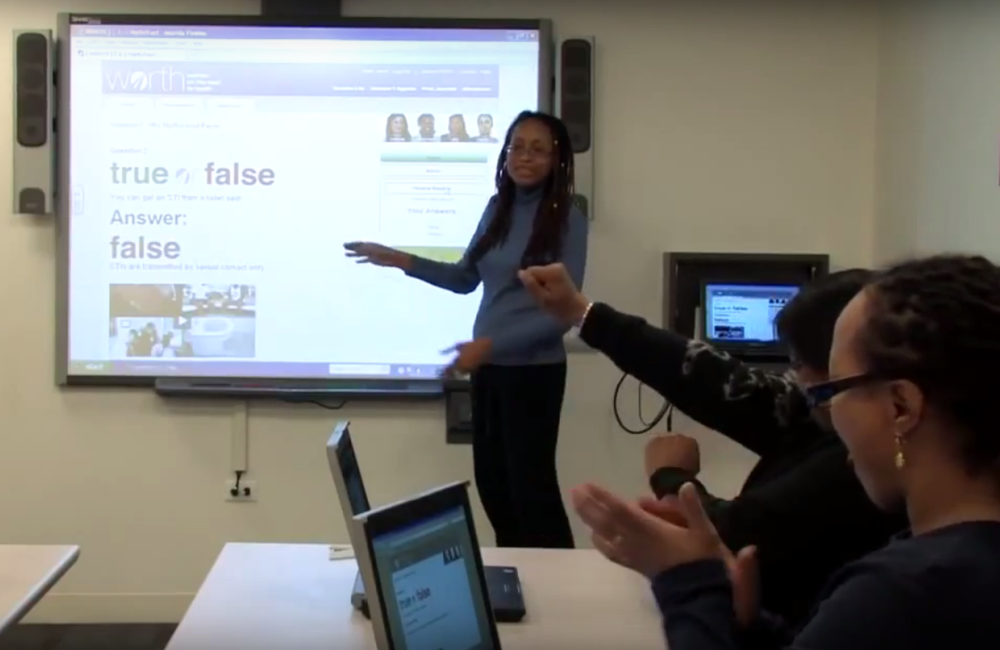 In 2018, Black women in the United Sates had 23 times the rate of new HIV infections than non-Hispanic White women. The structural racism that leads to these disparities also leads to Black women being overrepresented in the criminal justice system. Community supervision programmes are the largest segment of the justice system and include probation, parole, and community-based alternatives to incarceration programmes.

In 2016, one in every 23 Black adults living in the US were ordered by a court to participate in community supervision programmes, a rate 3.5 times higher than non-Hispanic White adults. Studies have found very high rates of HIV (up to 17%) and STIs (up to 25%) among samples of mostly Black women in these programmes. An estimated 45% of women in these programmes have a substance use disorder, which is a risk factor for HIV and STI acquisition.

Despite the great need for an intervention to address these STI and HIV risks among Black women in the criminal justice system who use drugs, no such intervention existed. Led by Dr Louisa Gilbert of Columbia University, researchers addressed this gap by developing a culturally tailored intervention using community-based participatory research methods.

Empowering African-American Women on the Road to Health (E-WORTH), is a culturally tailored adaption of a WORTH, a Centers for Disease Control and Prevention best practice HIV/STI intervention for women who use drugs. E-WORTH, designed to be delivered in low-resource community supervision programmes, is woven with Afrocentric themes of historical trauma and resiliency stemming from slavery, Jim Crow and mass incarceration. It covers the challenges faced by Black women in the criminal justice system, such as stigma, racism, and discrimination.

The multimedia content in E-WORTH featured fictional characters with different life stories of Black women impacted by HIV, the criminal justice system, and drug use. These characters provided motivational messages, modelled how to support other group members and demonstrated skills such as safer sex negotiation.

Gilbert and colleagues designed a randomised controlled trial, run from 2015 to 2019, that compared E-WORTH to a single 30-minute HIV testing intervention that has proven to be effective and cost-effective in substance use disorder treatment programmes. Both interventions were delivered by African-American facilitators. Free condoms were available to all study participants.

At baseline, the only significant difference between groups was STI rates. Thirty-six per cent of E-WORTH participants tested positive for an STI at baseline, compared to 26% of control participants. Six women in the control group and nine women in the E-WORTH group were living with HIV.

"The structural racism that leads to health disparities also leads to Black women being overrepresented in the criminal justice system."

The researchers said that the high rates of baseline STIs and high number of women reporting multiple sex partners (48%), along with structural factors such as homelessness, incarceration, and food insecurity, meant that this cohort was at an increased risk for HIV infection, even though only one new case of HIV was noted at 12 months of follow-up. Of note, E-WORTH did not cover pre-exposure prophylaxis and the new diagnosis of HIV at follow-up was in an E-WORTH participant.

The results of this study show that the culturally tailored E-WORTH intervention was acceptable and effective, with both statistically and clinically significant results. This speaks to the promise of E-WORTH as an STI/HIV prevention intervention among Black women in the criminal justice system, as well as the value in culturally tailoring other effective interventions to better serve the needs of people and communities most impacted by HIV.