Treatment for HIV-positive individuals with persistent viral replication despite therapy with multiple regimens is effective and safe over two years when it omits nucleoside reverse transcriptase inhibitors (NRTIs), provided patients have three active alternative drugs available, according to research published in the Journal of Infectious Diseases.

Guidelines recommend that people living with HIV who experience the virological failure of their antiretroviral therapy (ART) should start a new regimen including two, preferably three, new drugs. Although NRTIs have been the backbone of ART since the mid 1990s, this class of anti-HIV drugs is associated with numerous side-effects.

The OPTIONS study was open to treatment-experienced people taking a protease inhibitor-based regimen and experiencing virological failure. The participants had virus that was sensitive to at least three antiretrovirals and were randomised to receive a new regimen that omitted or added NRTIs. Treatment was selected after a review of treatment history and resistance testing.

The 48-week results showed that the rate of virological suppression among the people randomised to omit NRTIs was non-inferior to that observed in those randomised to receive an NRTI-containing regimen. In the present paper, Dr Rajesh Gandhi of Massachusetts General Hospital and colleagues extended their analysis through to week 96.

A total of 360 people were equally randomised into arms that omitted or added NRTIs as part of their optimised therapy. As previously reported, the most common optimised regimen was raltegravir, boosted darunavir and etravirine (56%), followed by raltegravir, boosted darunavir and maraviroc (14%). Almost all of those adding in NRTIs used tenofovir disoproxil, together with lamivudine, emtricitabine and/or zidovudine.

Virological data clearly showed that treatment that omitted NRTIs was non-inferior to therapy that added NRTIs. At week 96, rates of viral suppression (below 200 copies/ml) were 70% in the omit arm compared to 65% in the add NRTIs group, with 61% and 59%, respectively, having a viral load below 50 copies/ml.

Analysis of the 316 people who remained in follow-up at week 96 showed that rates of suppression below 200 copies/ml were 79% in the omit group and 75% among the people who added NRTIs (69% and 68%, respectively, for below 50 copies/ml).

The cumulative probability of virological failure at week 96 was 28% for the omit arm and 30% for the NRTI arm. Factors associated with higher odds of viral suppression included older age and starting a higher number of active antiretroviral drugs. Only in those adding NRTIs, people with a poorer quality of life at baseline were less likely to be virally suppressed at 96 weeks.

People in the omit group had higher cholesterol values and also higher Framingham cardiovascular risk scores than people in the NRTI group. The investigators speculate that this is because their regimens did not include tenofovir, which is known to lower lipids.

Conversely, renal outcomes were better among the omit group, again probably due to the omission of tenofovir.

Cumulative 96-week mortality rates in the omit and NRTI arms were 0.6% and 5.7%, but the difference was not statistically significant. There was no evidence suggesting common mechanisms or causes.

The investigators also report on an additional cohort of 53 people with very limited treatment options (two or fewer active drugs available). These data show that it is possible to construct optimised regimens capable of achieving viral suppression for people with extensive drug resistance and limited treatment options, though these new combinations did all include NRTIs.

The authors conclude that people experiencing virological failure can safely omit NRTIs from a future regimen if they have three new agents available. They also suggest that virological outcomes are likely to be even better with the use of second-generation integrase inhibitors, “leading to sustained virologic suppression in the vast majority of treatment experienced people with HIV-1.” 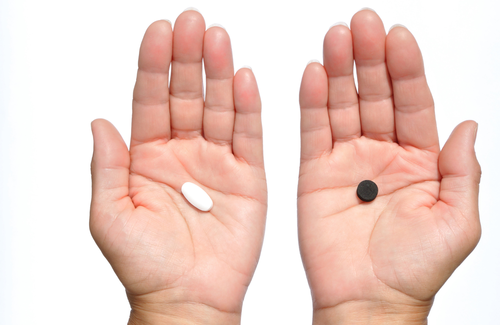 In an accompanying commentary, Drs Martin Hoenigl and Susan Little of the University of California San Diego suggest that the study is likely to inform future HIV treatment guidelines.

They also comment: “Future studies should evaluate the potential impact of NRTI regimens on mitochondrial function and persistent inflammation, as well as outcomes beyond 96 weeks, in order to assess the contribution of ART regimens on long-term non-AIDS outcomes. These studies evaluating longer term cardiovascular and other non-AIDS outcomes may also be needed to answer the question of whether there is a potential cardioprotective effect of sparing NRTIs.”

Treatment with fostemsavir plus optimized background therapy may be a viable treatment option in heavily treatment-experienced patients with multidrug-resistant HIV, according to results of a study in Clinical Therapeutics.
Infectious Disease Advisor
30 Jun 22
Injectable & long-acting HIV treatment

Theratechnologies to Focus Its Commercialization Activities on the North American Territory

“It is unfortunate that we had to come to this conclusion, but the pricing and reimbursement conditions for Trogarzo® [ibalizumab] in key European countries were not satisfactory to Theratechnologies."
Theratechnologies press release
28 Apr 22
Injectable & long-acting HIV treatment