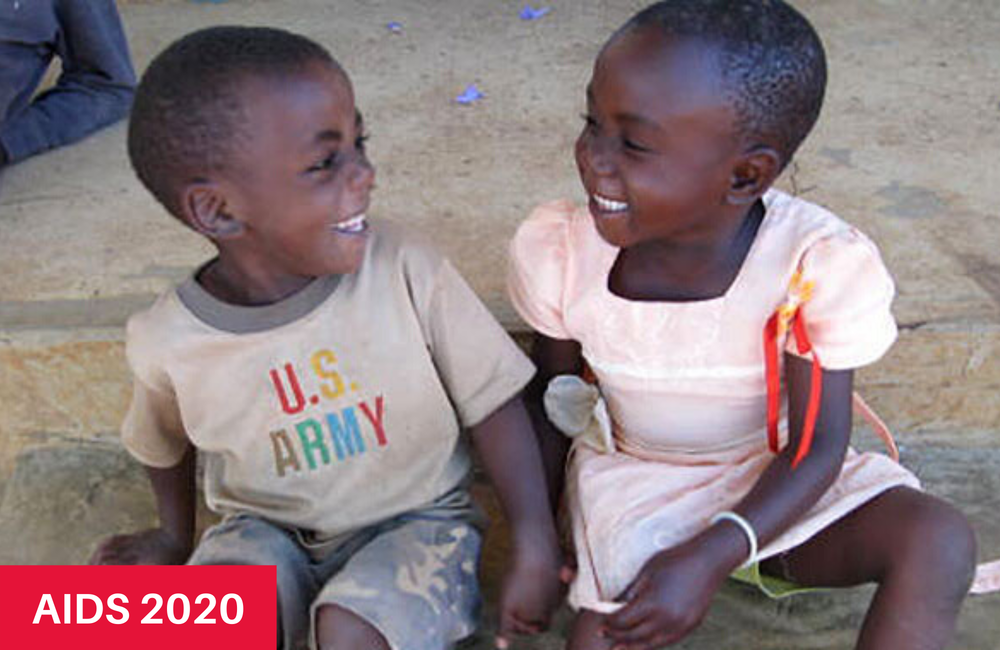 Despite growing up with more indicators of social disadvantage and with mothers who were HIV positive and were not all on antiretroviral therapy (ART), the HIV-uninfected children of those mothers generally did just as well as the children of HIV-negative mothers in terms of weight, height, health and mental development at age five, a study from South Africa shows.

The study was presented to the 23rd International AIDS Conference (AIDS 2020: Virtual) by Professor Mary-Jane Rotherham-Borus of the University of California, Los Angeles.

Many previous studies of uninfected children of HIV-positive mothers have provided data on children's first year or two, so the long-term follow up of this cohort is a strength. The study recruited almost all pregnant women who were living in 24 specific neighbourhoods in the periphery of Cape Town, South Africa in 2009-2010. A total of 1258 mothers were recruited and so far the researchers have followed the children of 1150 of them up to the age of eight. Three hundred and sixty-three mothers (32%) had HIV and the others were HIV negative.

The Philani study was a cluster-randomised trial to see if antenatal home visits by community health workers improved nutrition, child development and HIV-related outcomes, including taking ART to prevent mother-to-child transmission. Despite 354 out of 1258 mothers in the full study having HIV by the time they gave birth (29%), only 2% of the children were born with HIV or acquired it from their mothers.

The home visits had benefits in terms of child development and engagement with ART during pregnancy, although there was no subsequent difference between the two arms in terms of whether the HIV-positive mothers continued to take ART. The original study was conducted at a time when international guidelines did not recommend all HIV-positive mothers to continue with ART for life. Only 43% of mothers were successfully linked to an HIV clinic after their antenatal care, and less than a third continued to take ART.

Over the next eight years, the researchers continued to look at the development of the children of both positive and negative mothers. Several previous studies – including some by the same team – have shown the uninfected children of positive mothers to be at a disadvantage. Nonetheless, this has turned out not to be the case in this study, at least over the long term.

During follow-up, linkage to HIV care by the positive mothers increased, from 43% at baseline to 96% now. But until three years ago, only a third or less were taking ART ; since then, the proportion has risen, but only to 44%. During the eight years, 126 people – mothers and children, both positive and negative, or just over 5% of the total cohort – died.

Retention was good, with 84% of mums remaining in follow-up after eight years.

The researchers measured the ratio of weight and height to age as a general measure of the children’s development. They quantified these with Z-scores, which are a measure of how far outside the norm a specific measure falls. For a normal (unskewed) distribution of data a Z-score of above plus one indicates that the person falls approximately into the top 16% of the national population, and a Z-score of minus one into the bottom 16%.

For height, there was no difference throughout between the children of positive and negative mothers. However, all the children were slightly shorter overall than the national average, with the lowest Z-score at the age of three years (minus 1.2 for both groups) indicating average heights for age within roughly the bottom 12% of the population. However, this reverted to nearer the norm after that. In both groups, 6.9% of children fell within the threshold for stunted growth.

When it came to psychological development, there was no difference between the two groups of children on any measure – cognitive and motor skills, vocabulary or overall ability. The HIV-positive mothers’ children also showed no behavioural differences, with identical scores on questionnaires about aggressive behaviour, strengths and difficulties.

The researchers described their findings as “unexpected” and given that improvements to child health seem to have accelerated particularly in the last three to five years, interpret this as being possibly due to the improved health of mothers living with HIV.

The risk for birth defects among infants born to HIV-positive women using antiretroviral therapy is the same as those born to women in the U.S. general population, according to a 30-year review presented at the Conference on Retroviruses and Opportunistic Infections (CROI) 2021.
POZ
27 Mar 21
More editors' picks