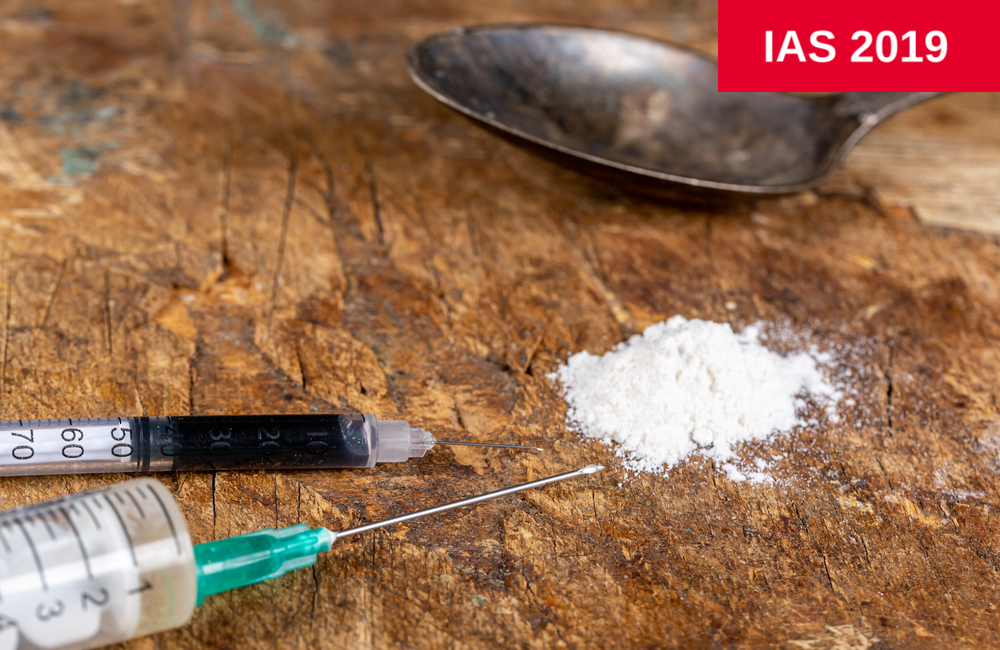 Being stopped, beaten or arrested by police, having syringes confiscated, and other policing practices are consistently associated with HIV infection and risk behaviours among people who inject drugs in many settings, Pieter Baker of the University of California San Diego told the 10th International AIDS Society Conference on HIV Science (IAS 2019) in Mexico City this week. Regular interactions between the police and people who inject drugs affect how people consume drugs and access HIV prevention programmes, he said.

Previous research has shown that drug criminalisation negatively impacts HIV prevention. Involvement with the police may result in incarceration, which has long been associated with elevated risk of HIV infection. Moreover, it has been documented that street policing practices – such as condom confiscation and harassment – increase HIV sexual risk among female sex workers.

However, the interaction between street policing and HIV injection-related risk among people who inject drugs had never been systematically evaluated. This led Baker and colleagues to conduct a systematic review on this topic. The purpose of the study was to describe the quantitative associations between policing practices and HIV risk among people who inject drugs that had been documented in the literature.

The investigators screened research abstracts on both health and sociological databases by searching keywords related to policing, law enforcement, injection drug use and HIV. Any study that showed a valid quantitative association between exposure to police practices and HIV infection or risky behaviour in people who inject drugs was considered eligible for this review.

A total of 8201 unique abstracts were reviewed, of which 175 full texts were assessed for eligibility. Qualitative studies, population-based studies and any study that did not use people who inject drugs as a primary unit of analysis were excluded. As a result, 26 articles originating from nine different countries – Russia, Ukraine, India, Thailand, Malaysia, China, Mexico, Canada and the United States – were eligible for the systematic review. The vast majority were published in the last decade.

All of the data included in the review were cross-sectional. Results were categorised as:

Due to the heterogeneity of both the outcomes measured and the results, it was not possible to pool the results in a meta-analysis.

In the first category, 18 bivariate associations were found between policing and HIV prevalence. Baker gave three examples showing the impact of policing practices on the likelihood of people who inject drugs acquiring HIV.

Forty-two bivariate associations between policing and risky injection behaviours were found. One striking example came from a Canadian study: people who inject drugs who had been stopped, searched or detained in the last six months were nearly six times more likely to share syringes with others in the same time period. A Mexican study showed that people who had ever been arrested for possession of a used syringe were 4.3 times more likely to borrow syringes.

The review also identified nine studies with fourteen bivariate associations between policing and hindered access to HIV prevention services. One found that in New York City, people who inject drugs who had been ‘stopped and frisked’ in the last 12 months were 2.1 times less likely to use syringe exchange programmes; while in a Chinese study, being afraid of police arrest was associated with a 12 times greater likelihood of not attending a methadone programme.

Interestingly, the studies included in the review came from a variety of socioeconomic and drug policy settings.

In conclusion, Baker highlighted how important it is to align interventions with public health, and how crucial drug policy reform is. Police encounters with people who inject drugs are too often a source of harm, but could be better aligned with public health priorities. For example, his colleagues have been involved in training police units in Mexico.

“Policing and criminal justice reform is an HIV prevention imperative”, he concluded.

Neglect of infectious diseases in prisons highlighted at AIDS 2016

San Francisco’s proposal to open a dozen so-called wellness hubs where people can use drugs under the supervision of trained staff, including a couple by next June, has stalled because of legal and logistical issues.
San Francisco Chronicle
12 Dec 22
Harm reduction