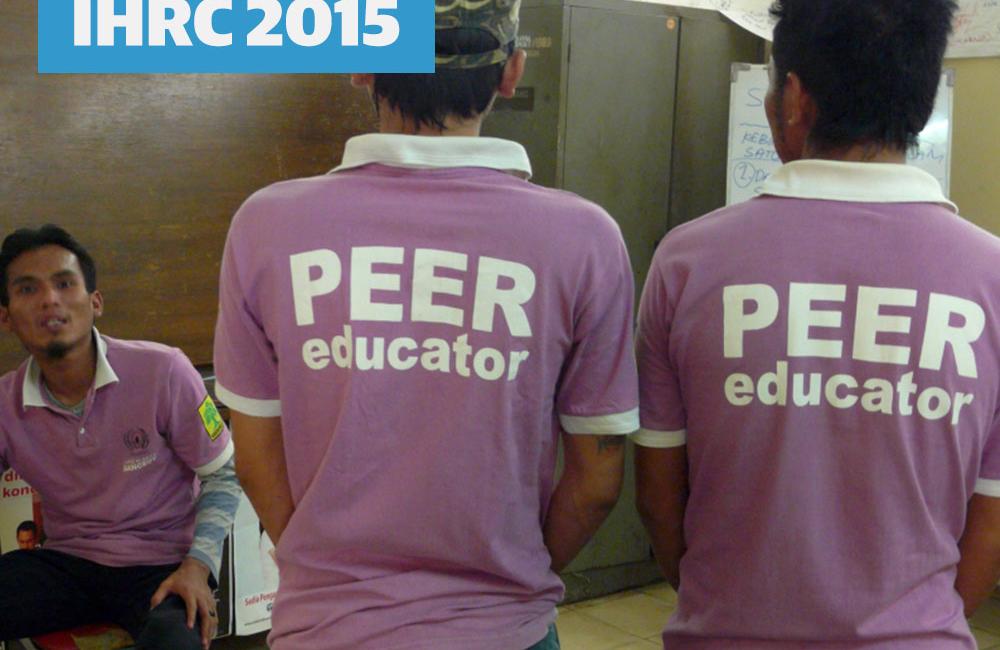 A series of pilot projects in China, Indonesia and Cambodia are showing that non-coercive, community-based drug treatment projects are feasible and more effective than the approach of many Asian countries, incarceration and compulsory treatment. The findings were presented at the 24th International Harm Reduction Conference in Kuala Lumpur, Malaysia and in a report launched at the conference.

Half of the world’s opiate users and the greatest concentration of people who inject drugs live in Asia, which also has the world’s largest market for amphetamines.

While governments around the world have favoured prohibitionist and punitive approaches to drugs, this tendency has been especially strong in Asia. As well as imprisoning and executing significant numbers of people who use drugs, eleven countries make significant use of compulsory detention centres in which ‘treatment’ and ‘drug rehabilitation’ is forced on inmates. The interventions used in these centres are not evidence-based and are often delivered by unskilled staff. After release, rates of relapse to drug use are high.

In 2012, a dozen United Nations agencies called for compulsory detention centres to be closed, but several countries have opened more since then. As there is limited published evidence on effective community-based alternatives in Asian countries, Harm Reduction International decided to document examples in six countries with the hope that this may help countries transition away from coercive approaches to drug treatment.

The services described are typically small programmes that exist alongside larger networks of compulsory detention centres. They come from Cambodia, China, India, Indonesia, Malaysia and Vietnam.

Based on the examples, Claudia Stoicescu outlined several essential components and minimum requirements for these services.

First, all provide services on a voluntary basis – enrolment is not coerced and there are no legal repercussions to discontinuing treatment.

Second, most employ a client-centred approach in which the services are tailored to the needs of the client. For example, the drug treatment programme of Rumah Cemara (Bandung, Indonesia) combines 12-step, therapeutic community and peer-led approaches. The clients take an active role in the design of their treatment plans and set their own objectives – from abstinence to a reduction in drug use. Such approaches are felt to help attract, retain and empower clients.

Third, all the projects have strategies to facilitate the meaningful involvement of people who use drugs (and civil society organisations) in the delivery of services. Returning to the Indonesian example, Rumah Cemara is a grassroots organisation set up by five former drug users, most workers are former users, and the services are seen to be peer-based. Nonetheless the involvement of peers in some of the other examples is less extensive – for example only implementing outreach activities.

Fourth, the services are provided in a context of comprehensive health and psychosocial care services. As well as drug dependence treatment, harm reduction and social support services are offered.

Sixth, the services have been developed in context of drug policy reform, albeit gradual. For example, while Cambodian law continues to be harsh on drug offences, a 2010 policy compels government agencies to develop mechanisms to provide a range of health and social support services, from detoxification to rehabilitation and re-integration for drug users.

Finally, several services formed partnerships with law enforcement agencies. For example, the Peace No. 1 Rehabilitation Centre (Yunnan, China) works with the local police, so that people who use drugs and people released from compulsory detention are offered a (voluntary) referral to the centre by the police. Also, the police have agreed not to arrest people for minor drug offences in the vicinity of the centre and new officers will be trained on harm reduction.

Dr Adeeba Kamarulzaman commented that the examples show “not only that is it possible to move away from these punitive responses, but also that these models of community-based treatment and support are effective and associated with positive health and social outcomes.”

Surviving the COVID-19 Era: Stories of People Who Use Drugs from Russia, Ukraine and Norway

This article covers interviews with three activists from Ukraine, Russia and Norway and shares their insights concerning the effects of COVID-19 on people who use drugs and the responses from the community and governmental levels.
International Drug Policy Consortium
3 Jul 20
Harm reduction

Aubri Esters, an advocate for safe drug use on the streets, dies at 35

Aubri Esters treated with compassion those whose lives many consider disposable, such as drug users she sometimes could save — and sometimes couldn’t.
Boston Globe
16 Jun 20
Harm reduction

Highly detailed surveillance data in the Canadian province of British Columbia offered an opportunity to study the impact of the public health response to the opioid crisis. How many deaths were averted by take-home naloxone, opioid substitution therapy, and drug consumption rooms?
Drug & Alcohol Findings
8 Jun 20
Coronavirus

Extending the reach of Needle Exchanges through postal delivery

Due to COVID-19, many services across Scotland are trialling a postal mailing service for Injecting Equipment Provision (IEP). The intention is to provide safe and sterile injecting equipment to people who inject drugs while lockdown and social distancing measures are in place.
Scottish Drugs Forum
4 Jun 20
Harm reduction