Exposure to dolutegravir at the time of conception or during the first three months of pregnancy is associated with a small increased risk of neural tube defects, longer-term follow-up of a national birth cohort in Botswana has found. The risk is lower than preliminary results suggested, and the World Health Organization (WHO) has recommended that dolutegravir should be available for all women.

The results were presented on Monday at the 10th International AIDS Society Conference on HIV Science (IAS 2019) in Mexico City and published simultaneously by the New England Journal of Medicine.

Concerns arose regarding the safety of dolutegravir during pregnancy after a surveillance study in Botswana reported that preliminary results indicated an increased risk of neural tube defects in infants exposed to dolutegravir at conception or during early pregnancy. 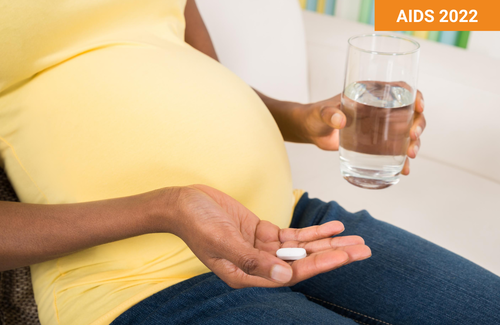 Those findings led WHO to issue a statement advising that women taking dolutegravir should not stop treatment, but that women of childbearing age could use efavirenz instead. In July 2018, new adult treatment recommendations from WHO stated that dolutegravir could be used where women and adolescent girls have access to consistent and reliable contraception.

However, further follow-up of birth outcomes in Botswana was needed and today’s findings show that although the risk of neural tube defects is somewhat higher if dolutegravir is taken at the time of conception or in early pregnancy when compared to other antiretroviral drugs, the difference in risk between dolutegravir and other antiretrovirals is the equivalent of two extra cases of neural tube defects for every 1000 women exposed to the drug.

“There is still a risk that we and countries need to monitor closely, but at this point, dolutegravir should be accessible for women of childbearing age due to the overwhelming benefits it offers,” Meg Doherty, Coordinator of Treatment and Care in the Department of HIV/Hepatitis and STIs at WHO, said. “What treatment options to pursue is a decision that a woman should make in consultation with her healthcare provider.”

Botswana embarked on a birth outcomes surveillance programme in 2014 after it became the first country in sub-Saharan Africa to provide dolutegravir as a first-line treatment option. At that time there was little information about the impact of dolutegravir on birth outcomes and it was judged important to monitor any adverse effects associated with the drug. Adverse birth outcomes associated with the use of other antiretroviral drugs in pregnancy, such as pre-term births, had only come to the attention of researchers after widespread use.

The risk of neural tube defects is highest at the time of conception and in the first trimester of pregnancy, so it is important to rule out any harmful effects of drugs taken at this time.

The surveillance programme expanded from 8 hospitals to 18 in 2018 and has now captured data on the outcomes of 119,477 deliveries up to March 2019.

In women who started dolutegravir-based treatment during pregnancy, there was no significant difference in the prevalence of neural tube defects when compared to HIV-negative women.

Neural tube defects occurred in three in a thousand deliveries on dolutegravir in the Tsepamo study, a rate of two excess defects per 1000 exposures. The authors note that with the exception of efavirenz, there are no data on the rate of neural tube defects associated with other antiretroviral drugs.

Additional surveillance in other health facilities identified a further 3076 deliveries at 22 facilities between October 2018 and March 2019 not included in the Tsepamo study. Of these, 742 births occurred in women living with HIV. Seventy-three percent of women were on antiretroviral therapy (ART) at the time of conception, and of these, 28% of births occurred in women taking dolutegravir.

Brazil introduced dolutegravir into its national treatment programme in 2017 and by May 2018, 22,614 women aged 15 to 49 were taking dolutegravir. Using the national ART database, a national cohort study was established. Women exposed to dolutegravir or raltegravir at conception or during pregnancy between January 2015 and March 2018 were identified and compared to women exposed to efavirenz, the first-line alternative.

In total, 1468 women were included; 382 had been exposed to dolutegravir (including 78 also exposed to raltegravir) and 1086 to efavirenz and/or raltegravir.

The risk of neural tube defects is increased by maternal folate deficiency at conception and in early pregnancy. WHO recommends folate fortification of food and folic acid supplementation for pregnant women.

Several speakers at the conference drew attention to the lack of folate supplementation in Botswana. Mmakgomo Mimi Raesima of the Botswana Ministry of Health said that as Botswana is dependent on food imports from South Africa, a national policy has been lacking. In Brazil, just under half of women received folic acid supplements during pregnancy and folate fortification of food is national policy.