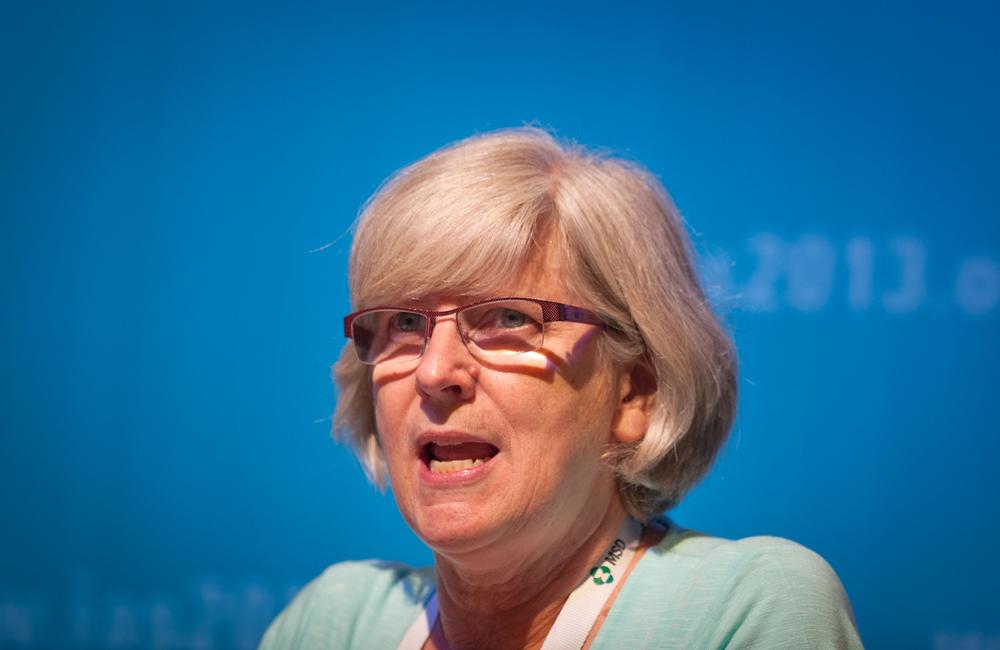 People with HIV experience less bone loss if they switch to a NRTI-sparing second-line regimen containing raltegravir, researchers reported last week at the 7th International AIDS Society Conference on HIV Pathogenesis, Treatment and Prevention in Kuala Lumpur. Other studies showed that HIV infection is associated with increased risk of hip fractures and shed light on different mechanisms of bone loss associated with HIV and hepatitis C.

Numerous studies have reported a link between HIV and reduced bone mineral density (BMD), including osteopenia and the more severe osteoporosis. It is not yet clear whether this is attributable due to HIV infection itself, resulting inflammatory and metabolic changes, antiretroviral toxicity or some combination of factors.

While several studies have looked at bone changes after starting initial antiretroviral therapy (ART) or switching drugs while on suppressive treatment, what happens after switching from a failing regimen to second-line therapy is less well understood.

In general, initial ART studies typically show early bone loss soon after starting therapy, which stabilises after a few months. Bone loss has been linked to use of NRTIs – especially tenofovir (Viread, also in single-tablet regimens) – and protease inhibitors; the effect of integrase inhibitors on bone density is not well characterised.

Jennifer Hoy from the Alfred Hospital in Melbourne and colleagues looked at changes in bone density among a subset of participants in the SECOND-LINE trial who switched regimens due to virological failure of their initial non-nucleoside reverse transcriptase inhibitor (NNRTI) combination.

Conducted in 37 countries across the globe, SECOND-LINE compared the safety and efficacy of a World Health Organization-recommended second-line regimen – lopinavir/ritonavir (Kaletra or Aluvia) plus two or three nucleoside/nucleotide reverse transcriptase inhibitors (NRTIs) – versus a NRTI-sparing regimen of lopinavir/ritonavir plus the integrase inhibitor raltegravir (Isentress).

The bone sub-study included 210 participants at eight sites in five middle-income countries (Argentina, India, Malaysia, South Africa and Thailand) that had capacity to do dual energy X-ray absorptiometry (DEXA) scans. DEXA was performed at baseline and at week 48, measuring BMD at the proximal femur and the lumbar spine.

Men and women were equally represented, though there were more men in the NRTI-containing arm. The mean age was 38 years and very few of the women were menopausal. Participants were mostly Asian (51%) or African (43%). Hoy noted that this differs from most ART bone studies to date, which have looked largely at white men.

Participants had been on their NNRTI-based first-line regimen for approximately three years on average; prior use of protease or integrase inhibitors was excluded. Half had used d4t (stavudine, Zerit), a third had used AZT (zidovudine, Retrovir) and 17% had used tenofovir. The median CD4 count was low, around 200 cells/mm3. Most people saw their viral load re-suppressed after they started their study regimen.

Two thirds of study participants had a body mass index (BMI) below 20 kg/m2 (with 18.5 the threshold for being considered underweight). While 17% were current smokers, two-thirds were past smokers. About 30% had spine osteopenia and 20% had femur osteopenia already at baseline.

As hypothesised, people randomised to the raltegravir-containing regimen saw less decline in bone density. BMD decreases at 48 week were significantly smaller in the raltegravir group compared with the NRTI group both at the femur (-2.9 vs -5.2%, respectively) and at the spine (-2.0 vs -4.2%). This finding was mirrored by significant differences in T-scores and Z-scores, two standardised comparative measures of bone density.

However, the likelihood of developing osteopenia or osteoporosis was similar between the two groups. Among raltegravir recipients, the incidence of osteopenia was 7.6% at both the femur and spine, compared with 7.5 and 8.6%, respectively, among NRTI recipients. Corresponding osteoporosis rates were 1.0% at the femur and 3.8% at the spine for raltegravir recipients compared with 3.2 and 5.4%, respectively, for NRTI recipients.

The magnitude of bone loss seen in this first study looking at ART-experienced patients with virological failure on a first-line regimen was "similar to that observed in ART-naive patients initiating therapy", the researchers concluded.

"The loss of BMD was least in participants treated with raltegravir and greater in those exposed to tenofovir throughout the study," they continued. "These data confirm that reduction in BMD secondary to ART remains a significant co-morbidity in the long-term management of HIV."

While the link between HIV or its treatment and some degree of bone loss is evident, it is less clear whether this enough to lead to clinical consequences such as fractures.

Hernando Knobel and colleagues from Barcelona conducted a population-based cohort study to explore the association between HIV and major fractures, in particular of the hip.

The researchers looked at patients in the Spanish SIDIAPQ database, which contains information on more than two million individuals receiving care within the public health system in Catalonia. Out of a total population of 1,118,587 patients age 40 or older, Knobel's team identified 2489 (0.22%) who had a diagnosis of HIV or AIDS, with a median follow-up period of three years.

The researchers looked at incidence of hip fractures and major osteoporotic clinical fractures involving the spine, wrist or forearm, pelvis and humerus (upper arm) during 2007 to 2009. They also obtained information on fractures involving hospitalisation from a hospital discharge database.

As the database contains information reported by physicians, the investigators were not able to consistently distinguish between fragility fractures (due to weak bones) and traumatic fractures (due to injury), Knobel explained. They also did not have details about the patients' HIV disease status or antiretroviral treatment.

After adjusting for other factors that influence bone risk, the hazard ratio for hip fracture among people with HIV/AIDS was 4.7, or about five times higher likelihood. For all clinical fractures, the hazard ratio was 1.8, or nearly twice the risk. Both were statistically significant.

"We found a strong association between HIV infection and hip fracture incidence, with an almost five-fold increased risk in the HIV-infected patients, independently of gender, age, body mass index, smoking, alcohol consumption and other co-morbidities," the investigators concluded. Similarly, "we report a 75% higher risk of all clinical fractures among HIV-infected patients."

Breaking the findings down by age, the researchers found that HIV-positive and HIV-negative people had similar fracture risk until about age 65, at which point people with HIV began to show an elevated risk. At around the age of 70, there was a dramatic jump in fractures among the HIV-positive group. However, there were few people with HIV in the oldest age groups, suggesting these age-stratified results should be interpreted with caution.

In another study presented on Wednesday 3 July, Roger Bedimo from the University of Texas Southwestern Medical Center and colleagues looked at mechanisms contributing to bone changes in people with HIV, hepatitis C and HIV/HCV co-infection.

Like HIV, HCV has been independently linked to decreased BMD in several studies. Both HIV and HCV cause persistent inflammation that may worsen bone loss, and liver damage related to hepatitis C may also play a role.

This prospective, cross-sectional study included 168 men, of whom 62 had HIV alone, 45 had HCV alone, 28 were co-infected and 33 had neither virus. The average age was about 55 years. A majority were African-American, followed by Caucasians, but proportions varied among the groups. About half were smokers, with a higher proportion in the uninfected control group. The HIV-positive participants were on suppressive ART, with about 75% taking tenofovir and 55% using protease inhibitors.

As expected, HIV and HCV infection were both significantly associated with lower bone density T-scores at the femoral neck and hip. Spine bone density was also lower but the difference did not reach statistical significance. No interaction was seen between the two infections.

While people with HIV showed evidence of both higher bone formation and resorption, there was no increased resorption seen among people with HCV alone. Bedimo explained that this could be due to differential effects on osteoprotegerin and RANKL, which influence bone destruction by osteoclasts.

"HIV and HCV independently lower BMD and T-scores," the researchers concluded. They added that impact of HIV on BMD "could be explained by increased [bone] turnover," which does not appear to be driven by the RANKL/osteoprotegerin system. HCV, in contrast, "is not associated with increased bone resorption."

These findings, Bedimo explained, suggest it is possible that bone loss seen in people with HIV is "all or mostly driven by ART and not HIV itself". Immune reconstitution on ART may also play a role, as some studies suggest people with better viral suppression have lower BMD.