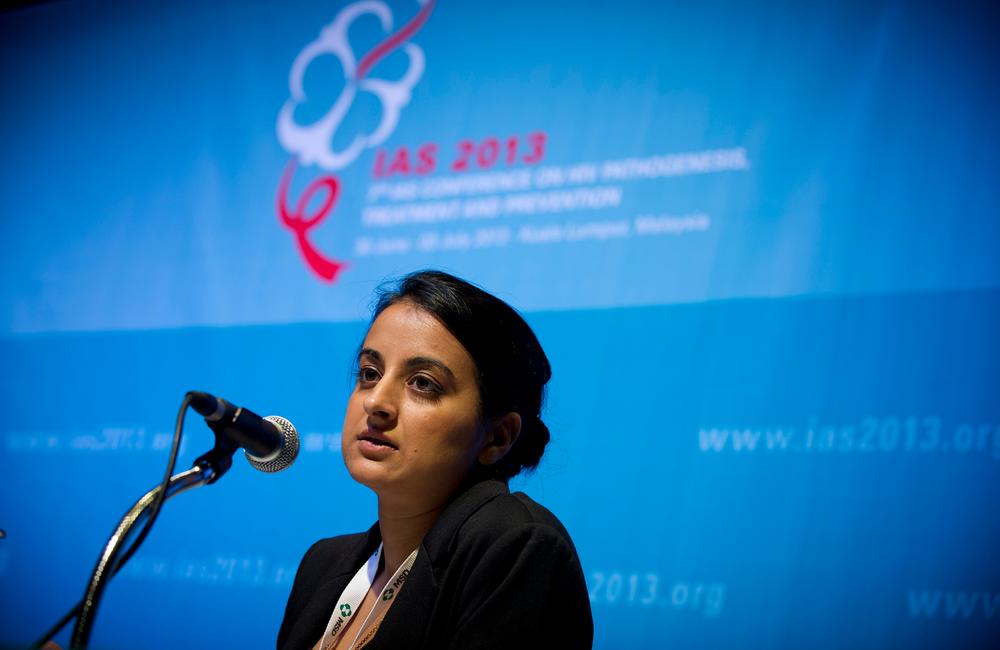 Scientists should not only create knowledge to improve the HIV epidemic, they also have a duty to speak out about human rights abuses and ensure that access to effective, high quality HIV prevention, care and treatment programmes are unimpeded by laws, stigma and discrimination, experts in human rights and law asserted at several sessions held during the 7th International AIDS Society Conference on HIV Pathogenesis, Treatment and Prevention last week in Kuala Lumpur.

In many countries, the criminalisation of HIV non-disclosure, exposure and transmission, criminal laws on sex work, sodomy or anti-homosexuality laws, and/or the criminalisation of people who use illegal drugs, are impeding the HIV response, Aziza Ahmed, assistant professor of law at Northeastern University told the conference.

“We are undermining our own efforts by not taking a stronger stand to overturn and change laws and regulations that are further marginalising and stigmatising some of the most vulnerable individuals in the context of the HIV epidemic,” she asserted.

Countries where there are no such laws, or where a harm reduction approach is taken, tend to have more successful HIV programmes, said Ahmed, because key populations at risk of HIV, or those living with HIV, feel able to access prevention, care and treatment programmes without a disabling fear of discrimination or prosecution.

Ahmed, who served as member of the Technical Advisory Group for the Global Commission on HIV and the Law, also highlighted that laws and regulations are structuring what we know about the HIV epidemic, impacting on funding, research and programme implementation.

“Conditions on aid funding are often premised on the same fears and the same politics that actually undermine the very HIV efforts that they support,” noted Ahmed, citing the Anti-Prostitution Loyalty Oath, recently struck down by the US Supreme Court for US-based organisations, but still operational outside the United States.

"Discrimination does nothing good for anyone."

At least 44 countries still have some form of entry, stay, work or residence restrictions for people with HIV, according to data presented at Tuesday’s satellite session on HIV-related travel restrictions co-convened by the International AIDS Society (IAS), UNAIDS, European AIDS Treatment Group (EATG) and the Global Network of People Living with HIV (GNP+).

The session included emotional personal testimony from Owie Franco who was tested for HIV without his consent when he moved to Saudi Arabia for work, detained for two weeks and deported back to his home country of the Philippines. “I was not treated with dignity," he said, with powerful understatement.

The satellite session heard that scientists and clinicians can help change such problematic laws, policies and practices through advocating for a rational, rights-based approach. "Such laws and policies have nothing to do with public health, they are about political expediency,” stated noted Malaysian political activist, Marina Mahathir, during a lively discussion on strategies to improve human rights and migration issues for people living with HIV. "Discrimination does nothing good for anyone," she concluded.

Clinicians can help policymakers act to challenge stigma and discrimination

Many countries in Asia are facing concentrated epidemics amongst key populations, where providing HIV prevention and treatment services are hampered by HIV-related stigma. Wednesday’s professional development workshop, ‘Breaking Through Stigma: The Missing Component in Biomedical Prevention Efforts’, highlighted the role that clinicians and scientists can play in helping to improve the policy response to HIV.

“Stigma and discrimination must be recognised as a significant barrier to the HIV response,” said panellist, John De Wit, Professor and Director of the Centre for Social Research in Health at the University of New South Wales, “and scientists, clinicians and policymakers must be made to recognise this and act on changing this.”

Madhumita Das, senior technical specialist at the International Center for Research on Women’s (ICRW) Asia Regional Office highlighted a pilot stigma reduction intervention in India. ‘Stigma Busters’ is part of a larger effort to adapt and pilot test a global stigma-reduction framework to the Indian context. It successfully trained and mobilised members of India’s local governing bodies known as Panchayat in Nandi, Karnataka state, to lead stigma-reduction efforts in five communities and to create a platform for ongoing dialogue between the Panchayat and people living with HIV. The Indian government is now planning to integrate a stigma-reduction framework into its National AIDS Control Programme.

Professor Ahmed ended her plenary talk with a call to action for the scientists and clinicians attending the conference. “We cannot simply produce knowledge about the HIV epidemic, it is our duty to ensure that we create a legal and policy…environment that does not discriminate, that does not stigmatise, and does not marginalise the very people who need support and care."

Her words were apparently heeded by the conference’s International Chair, IAS President Françoise Barré-Sinoussi, who used the opportunity of Wednesday’s closing session to condemn the recent reinstatement of Provision 39A, which allows forced HIV testing of suspected sex workers, drug users and undocumented migrants in Greece.

“As President of the IAS, I strongly condemn this move and urge the Greek Government to rethink its position,” she said. “HIV infections are already increasing in Greece due to the economic crisis and a mandatory policy of detainment and testing will only fuel the epidemic there.”

Barré-Sinoussi added: “As we keep repeating over the years, there will be no end to the HIV epidemic without advancing human rights in parallel.”

A colonial-era law criminalizing gay sex has officially been repealed in Singapore, but along with it comes a constitutional amendment that keeps same-sex marriages firmly out of reach.
VICE
1 Dec 22
HIV & criminal law

The Pennsylvania law increases penalties for spitting on a police officer and committing actions the could transmit HIV, hepatitis B and other communicable diseases.
POZ
18 Nov 22
Employment

According to Ukrainian military intelligence, Russia’s Wagner private military company has "mobilized" more than 100 prisoners with confirmed HIV or hepatitis C from a penal colony. They are obliged to wear bracelets to identify their medical condition.
Kyiv Post
31 Oct 22
More editors' picks