Ambitious plans for treatment as prevention in Asia, but challenges remain 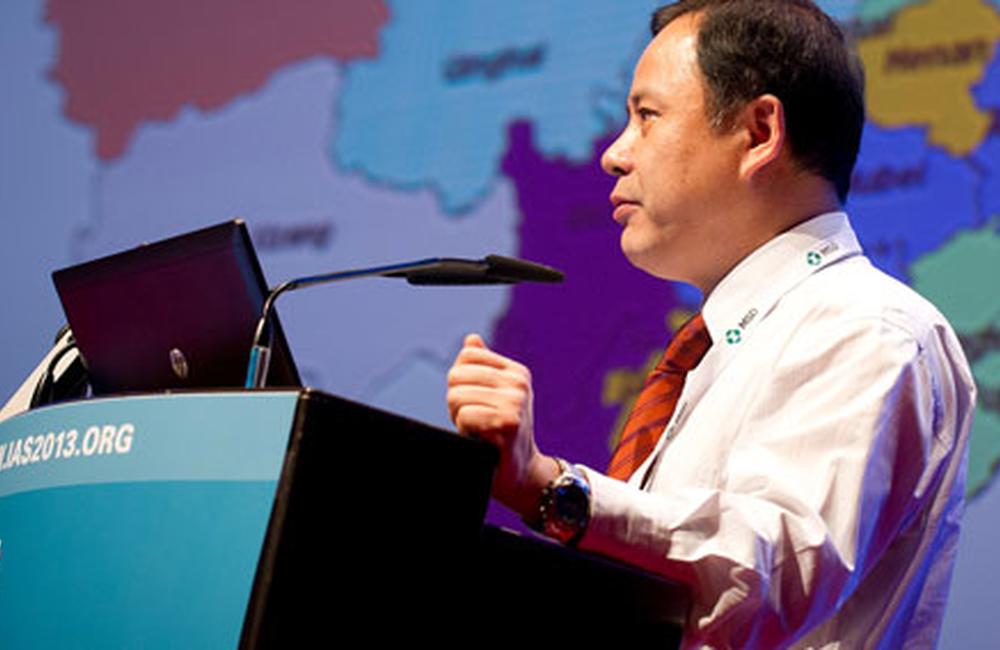 Countries such as China, Cambodia and Vietnam have made strong commitments to curbing their HIV epidemics through the expansion of HIV testing and antiretroviral treatment, but numerous challenges remain, according to speakers at 7th International AIDS Society Conference on HIV Pathogenesis, Treatment and Prevention in Kuala Lumpur this week.

The uptake of counselling and testing is low in many key populations, stigma remains a very real issue, a substantial number of people are not linked to care or become lost to follow-up, adherence is sub-optimal and most countries are reliant on international donors to sustain their programmes, the conference heard.

With just under five million people living with HIV, the Asian region has the second highest HIV burden in the world, after sub-Saharan Africa. No country in the region has a generalised epidemic – the greatest burden is among injecting drug users, men who have sex with men, sex workers and their clients.

But significant progress has been made in several south and south-east Asian countries. In Cambodia, India, Malaysia, Burma, Nepal and Thailand, the rate of new HIV infections fell by more than 25% between 2001 and 2011.

And while political leadership is lacking in some countries, others have announced ambitious plans, galvanised by the HPTN 052 trial of treatment as prevention.

Cambodia has already brought antiretroviral treatment to 87% of those eligible

In a plenary, Dr Mean Chhi Vun of the Cambodian Ministry of Health announced ‘Cambodia 3.0’, a plan that aims to eliminate new HIV infections in the country by 2020. Having already brought antiretroviral treatment to 87% of those eligible for it (the highest rate in the region) the focus will now be on rapid identification of new cases and immediate therapy; peer-initiated prevention work and linkages to services for most at-risk populations; and better integration of reproductive health, tuberculosis and HIV services.

China’s five-year plan (published in February 2012) set a target for more than 80% of eligible people receiving antiretroviral therapy. Current guidelines recommend that people who are in a serodiscordant relationship should take therapy, whatever their CD4 count, as long as they wish to and can adhere. China will now need to decide if it will implement the World Health Organization’s new guidance, recommending HIV treatment at CD4 counts below 500 cells/mm3, rather than 350 cells/mm3.

China’s plan also includes goals on scaling up HIV testing, especially for pregnant women, and condom distribution. It aims to increase interventions for sex workers, people using drugs and men who have sex with men, without fully addressing the human rights issues for these populations.

Vietnam is currently completing a pilot of WHO and UNAIDS’ Treatment 2.0 programme in two provinces, which incorporates simplified diagnostic tools, a low-cost community-led approach to delivery and community mobilisation in order to facilitate scale-up. In Vietnam there has been a particular focus on improving the care cascade for key populations, including integrating provision of methadone maintenance therapy, HIV testing and HIV treatment as a ‘one-stop’ service.

The speed at which access to treatment has already been expanded in these countries is highly impressive. In the year 2000, nobody was taking therapy in Cambodia and now almost 50,000 people are (87% of those eligible). During the same time, China – where the population is one hundred times greater but HIV prevalence considerably lower – treatment coverage has gone from zero to over 80% of adults with a CD4 count below 350 cells/mm3, Dr Fujie Zhang of the National Center for AIDS/STD Prevention and Control (NCAIDS) told the conference.

Moreover, the newer treatment guidelines for people in serodiscordant couples with more than 350 CD4 cells/mm3 are still to be fully implemented. In 2012, one in five was receiving treatment.

But the approach is beginning to pay off, he suggested. Whereas data from an eight-year period released last year showed that HIV transmissions were reduced by 26%, he presented new data from the year 2011 alone, suggesting a 52% reduction. Just over 30,000 couples were followed – amongst those not on treatment, the incidence rate was 2.1% a year (two in one hundred acquired HIV each year), compared to 1.0% when the positive partner was taking treatment.

But these rates remain poorer than that seen in the HPTN 052 clinical trial, most likely because adherence was not as good as it could be.

Dr Ying-Ru Lo of the World Health Organization’s regional office underlined the importance of plugging gaps in the treatment cascade. In Vietnam, she said, there are estimated to be around 250,000 people living with HIV, of whom 200,000 know their status. The biggest gap comes next – just 72,000 people are linked to care, of whom 61,000 are on therapy.

Dr Ying-Ru’s figures were not the same as Dr Fujie’s, underlining the point she made about uncertainties in the data and the importance of developing more robust public health surveillance systems to accurately measure the problem.

Dr Mean of Cambodia outlined some of the steps that have been taken over the past decade to tighten up the country’s treatment cascade. Voluntary HIV testing, initiated by healthcare providers, is now available at a quarter of the country’s 1049 community health centres (which provide antenatal and tuberculosis services, amongst other things), rather than just referral hospitals. Moreover health centres without testing facilities have been linked to centres that could offer the service, which has been key in expanding coverage.

The ambition in Cambodia 3.0 is for all health centres to offer point-of-care HIV testing (rather than taking blood samples for laboratory testing), which will substantially streamline the number of steps required to make a diagnosis and link to care. Furthermore, there will be a greater integration of antenatal, TB and HIV services.

Dr Bui Duc Duong of the Viet Nam Authority of HIV/AIDS Control said that point-of-care CD4 testing could cut out what had previously been a three-to-four month wait for CD4 results and, if necessary, commencement of treatment. But he also pointed out that, at present, 51% of people start treatment at a CD4 cell count below 100 cells/mm3, underlining the urgency of expanding access to treatment, regardless of its prevention benefit.

Moreover, late diagnosis is especially common in key populations. Forty per cent or less of injecting drug users, men who have sex with men and female sex workers have been tested in the previous year, he told the conference.

But there may be greater scope to scale up HIV testing and treatment in a concentrated, rather than generalised epidemic, because the pool of people to identify and treat is concentrated and relatively small. A recent modelling study, based on a Vietnamese province, found that reaching all people who inject drugs with testing and treatment would cost only 7% more than current activities, but avert 75% of all new HIV diagnoses.

Dr Mean said that expanding community based testing for sex workers, injecting drug users and men who have sex with men was part of Cambodia’s plans. Moreover, he expressed a commitment to working with civil society and peer networks to work with these populations on linkages to health services. “We do not have GIPA but we have RIPA,” he said, referring to the ‘real’ involvement of people living with AIDS and most at-risk populations.  “They are involved not only in service delivery, but also policy formulation, programme design, and monitoring and evaluation,” he said.

He acknowledged that stigma, discrimination and other structural barriers remained considerable obstacles to improving the health of marginalised groups. For example, laws designed to curtail human trafficking had led to a rapid and disorganised closure of brothels and drove sex workers underground, making them much harder to reach.

Across the region, people who use drugs are frequently detained in compulsory drug ‘treatment’ centres. Police activity frequently hinders the delivery of any health services to this population.

Other structural barriers to sustainable delivery of treatment as prevention are the strength of country’s health systems and finance. In Vietnam and Cambodia, respectively 73 and 90% of funding comes from international donors, but there is pressure for the domestic contribution to increase. China, however, largely pays for its own response to HIV.

Conference speakers identified a number of research questions to address:

Mean Chhi Vun. Achieving Universal Access and Moving towards Elimination of New HIV Infections in Cambodia. 7th IAS Conference on HIV  Pathogenesis, Treatment and Prevention, Kuala Lumpur, abstract MOPL0103, 2013. View the slides and a webcast of the presentation on the IAS conference website.

Symposium: Treatment as Prevention in Asia: Progress and Challenges. 7th IAS Conference on HIV  Pathogenesis, Treatment and Prevention, Kuala Lumpur, abstract WESY02, 2013. View slides and a webcast of the symposium on the IAS conference website.