In the real world HIV has changed; in the courtroom it is still the 1980s 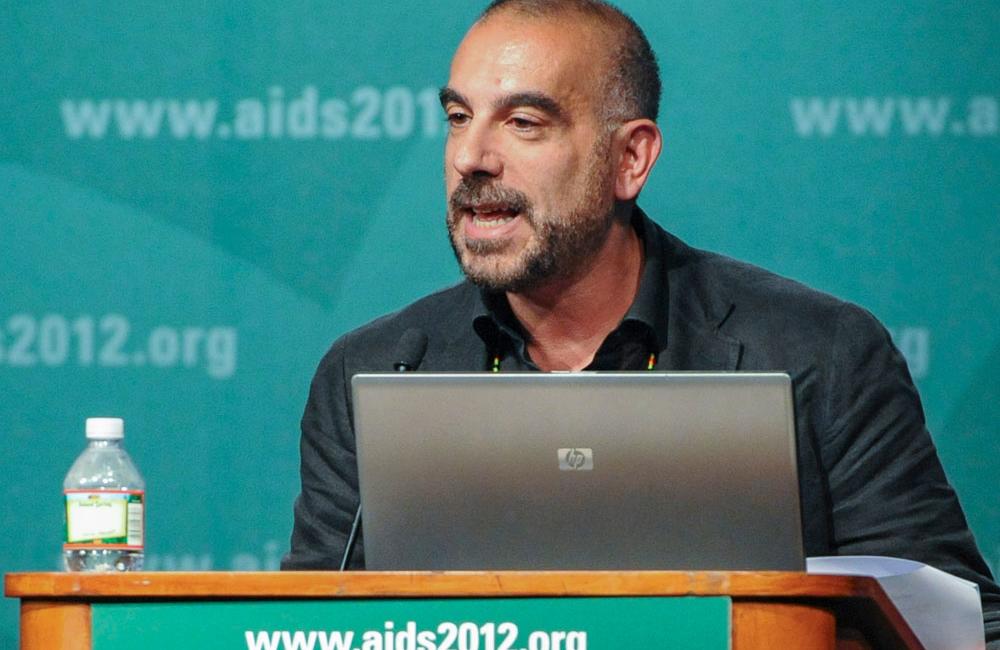 In the midwestern American state of Michigan, prosecutors and judges still consider HIV infection to be a death sentence and are dismissive of scientifically grounded arguments about transmission risk and life expectancy, an analysis of court transcripts has shown.

Moreover, heterosexual black men are at an elevated risk of being pursued by the legal system for not disclosing their HIV status to a sexual partner, Trevor Hoppe of the University of Michigan told the 19th International AIDS Conference (AIDS 2012) in Washington DC yesterday.

The conference also heard from Nick Rhoades, who has himself been jailed for not disclosing his HIV status, and from Marama Pala who regrets being the first ‘victim’ to bring a case in New Zealand.

Trevor Hoppe searched police records, local newspaper reports and court records in order to identify as many cases as possible, from 1992 (when the first Michigan case took place) to 2010.

From the 56 convictions he identified, he had enough information to examine 30 in more detail. In only two of the 30 cases was there an allegation of HIV transmission – in all others, the allegation was of non-disclosure.

He compared the demographic profile of those who were convicted with that of the local HIV-positive population. Whereas 37% of defendants were black men who had had sex with women, just 14% of local people with HIV belonged to this group. White men who had sex with men were less likely to be convicted – 15% of defendants, but 39% of local people with HIV.

Most defendants settled the case through plea-bargaining (in other words, they admitted guilt and did not have a full trial). In this case, their average jail sentence was just over 20 months. Those individuals who exercised their right to have a jury trial were punished more harshly – an average sentence of over 50 months.

Transmission does not need to occur for a person to be guilty.

Trevor Hoppe examined the court transcripts of 26 cases in detail. He was particularly interested in how the consequences of HIV infection were described, and found that prosecutors and judges frequently made analogies with death. Such analogies were actually more commonly used in recent years than in the 1990s – occurring in six of seven cases from 2007 to 2010.

Moreover, the courts were usually sceptical and dismissive of arguments about effective HIV treatment, the life expectancy of people with HIV and actual transmission risks. Hoppe noted that the ‘expert witnesses’ were not usually specialised researchers but officials from the local public health department who often made inaccurate and exaggerated claims.

Nick Rhoades, who received a 25-year jail sentence in Iowa, spoke to a press conference earlier in the day. Although Rhoades was charged under a section of the law entitled ‘criminal transmission of human immunodeficiency virus’, actual transmission does not need to occur for a person to be guilty. Indeed, in Rhoades’ case, no transmission occurred, he used a condom and his viral load was in any case undetectable.

He was put into a maximum security jail and kept in solitary confinement for the first six weeks, only seeing visitors for 20 minutes a week. His supply of antiretroviral drugs was interrupted on several occasions.

Following advocacy work, he was released from jail after 13 months, but at the price of spending the rest of his life as a registered sex offender. This has made finding employment very challenging.

Rhoades noted that the state of Iowa spends at least US$65,000 a year on each person it incarcerates, but is currently cutting HIV prevention and treatment budgets.

“Those in care and with undetectable viral loads are up to 96% less likely to [pass on] the virus, but we're cutting the funding away from proven HIV prevention programmes while we're increasing costly prosecutions and imprisonments of people like me living with HIV,” he said.

Coming from the other side of the judicial fence, Marama Pala recounted her experience as the claimant or ‘victim’ in New Zealand’s first HIV transmission case, brought in 1993 when she was 22 years old.

Soon after she tested HIV positive, the police asked her to bring a complaint. “At the time I felt completely shattered from my diagnosis,” she recounted. She felt that she was “pushed along” by the police, the course of events and other people’s agendas.

“My experiences with the media were very detrimental to me,” she told the press conference. “They not only demonised him, but demonised me – there was a lot of negative publicity about what I should have done to protect myself.”

She now advocates for decriminalisation and regrets her experience. “I didn't feel I had the chance to speak to him face-to-face, to have some kind of closure or some discussion around what had happened,” she said. “That was taken away from me.”

Criminalisation is a tool for intimate partner abuse, coercion and harassment

Brook Kelly of the US Positive Women’s Network said that the laws of many American states served to criminalise the sexuality of women with HIV – sex itself has become a crime.

Until late last year, all people testing HIV positive in Mississippi had to sign a form in front of a Health Department official, which acknowledged a series of ‘requirements’. One was the necessity of disclosing HIV status before sex, even if condoms were used.

Extraordinarily – and unconstitutionally – another requirement was the “necessity of not causing pregnancy or becoming pregnant”. Women were asked to put their initials next to each requirement.

One testimony that she cited showed how fear of such laws often has a debilitating effect on women’s day-to-day life and wellbeing:

“I refuse to be judged by this disease for I am much, much more than the disease. So, I keep this a secret. As a teacher I could lose my job. Not disclosing could get me jail time. Therefore, I no longer date. It's difficult being a leper of the 21st century.”

Kelly noted that when there are difficulties in relationships, male partners can get the police involved, or threaten to do so. Criminalisation is a tool for intimate partner abuse, coercion and harassment, she said.

Edwin J Bernard said that, while many African countries have introduced HIV-specific laws since 2004, there were no records of court cases until more recently. He is now aware of cases in Cameroon, Togo, the Republic of Congo, Zimbabwe, Botswana and Egypt.

While laws are frequently introduced in the name of women’s rights, they often have a disproportionate impact on women, he said. For example, four of six Zimbabwean cases have prosecuted women.

In a very recent Zimbabwean case, a woman was found guilty of transmitting HIV to her husband – although there was a strong likelihood that it was the husband who had in fact infected her. The only ‘evidence’ used to suggest who had infected who was that the wife had tested HIV positive whereas her husband had never taken a test. Zimbabwean human rights lawyers are now appealing the conviction, based on it being unconstitutional.

The country that prosecutes the greatest proportion of its people with HIV is the United States of America. The laws used are state laws, rather than federal laws, and many of the states in which prosecutions are most likely are in the midwest – South Dakota, Idaho, Iowa, Michigan, Louisiana, Tennessee, Illinois, Missouri, Indiana, Ohio and Oklahoma.

Two weeks ago, the Global Commission on HIV and the Law issued its main report. Compiled by a group of statesman, experts and activists the report addresses a number of areas, including the criminalisation of HIV exposure and transmission, intellectual property laws and the rights of a number of social groups who are at elevated risk of HIV infection.

The report makes recommendations to governments on law reform, arguing that laws that explicitly criminalise HIV transmission, HIV exposure or failure to disclose HIV status must be repealed. Moreover, individuals who have been convicted of such offences should have their cases reviewed with a view to being pardoned.

And progressive reform is possible, as show by some examples that Bernard highlighted.

Switzerland will soon revise its law on epidemics and is expected to remove the draconian public health approach. Denmark suspended its HIV-specific law in February 2011, following lobbying that drew the government’s attention to scientific data on transmission risks and life expectancy. In Norway, an independent committee is looking into law reform and leading politicians of two political parties this week called for total abolition.

In Africa, Sierra Leone has redrafted its law so that it can no longer be used to prosecute women for vertical transmission. Mauritius removed its criminalisation statute in 2007. Finally, the AIDS Law Project in Kenya is currently filing a constitutional petition to challenge their law on the basis that it is discriminatory, broad and vague.

View information from this session, with links to abstracts, slides and webcasts from the presentations, on the conference website.

HIV+ Canadian Guilty Of Sexual Assault, Despite Condom Use

A court of appeal in Canada has held HIV positive man who had protected sexual intercourse with three women, guilty of aggravated sexual assault over his alleged failure to disclose his health status. There was no allegation that HIV was transmitted or that he had not properly used condoms. AIDS organisations in Canada have said that the “unscientific prosecutions” of people living with HIV must end.
Star Observer
10 Aug 20
HIV & criminal law

Proposals in New South Wales to force someone who spits at or bites a frontline worker to be tested for HIV and other blood-borne viruses are a real problem - for workers and the public.
The Conversation
15 Jul 20
Coronavirus

New coronavirus guidelines have made it illegal to have sex in your own home with a person from another household from today.
Metro
1 Jun 20
HIV & criminal law