From 'what if' to 'what now': implementing the new prevention technologies 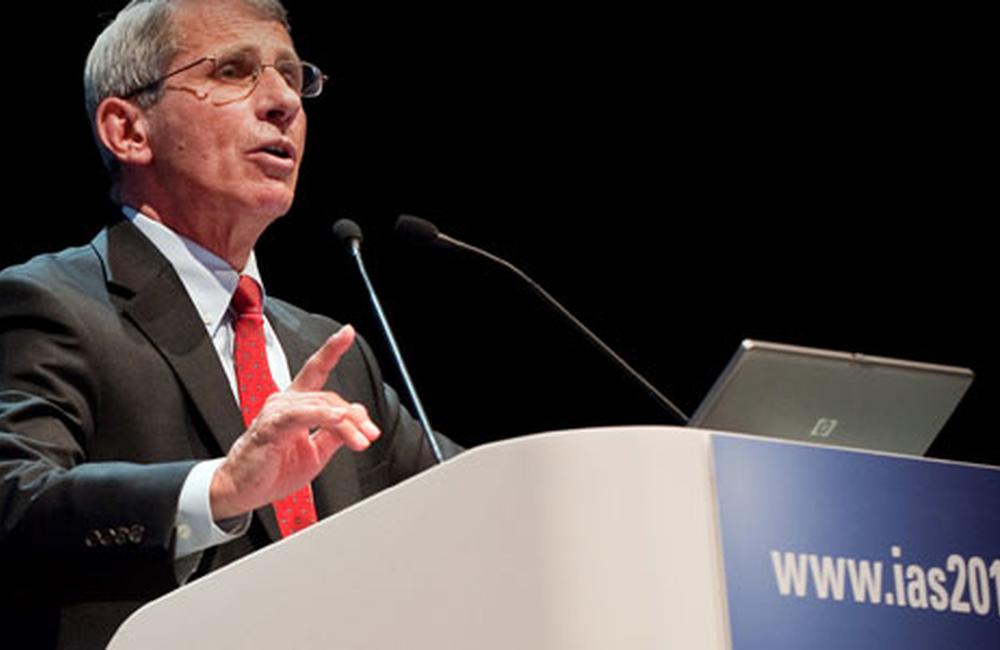 Two consecutive sessions at the sixth International AIDS Society conference (IAS 2011) in Rome yesterday were devoted, now we have convincing scientific data on the benefits of treatment as prevention and PrEP, to putting these new prevention methods into practice.

“We have moved from ‘What if?’ to ‘What now?’” was the comment of Mitchell Warren, Executive Director of the AIDS Vaccine Advocacy Coalition (AVAC), on what else we need to know, what barriers need to be addressed , and what resources might be required, to maximise the promise of antiretroviral-based prevention.

Anthony Fauci, Director of the US National Institute of Allergies and Infectious Diseases (NIAID), said: “We now have a solid scientific foundation to say that even in the absence of a vaccine we have the capacity to end the epidemic. I can’t go to the US President and say: 'We can cure HIV.’ But I can say ‘Ending the epidemic is scientifically doable’.”

"I can say ‘Ending the epidemic is scientifically doable’.” Anthony Fauci

Earlier, however, Nancy Padian from the Office of the US Global AIDS Coordinator had outlined formidable challenges still to be answered if antiretroviral treatment could bring about this goal.

She said that questions still needing answers include whether antiretroviral drugs (ARVs) really are a durable and reliable means of viral load suppression over a period of years and whether increasing the proportion of people on treatment would lead to increased levels of resistance. The biggest practical question, however, was whether treatment as prevention would work in situations where a high proportion of transmissions came from people with acute, recent HIV infections.

The biggest barriers to treatment as prevention, however, are stigma and lack of resources. Implementing ARV-based prevention would not only be expensive in terms of drugs; it would require added human resources and increased training and task-shifting for prevention counsellors so they can deal with biomedical data. There would also be added costs in terms of tests and monitoring.

The other big barrier will be the stigma of being tested, she said, particularly for at-risk populations in societies where injecting drug use, male-male sex, or sex work were criminalised and stigmatised. Treatment as prevention would require people not simply to test and then go to more supportive community organisations for prevention advice; it required a much closer relationship with medical personnel who might be prejudiced or feared to be so.

Mitchell Warren issued a call to action to implement the new strategies, but his presentation was tempered by realism. “We have evidence, we have data, and we now need to make decisions,” he said.

“We have evidence, we have data, and we now need to make decisions,” Mitchell Warren

Firstly, he said, we need "smart combinations" of prevention interventions tailored to different people and populations. “It can be seen as frustrating to have all these tools (he counted 13 different ones for which there is now evidence) and not know what to choose or how to pay for them,” he said, “but it’s a better kind of frustration than in 2004” (at the time of the closing of the first PrEP study in Cambodia).

Given that, even now, only 8 to 9% of people who need them have ready access to condoms or clean needles, only 11% of gay men have access to behaviour-change programmes, and only a third of HIV-positive mothers have access to ARVs to prevent transmission to their baby, making ARVs more widely available as prevention or PrEP would be a big challenge.

Using ARVs for prevention would continue to be a behavioural issue, he added, in terms of people coming forward for testing and, crucially, for adherence.

One important consideration was to match the prevention intervention to the person. PrEP, for instance, had been criticised as a ‘niche intervention’, but niche interventions were important for specific groups of people and could be extremely effective; an example from another context was injectable contraceptives.

Lastly, of course, money and resource allocation would be a huge issue. “Scientific data do not change the world – programmes and policies backed by civil society, donors, implementers and governments do,” he said.

In this context, Tim Farley of the World Health Organization, presenting a comprehensive review of the licensing processes needed for ARV-based prevention methods in the USA, Europe and Africa, remarked on the extreme range of prices paid for tenofovir and Truvada in different contexts, from $35.82 as the US list price (almost always discounted) for one Truvada tablet, to $0.87 as the ‘no profit’ price paid to the developers Gilead in low-income countries and the even lower $0.28 for a generic equivalent. He noted, however, that Gilead was already licensing generic companies to produce tenofovir and Truvada at lower prices.

Helen Rees, University of Witwatersrand in South Africa, said that the new data from the treatment-as-prevention and PrEP studies had come along just as she was involved in writing the country’s new National Plan for HIV. She said that the new prevention choices offered could feel bewildering. “Do we put more people on treatment, circumcise all men or buy millions of condoms?” she asked. As an initial step, the country had extended its CD4 criteria to 350 cells/mm3 in line with WHO guidelines and had decided that, with still only 45% of those who need it on treatment, that treatment access remained South Africa’s biggest priority.

She added, however, that the data from serodiscordant-couple studies did not necessarily provide the kind of data needed on the likely effectiveness of treatment as prevention, or of PrEP. “South Africa is a country of female-dominated households and a low level of marriage,” she said, “and serodiscordant couples are hard to identify: men still won’t come forward.” It had been decided that HIV-negative women wishing to conceive who were or might be having sex with HIV-positive men were a logical first population who might need PrEP, but setting up PrEP as a service was a much bigger step than expanding existing HIV treatment, as it involved a new type of service that didn’t yet exist.

Myron Cohen, principal investigator of the HPTN 052 study, said that if the world did not pay for ARVs now it would do so later, in terms of an indefinitely increasing number of people needing HIV treatment. He said that his study’s findings did not imply a huge expansion of treatment to groups not previously entitled to it; for the study’s purposes, it had needed to offer ARVs to people with relatively high CD4 counts but the reduction in infectiousness should apply to people with CD4 counts below 350 cells/mm3 too, and should serve as a further incentive to get ARVs to the two-thirds of people with CD4 counts below this figure who were not yet on treatment.

Above all, moving from the data provided by scientific studies to the business of trying to make HIV prevention work in the real world was an exercise in dealing in uncertainty. Microbicide researcher Ian McGowan of the University of Pittsburgh commented that: “In an ideal world, we’d treat all the HIV-positive people and the negative ones would use condoms. But people may not go on treatment, may fail treatment, and may fail to use condoms. The world has never been black and white, and the debate about moving from treatment, to treatment-as-prevention, to PrEP is the kind of debate we have been having on access to medications for HIV ever since we’ve had them.”

Compiled from presentations and discussions at the following sessions at the Sixth International AIDS Society Conference on HIV Pathogenesis, Treatment and Prevention, Rome, 2011.

See Use of Antivirals in Prevention: Current Challenges and Controversies on the conference website

See Can we end the Epidemic? on the conference website

This news report is also available in French

This news report is also available in Portuguese