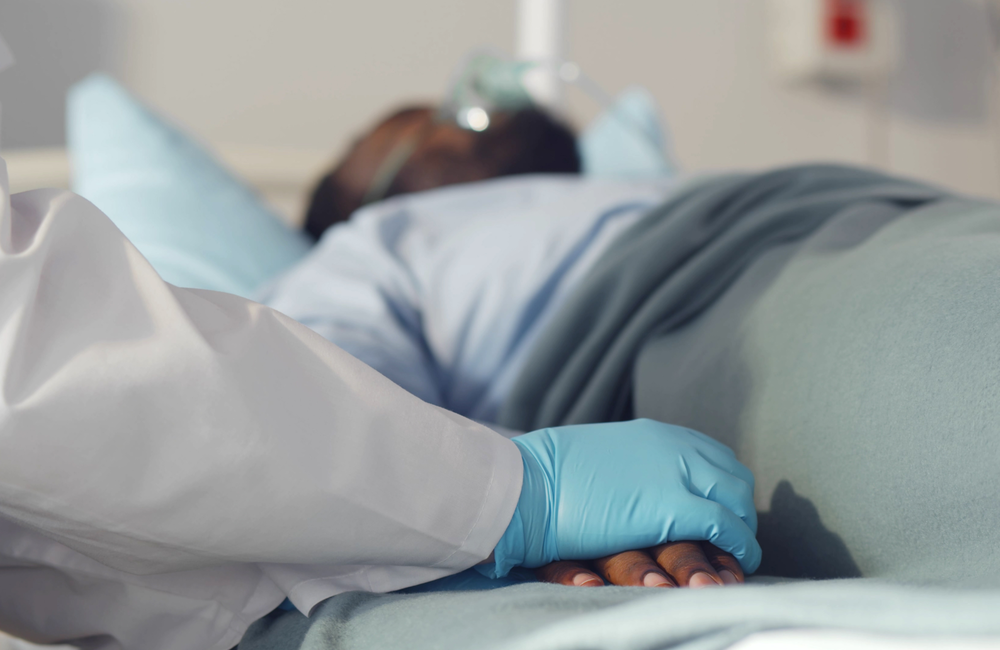 A substantial proportion of people who contracted mpox (the newly designated name for monkeypox) in the 2022 outbreak were living with HIV, and recent studies have shown that HIV-positive people can develop more severe illness, especially if they are not on antiretroviral treatment and have a low CD4 count.

Since the outbreak began last May, there have been more than 84,000 cases in 110 countries, resulting in 80 deaths, according to the World Health Organisation. Most cases outside Africa were among gay, bisexual and other men who have sex with men. Mpox cases have declined dramatically since the outbreak peaked in late summer and are now close to zero in many countries.

About one quarter of people who contracted mpox in the UK were living with HIV. But in some other countries, the proportion is closer to 40%. An international study published this summer found that HIV-positive people with mpox did not have more complications or worse outcomes than their HIV-negative peers, but most were on effective antiretrovirals with an undetectable viral load and a high CD4 count.

However, people who are not on antiretroviral therapy and have poorly controlled HIV or a low CD4 count may not fare as well.

Mpox manifestations in people with and without HIV

In the United States, the Centers for Disease Control and Prevention (CDC) has identified 29,980 mpox cases as of 11 January. Overall, around 40% of people diagnosed with mpox were HIV-positive, but the rate approached 70% in some states. Over the course of the outbreak, a growing proportion of those diagnosed with mpox were Black and Latino men. What’s more, the US mpox outbreak has followed the same trajectory as HIV, moving into disadvantaged communities with more poverty and less access to medical care.

Through 1 September 2022, the researchers identified 322 adults with mpox, 93 of whom (29%) were living with HIV—a lower proportion than seen in other US analyses. Most were in their thirties. All the HIV-positive people with mpox were men. In the HIV-negative group, there were 31 cases among people not identified as men, but they were excluded so the groups could be matched by demographics. After matching, the HIV-positive and HIV-negative groups were generally similar, except those with HIV were more likely to be Black (24% vs 11%) or Latino (24% vs 11%); however, information about race/ethnicity was only available for about half of the participants.

Retrospective analysis of medical record has limitations, as important information may be missing. For example, only 11% of people in the HIV-positive group had an available viral load measurement and just 34% had a CD4 measurement within 30 days of mpox diagnosis, so it is not possible to tell whether they had well-controlled HIV; however, when measured the average CD4 count was high, at 587. In contrast with other studies, “high risk” sexual behaviour, exposure to mpox via sex and co-existing STIs were uncommon in both groups, suggesting this information might not have made it into medical records.

Further, more people with HIV required urgent care visits (53% vs 29%) and hospitalisation (11% vs 4%) compared with HIV-negative people, though they were less likely to be seen in an emergency department (42% vs 58%). There were no reported deaths in this study.

“People with HIV had higher rates of clinical manifestations and required greater utilization of healthcare resources for any reason compared to those without HIV,” the study authors concluded. “Our findings should prompt clinicians to consider the possibility of complications in people with HIV who have [mpox], particularly those with severe or atypical symptoms.”

A CDC analysis published in November provides more detailed information about people hospitalised with severe mpox in the US.

"These results underscore the importance of reaching disadvantaged communities to offer HIV care and other services."

Between 10 August and 10 October, the CDC provided clinical consultation for 57 hospitalised patients. All but three were men, the median age was 34 years, 68% were Black and 23% were experiencing homelessness. Although 47 of them (82%) were living with HIV, only four (9%) were on antiretroviral therapy before their mpox diagnosis. Among those with a known CD4 count, 72% had a level below 50, indicating advanced immune suppression.

All of the hospitalised patients had severe skin manifestations and two thirds also had severe mucosal lesions. Some had involvement of the lungs, eyes and brain. Seventeen (30%) required intensive care, and 12 people (21%) died. Mpox was considered a primary cause or contributing factor for five of these deaths (others were still under investigation at the time of the report).

“Monkeypox and HIV have collided with tragic effects,” said Dr Jonathan Mermin, the CDC’s incident manager for the mpox response.

Some people experienced delays of up to a month between the time they first sought care and initiation of mpox treatment. More than 90% received the antiviral drug tecovirimat (TPOXX) by mouth, but 65% stepped up to intravenous treatment. The study authors suggested that providers should consider starting mpox treatment early for patients with advanced immune suppression -- before severe manifestations occur – and potentially extending it longer than the usual 14 days.

These results underscore the importance of reaching disadvantaged communities to offer HIV care and other medical and social services.

“These findings likely reflect inequities in access to resources for the prevention, early diagnosis and treatment of HIV infection, as well as missed opportunities to engage groups that have been socially or economically marginalized,” the CDC authors wrote. “Public health outreach should strive to engage all persons with HIV infection in care and to increase access to monkeypox vaccination, diagnosis and treatment. To accomplish these goals, it is critical to leverage existing HIV and sexually transmitted infection program resources and prioritise communities disproportionately affected by HIV.”

Chastain DB et al. Characteristics and clinical manifestations of monkeypox among people with and without HIV in the United States: A retrospective cohort. AIDS, online ahead of print, 30 November 2022.