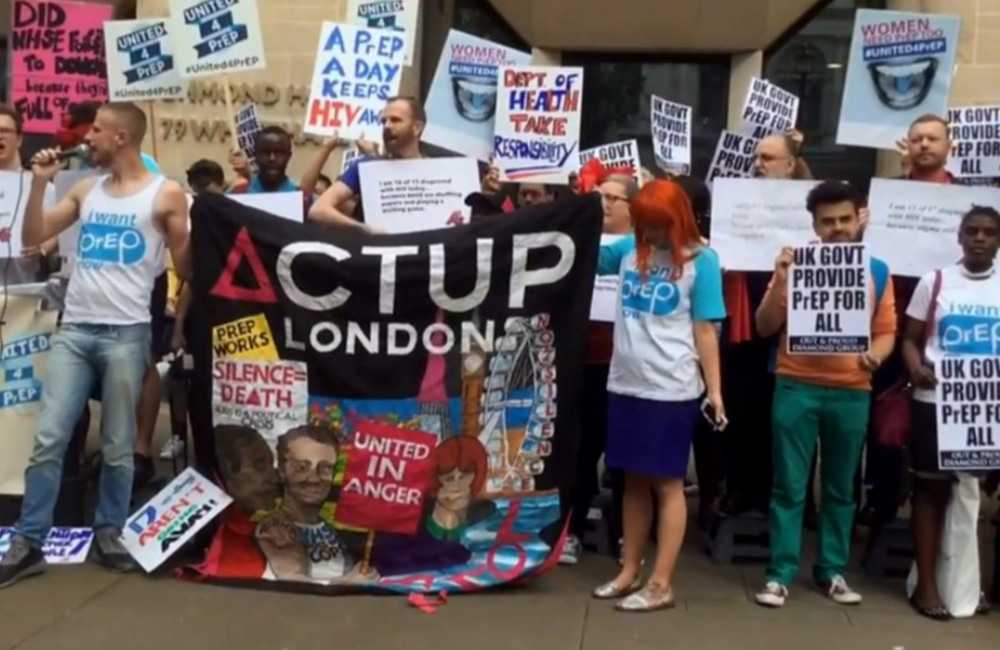 NHS England has used a series of claims about uncertainties surrounding PrEP to ration access to the prevention tool in England through the IMPACT trial, academics argue in the journal Medical Humanities this month.

They say that NHS England at first sought to avoid paying for PrEP by declaring that it was a preventative treatment and therefore the responsibility of local government. National AIDS Trust challenged this argument by judicial review and in November 2016 the High Court ruled that there was no legal reason why NHS England could not pay for PrEP.

In December 2016 NHS England announced it would make PrEP available through a clinical trial. Part of the rationale for adopting a trial was to overcome legal uncertainty surrounding the marketing of generic versions of the tenofovir/emtricitabine combination, already approved by the European Medicines Agency. NHS Scotland chose to ignore the remaining uncertainty and purchased a generic product for its PrEP programme.

NHS Scotland chose to provide PrEP through sexual health clinics with retrospective monitoring of uptake and adjustment of service delivery based on audit findings.

“Uncertainty in Scotland led to innovation, while in England it led to trials which preclude it,” the researchers comment.

The IMPACT trial offers PrEP to GUM clinic attendees who fall into one of three categories:

The claim that the trial measures uptake is also a means of generating uncertainty around demand, they say. “Placing a cap on the number of people who can uptake PrEP invalidates the potential of the trial to measure uptake. […] Retrospective auditing of uncapped PrEP prescribing might be better suited to this task.”

The researchers say that the trial also sets up another uncertainty in its objectives, “whether or not incident HIV infections in trial participants are due to non-adherence or biological failure,” that cannot be answered. They point out that it is difficult to assess adherence in the study because participants can take PrEP daily or as an on-demand regimen. Furthermore, no data are collected on sexual behaviour. “Assessing adherence via pill count offers contextless data which again cannot answer the original question. […] Uncertainty about adherence is being used as a rhetorical device to justify the existence of a trial despite the proposed trial being unable to answer the constructed uncertainty.”

Finally, the study design fails to acknowledge a significant barrier to uptake: the underfunding of sexual health services and the long waiting times faced by many people trying to access these services. The authors report that one in four people trying to access walk-in sexual health clinics in Manchester was turned away due to lack of capacity between December 2017 and November 2018.

Nine men waiting to join the study in Manchester have acquired HIV, Dr Sally Jewsbury of Hathersage Clinic reported in June 2019. They had been waiting for an average of just over six months when they were diagnosed with HIV.

“We found nine preventable infections in patients that were motivated to take PrEP,” she told the British Association for Sexual Health and HIV (BASHH) conference. “It’s quite possible that if they lived in a different part of the UK or if PrEP had been commissioned in England, then these infections may have been avoided.”

The authors of the Medical Humanities article point out that only 147 clinics out of a potential 232 sexual health clinics were taking part in IMPACT by June 2019, highlighting the structural inequities inherent in offering a proven prevention method through a clinical trial.

“Scientific rhetoric is being used to ration something predominantly used by sex workers, certain migrant communities, gay, Black-British and trans* people,” they conclude.

“We call on academics, clinicians and activists to ensure trials do not engage in the unethical practice of producing uncertainties which ration healthcare and force individuals to care for themselves. […] Now that these issues have been made clear, doing otherwise would be a breach of professional standards as well as abuse of the power that medical discourse contains.”

Link to full text of the Medical Humanities article at University of Manchester research repository: https://t.co/MyG2CcJcgQ?amp=1