When science, community and political will come together, we can end the epidemic, says New York commissioner 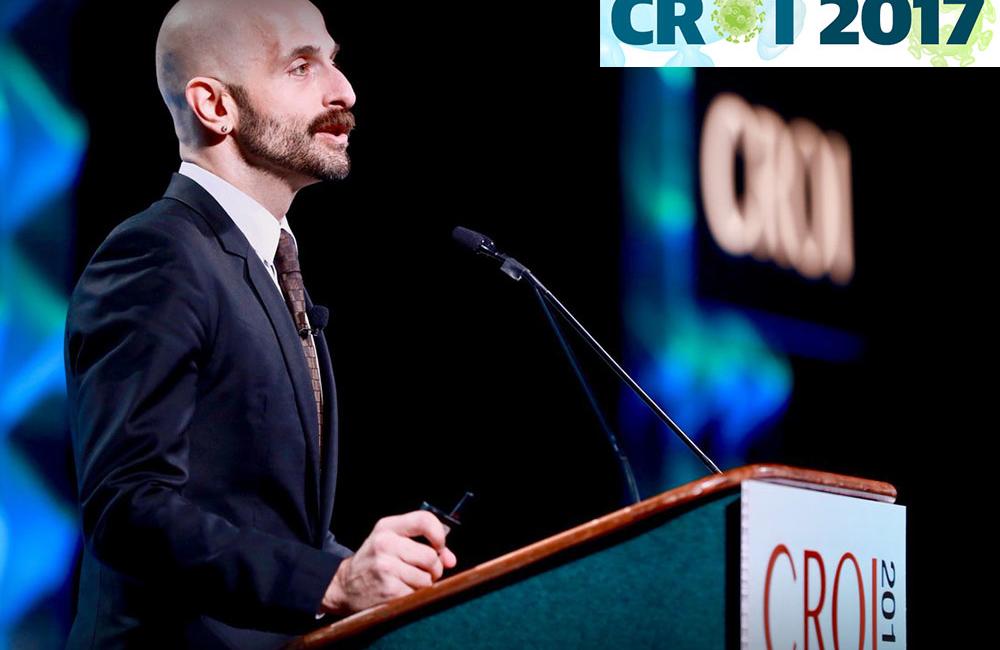 New York City’s strategy to end the HIV epidemic is firmly rooted in science, was developed in conjunction with community activists, and has support from top-level political leaders, Demetre Daskalakis told the 2017 Conference on Retroviruses and Opportunistic Infections (CROI) in Seattle this week.

“When you combine political will, biological interventions and harm reduction, you can get to zero,” he said.

Dr Daskalakis is an unusual public health figure: an infectious disease physician who has delivered testing and vaccination in sex clubs and describes himself as a “queer health warrior”. He is now the deputy commissioner for disease control in the New York City Department of Health and is the architect of the city’s “ending the epidemic” initiative.

The strategy places particular emphasis on identifying undiagnosed individuals and linking them to healthcare; retaining people in care to maximise virus suppression; and facilitating access to pre-exposure prophylaxis (PrEP). Mayor Bill de Blasio and Governor Andrew Cuomo have given political and budgetary support to the initiative, facilitating implementation by a range of government agencies.

But substantial disparities remain – as well as those typically seen in relation to race, age and gender, over 80% of new diagnoses are in individuals who live in areas of high poverty.

“Health equity is the key to ending the epidemic in our jurisdiction,” Daskalakis said. Access to healthcare and housing support are important parts of the strategy.

And while there have only been modest reductions in diagnoses made in men who have sex with men (MSM) (who account for almost 60% of diagnoses), there have been successes in other populations. Annual diagnoses in injecting drug users have fallen from 343 a decade ago to 76 in 2015. In 2015 there were zero cases of mother-to-child HIV transmission in New York City.

The continuum of care is strong – of all people living with HIV, 94% are diagnosed, 86% are retained in care, 82% have been prescribed HIV treatment, and 74% have an undetectable viral load.

His solution is a ‘status neutral’ prevention and treatment cycle (visible here) which suggests that the beginning of the process – for all – is HIV testing. People living with HIV need to be prescribed antiretroviral therapy and retained in high-quality care, which is understood to be an ongoing process. This contrasts with the typical treatment cascade, which treats achieving an undetectable viral load as a singular event that is the end-point of the continuum.

The other half of the cycle pictures engagement with prevention for those who test HIV negative and are at risk of HIV. The individual remains engaged with high-quality sexual health services in an ongoing manner, which is understood to facilitate awareness and use of PrEP.

He finished his presentation with some advice for delegates. “Treat HIV like an emergency, because it is,” he said. “Dream big and take risks.”

Daskalakis DS If You Can Make It There: Ending The HIV Epidemic In New York. Conference on Retroviruses and Opportunistic Infections (CROI 2017), Seattle, presentation 108, 2017.

From a humble start, Romania's Association against AIDS expands beyond the HIV space

The Romanian Association Against AIDS was founded on April 10, 1992, just 3 years after the fall of communism, making it the first such organization in the country following a time when HIV was not officially acknowledged nor prevention of HIV and sexually transmitted infections discussed.
American Journal of Managed Care
21 Aug 21
HIV prevention policy

Sex workers are among five population groups most vulnerable to HIV but often lacking services. So why do U.S. plans to fight HIV omit them?
POZ
2 Aug 21
Transgender people

An HIV Prevention Manifesto by Transgender and Gender-Diverse People

Australia can end HIV transmission within four short years, averting over 6,000 infections by 2030 and saving $1.4 billion in health costs, according to a costed plan that will be presented to parliamentarians today.
Australian Federation of AIDS Organisations
17 Jun 21
More editors' picks