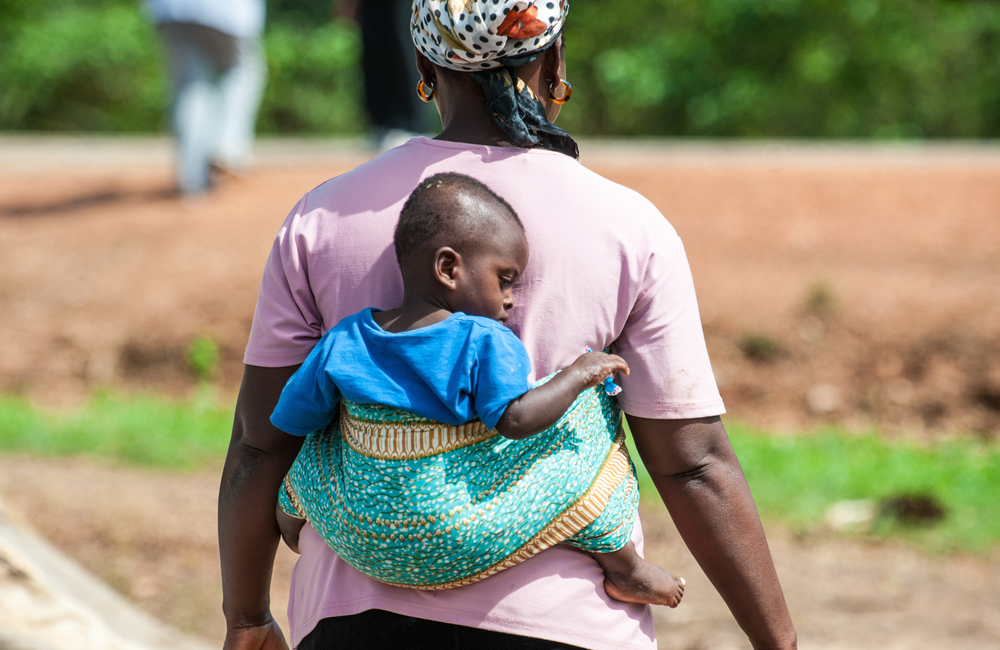 Almost 25% of pregnant and postpartum women living with HIV in Uganda separated from their male partners during a study investigating reasons for separation among HIV-affected couples. Researchers from the Infectious Diseases Institute, Makerere University, recently published these findings in AIDS and Behavior.

Women who were unmarried, in a non-cohabitating relationship, in a polygamous relationship or a short relationship (less than one year) were more likely to separate. HIV non-disclosure and unmet gender expectations also triggered separation.

On the contrary, having discussed HIV status, having children together, monogamy, and a teamwork mindset regarding gender expectations helped couples stay together. Men who felt protected in some way (e.g., U=U, PrEP, God) were also more likely to stay with their female HIV-positive partners.

These men "recognised that they would have separated from their partners if their virus was still active, but since the virus was asleep thanks to ART, the relationship continued as usual," the authors write.

The researchers, however, conclude that relationship dissolution is not always a negative outcome. They suggest that care providers should extend their counselling beyond the standard "disclose and stay together" messages and tailor the best guidance to individuals' unique situations.

The breakdown of a relationship could impact women's retention in the prevention of mother-to-child transmission programmes and, consequently, maternal and infant outcomes. Relationship dissolution could also affect women's well-being and ability to support their children.

The perspectives of male partners of HIV-positive pregnant women are often underrepresented in research, but important to capture due to their risk of HIV acquisition and partners’ influence on relationship stability and engagement with treatment. The researchers, therefore, investigated factors associated with relationship dissolution and potentially positive and negative consequences of separation.

Between 2018 and 2020, researchers enrolled 500 pregnant women attending antenatal care in urban clinics in Uganda. The median age was 27 years, 95% were married, and approximately 30% of women reported their partnership was polygamous.

These women were all living with HIV (almost half were newly diagnosed with HIV during their current pregnancy), did not know their partner’s HIV status, and were at low risk of intimate partner violence. By the time of study enrolment, 68% had not yet shared their HIV status with their partners.

They were issued with either an HIV self-testing kit or a clinic invitation letter to deliver to their male partners. They were also asked to encourage their partners to enrol in the study, described as a study for pregnant women receiving antenatal care and their partners.

A total of 237 male partners enrolled in the study. Twenty-two per cent tested HIV-positive, 58% knew their female partner had HIV, 15% thought their partner was HIV-negative, and 27% reported not knowing their partner’s status.

The 500 women and 237 partners were followed every three months until 12 months after birth.

The investigators also conducted in-depth interviews with 45 women and 45 men enrolled in the trial (not necessarily in partnership with each other). Women and men who stayed with their partners during the study discussed factors that contributed to staying together. Individuals in relationships with conflict discussed factors that contributed to conflict or relationship dissolution.

A total of 23% of the women and 9% of the men reported separating from their partners during the study. Factors associated with separation included relationship factors, HIV disclosure and serodifference, and unmet gender expectations.

Polygamy was more common among couples who separated than those who stayed together (43% vs 25%) and was significantly associated with double the risk of separation.

While women who reported having an "unsupportive" partner were four times more likely to separate, men who reported feeling "unhappy" in their relationships had a 16-fold higher risk of separation.

Women who had not shared their HIV status with their partner when they joined the study had a three times higher risk of separating. They feared HIV disclosure would lead to abandonment or abuse.

Among HIV-negative men, 64% worried about getting HIV. Some male interviewees felt so strongly about living with a HIV-positive partner to the point of considering self-harm:

“I thought about taking poison so I could die and not live in shame of staying with an infected person.”

There was common disregard or lack of confidence in Undetectable = Untransmittable (U=U), as men did not believe their partners' ART adherence could protect them from contracting HIV. Fears and blame drove men to distrust, resent, and ultimately want to separate from their partners.

“My wife told me that if she adheres well to her drugs, she can't infect me. I didn't believe what she told me, and I said to her: If it [HIV] is death, then you have surely killed me.”

A few men accused their partners of wanting to infect them with HIV deliberately:

“What I know is that it could be her happiness (if we both contract the virus) because she wants both of us to be on medication.”

While having different HIV statuses may not have always been the main reason for separation, it exacerbated existing tensions.

"Feeling protected from HIV also influenced these HIV-negative men to continue staying with their partners."

While there was a trend between separation and reporting poor ART adherence or being virally unsuppressed around 12 months after birth, these associations were not statistically significant.

Among couples who stayed together, mutual love and support, teamwork, and a sense of protection from HIV contributed to commitment to the relationship.

Once men in these couples realised they were HIV negative and their partners were HIV positive, they did not treat them any differently. They felt a strong duty and responsibility to stay together and support their partner's ART adherence.

“I thought he would abandon me after finding I have HIV, however, he did not. He just gave me courage. He told me that the most important thing is for me to take my ARVs well so that I can live longer to look after our children together with him.”

Couples who stayed together also had a strong sense of teamwork. Men in committed relationships supported their wives by taking on traditional female roles when necessary. This teamwork alleviated gendered pressures on one another.

“We support each other. When she is sick, I wake up early to make her porridge and wash the clothes before I left for work. When she is not sick, she does the housework.”

Feeling protected from HIV also influenced these HIV-negative men to continue staying with their partners. While some attributed their sustained HIV-negative status to God's will, men also accepted PrEP to protect themselves from HIV. They recognised that even if they were to leave their current partner, they would still be at risk of contracting HIV elsewhere.

“It could be God’s luck that you escaped. When you go out with one another, unless you [test her], chances are that you could be [infected]. as well. But with a partner whom you already know her status and can take precautions, why don’t you stay where you are?”

The authors acknowledge that since less than half of male partners enrolled in the study, these men were likely in stronger relationships. This sample is, therefore, not representative of men who refused HIV testing and clinic linkage or who had already separated from their female partners. It also doesn't capture the perspectives of men who may be the most likely to split with their partners.

Additionally, as study participants were offered comprehensive counselling and support with disclosing their HIV status, the proportion of women who shared their HIV status and stayed with their partners was likely higher than would be observed outside of the study.

However, a key finding from this study was that relationship dissolution was not always a negative outcome. The women who separated from their partners described feelings of long-awaited "peace" and newfound motivation for working.

"Separation can offer an opportunity to invest in one's self-growth, resilience, confidence, and improved physical and mental well-being," the authors write.

"Addressing relationship dynamics is essential to improve counseling messaging and support pregnant women living with HIV who are experiencing relationship conflict. Counseling should extend beyond the ‘disclose and stay together’ messaging and provide person-centered support to women who are not in positions to disclose or are in unhealthy relationships," they conclude.

Bulterys MA et al. "Him Leaving Me - That is My Fear Now": A Mixed Methods Analysis of Relationship Dissolution Between Ugandan Pregnant and Postpartum Women Living with HIV and Their Male Partners. AIDS Behavior, online ahead of print 8 November 2022.

We spoke to a couple of HIV-negative guys about falling in love with HIV-positive men, and about the prejudice they hear from others.
Queerty
10 Jan 23
Women

Women in Sub-Saharan Africa who experienced physical or sexual intimate partner violence, or both, in the past year were more likely to acquire HIV and less likely to be virally suppressed, according to a study published in The Lancet HIV.
Healio
14 Dec 22
Epidemiology & behaviour

"In recent years, I’ve noticed on hookup apps that if a guy says he’s poz or undetectable, he’s likely my age or older. It’s left me feeling a bit—um, how shall we say?—vintage."
TheBody
10 May 22
Epidemiology & behaviour

Put in place during the AIDS epidemic, the rule that prevented adult sex venues from having rooms with locked doors no longer was needed due to HIV becoming a manageable disease and new infections in San Francisco precipitously dropping in recent years.
Bay Area Reporter
27 Apr 22
More editors' picks