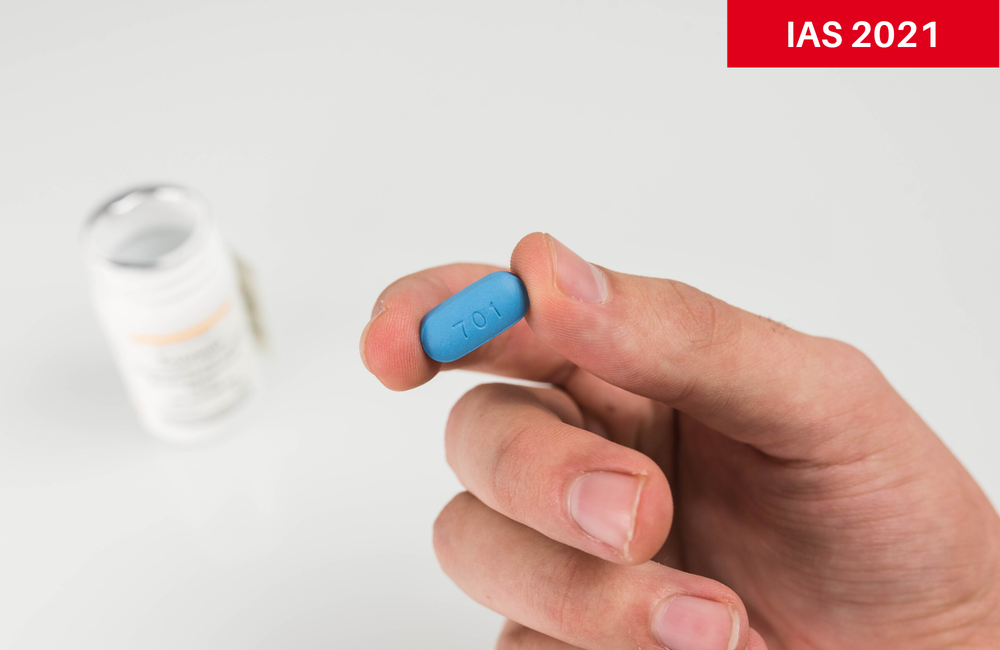 A Chinese study, comparing HIV incidence in 1222 gay and bisexual men who took HIV pre-exposure prophylaxis (PrEP) with incidence in 507 men who chose not to take it, found five HIV infections amongst the PrEP users and 28 in the non-users. The study was presented at last month’s International AIDS Society Conference on HIV Science (IAS 2021).

This translates to an effectiveness in preventing infections of 87% – almost identical to that seen in the two pivotal European studies, PROUD and IPERGAY, which in 2015 set the stage for wider PrEP use in gay men, largely in higher-income countries.

Hopefully, the world’s most populous country will now join them. Dr Junjie Xu of the China Medical University in Shenyang told the conference that due to the conclusive study results, an expert consensus document was issued by the study researchers and other HIV experts, when the results first came out at the end of 2020, to guide wider PrEP implementation in China.

Due to China’s population, it has the largest number of HIV infections in the Asia-Pacific region, accounting for 29% of cases. The country's HIV epidemic started as one among injecting drug users and recipients of blood products but is now almost entirely sexually acquired, with 72% of infections among heterosexuals and 23% in gay and bisexual men (implying - because there are fewer of them - that gay men are at least ten times more vulnerable to HIV than heterosexuals).

There had been a lack of local high-quality data on PrEP in China, Dr Xu said, until the CROPrEP (Chinese Real-world Oral PrEP) study. This started recruiting in December 2018, enrolled its last participant in October 2019, and ended in October 2020. It was conducted at general hospital-based voluntary counselling and testing centres in Shenyang, Beijing, Chongqing and Shenzen, supervised by the four local Centres for Disease Control, which in China are the local directorates of public health..

Its protocol and recruitment methods were described in a 2019 article in Biomed Infectious Diseases journal.

A group of 500 men who said they did not want PrEP were to be recruited to form the control arm.

PrEP-taking participants were excluded if they turned out to have HIV, had chronic hepatitis B (which is treated with the PrEP drug tenofovir) or had poor kidney function or other contra-indicatory lab results. Those remaining were asked to choose their preferred PrEP regimen. Enrolment stopped when all three arms reached over 500 recruits.

Arms were ‘over-recruited’ to allow for exclusions. Originally 1222 men expressed willingness to take PrEP but 199 either dropped out or were excluded between screening and starting. Of these, 97 either had hepatitis B (13) or poor lab results. Fifty-seven either withdrew consent or were lost to follow-up and 40 dropped out for other reasons, such as moving. Five men were diagnosed with HIV.

Considerably more men in the control arm – 36 – had a positive HIV test. Although the researchers don’t speculate, presumably the reason some participants declined PrEP was that they already knew or suspected they had HIV but had not disclosed to clinic staff. Others may have not considered themselves to be at risk. In addition to men who tested HIV positive, 17 withdrew their consent or were lost to follow-up and 13 turned out to have no sexual risk within the original screening criteria, when this was re-assessed using a more formal questionnaire that quantified risk.

PrEP users had a follow-up visit at one month, while all participants had three-monthly visits for HIV and STI testing and to fill in a behavioural questionnaire. In addition, all PrEP users were sent weekly SMS text reminders to take their pills and members of the control arm were sent monthly appointment reminders. (The SMS support was so important, researchers felt, that a new trial has been proposed linking SMS adherence support messages to electronic pill bottles that can sense if a dose is taken.)

Attendance at the three-monthly visits averaged 92% in daily PrEP users, 88% in 2-1-1 PrEP users, and 73% in the control arm, but over 90% of participants from all three arms attended the final 12-month visit.

Adherence, defined as the proportion of sex acts covered by PrEP, followed an interesting pattern. Sex act coverage by daily PrEP peaked at 81% at month three, and then declined somewhat to 72% by month 12.

Adherence to 2-1-1 PrEP started off lower at 57% and by month three had sunk to 46%. However, it then started to rise and by month 12 was actually higher than adherence to daily PrEP, at 78%.

Part of the reason for this initial dip in 2-1-1 PrEP use may be that the majority of participants were three to four months into the study around the time COVID-19 hit China.

A sub-study of trial participants done during the peak of lockdown in China (12 February to 8 March 2020 – see second reference below) found that, for this brief time, the proportion of men testing for HIV in the past month halved from 50% to 26%, the proportion using PrEP at all decreased from 98% to 64%, and the prevalence of poor PrEP adherence increased from 24% to 50%. Further investigation found that one reason participants stopped taking PrEP is that they were worried about doing it without having had an HIV test. The use of condoms with regular partners declined.

By month 12, 458, 452 and 448 men remained in the daily PrEP, 2-1-1 PrEP and control arms respectively, not counting participants who had tested positive for HIV.

This means that there were 12.55% as many infections in the PrEP arms as in the control arm. This is the 'incidence rate ratio'. and subtracting this from 100% gives you the effectiveness of PrEP – about 87%. The effectiveness of 2-1-1 PrEP, versus no PrEP, was 93% and of daily PrEP 82%.

Because CROPrEP was not a randomised study and participants in the control arm differed somewhat from those in the PrEP arms, this efficacy figure cannot be seen as being as definitive as those from PROUD and IPERGAY. But given that participants taking PrEP had higher sexual risk scores than members of the control arm, it is likely to err in the direction of underestimating the number of HIV infections stopped by PrEP in this group of Chinese gay men.