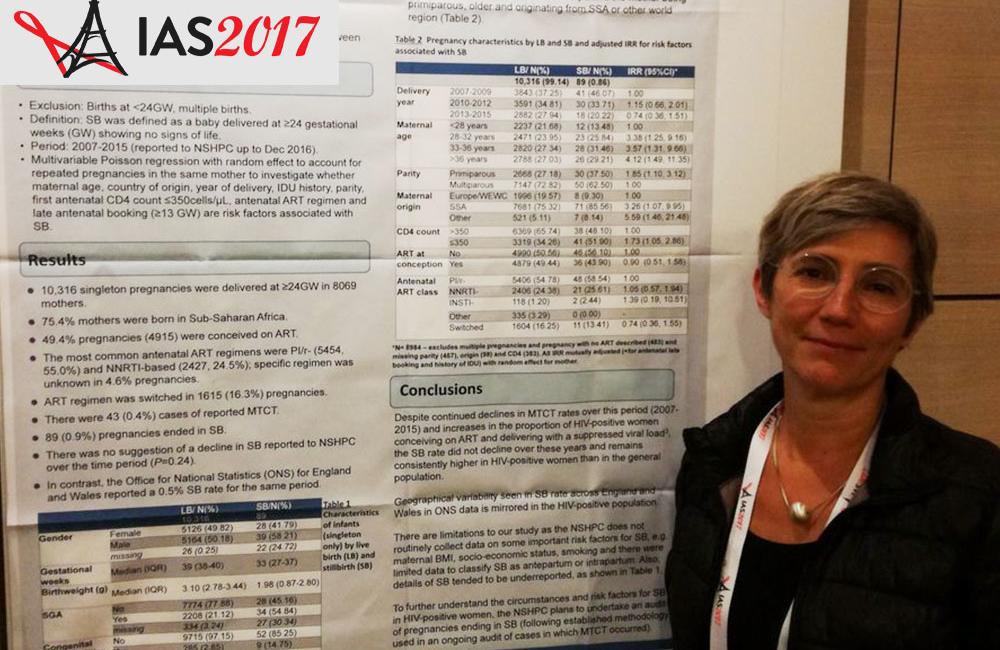 The stillbirth rate among women living with HIV in the UK and Ireland from 2007 to 2015 was more than twice that of the general population, Graziella Favarato, presenting on behalf of the National Study of HIV in Pregnancy and Childhood (NSHPC), told participants at the 9th International AIDS Society Conference on HIV Science (IAS 2017) in Paris last week.

Women living with HIV are significantly more likely to experience pre-term delivery, to deliver babies with low birth weight and to have a stillborn baby. Much of the data on the risk of adverse birth outcomes comes from sub-Saharan Africa and less is known about adverse birth outcomes in higher-income settings.

Dr Favarato and colleagues looked at the current rate of stillbirth and associated risk factors among women living with HIV who delivered in the UK and Ireland from 2007 to 2015.

Established in 1986 to monitor paediatric patients with AIDS, the UK and Ireland’s NSHPC has conducted comprehensive population-based surveillance of HIV in pregnant women since 1990. Maternal, perinatal and paediatric data is collected through two parallel, confidential and voluntary reporting schemes: an obstetric scheme for the notification of pregnancies in women living with HIV and a paediatric scheme through which infants exposed to HIV and children who have HIV are reported.

Most women were on antenatal antiretroviral protease inhibitor-based and non-nucleoside reverse transcriptase-based regimens each accounting for 0.9% of stillbirths among all women on these regimens, 48/545 and 21/2427, respectively. While fewer women (120) were on integrase inhibitors they delivered the highest proportion of stillbirths (1.7%).

Mothers delivering a stillbirth were over three times more likely to receive no antenatal antiretroviral therapy compared to those delivering a live birth, 5.8 vs 1.6%.

While most mothers in both groups booked their first antenatal care appointment in the second trimester or later (at 13 gestational weeks or later), more mothers delivering a stillborn infant did so, 93.1 vs 86.8%.

Close to half of mothers delivering a stillborn infant had a first antenatal CD4 cell count of 350 cells/mm3 or less compared to approximately a third of those delivering a live birth.