Loreen Willenberg's HIV seems to have disappeared. Is this good news for the rest of us? HIV update, 9 September 2020

Last year, a 66-year-old Californian woman, diagnosed with HIV in 1992, appeared in a local magazine as “The World’s First Known Person Who Naturally Beat HIV.”

Loreen Willenberg had always been an 'elite controller' – a person who maintains an undetectable viral load without having to take HIV drugs – but now her doctors can find no trace of the virus anywhere in her body.

Two weeks ago she became better known; her story was splashed all over The New York Times and other media. This was because a team of scientists had found out more about how she apparently cured herself. And what they found gives added hope to the search for a cure for HIV infection.

The reason most of us, unlike Loreen, do not get rid of HIV is because it is a retrovirus. This means it integrates its DNA instructions for making new viruses into our white blood cells, at random places.

Once you stop taking suppressive antiretrovirals, the cells can act on the DNA instructions, and start making HIV viruses again.

In a few people this does not happen. They stay undetectable, or maintain low viral loads, off therapy. This 0.5% of the HIV-positive population are the elite controllers.

In Loreen's case, she seems to have done this so efficiently that her body has got rid of every trace of replication-competent ('intact') HIV DNA.

That last bit is important – the researchers can still find viral junk DNA in her cells, but it's too damaged to make new viruses. They suspect there may be a few more people like her about. So the researchers used new genetic tools to look at exactly how much intact and junk DNA a group of 64 elite controllers, including Loreen, had in their cells, compared with another group of people who had been on treatment for years.

However – and this is the new discovery – they found that all this intact viral DNA was located in so-called 'genetic desert' areas in their own DNA.

To do anything, genes need to be in active parts of the DNA – areas close to other ‘genetic switches’ that activate other genes. In elite controllers, their intact DNA was located within inactive stretches of DNA (a lot of DNA doesn't have a genetic purpose – it's just there to help with the DNA architecture). It could not, and most likely never could be, activated. Like a seed without water in a desert.

The researchers hypothesise that this happens because elite controllers – who are known to have particularly efficient anti-HIV immune responses – selectively pick off cells that contain HIV DNA that is in active areas, leaving only the dead seeds of infection. Excitingly – and they only mention this in passing – they have seen the same thing happening, at a lower level, in a few people who have been on antiretroviral therapy for years. This suggests that we have been too pessimistic about how long it might take for the reservoir of cells capable of producing HIV to dry up.

We don't know how to stimulate, in the average person with HIV, the efficient immune response that elite controllers have. However, scientists are working on tools – therapeutic vaccines and artificial 'super T-cells' (called CAR T-cells) – that might be able to do this. Watch this space. 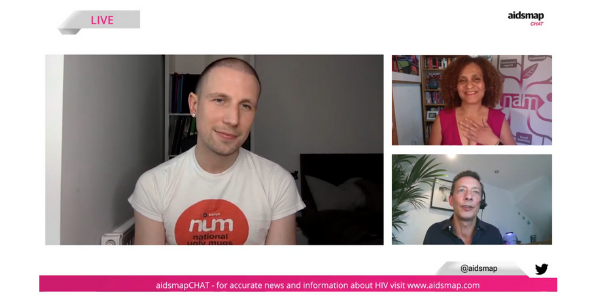 Last week we broadcast episode 2 of our new aidsmapCHAT series.

We'll be back on Thursday 17 September for episode 3.

A large US study has concluded that HIV infection itself does not increase the risk of dying from COVID-19, but people living with HIV are still more susceptible because of other risks.

The study examined characteristics of people infected with COVID-19 to see which might increase the likelihood of hospitalisation or death. Initial findings showed that people living with HIV had higher rates of death at 30 days after COVID-19 diagnosis than those who were HIV negative.

Researchers then did further analysis to match each person living with HIV to someone of a similar background who was HIV negative. Characteristics like gender, age, smoking status and health conditions such as diabetes or kidney disease were used to pair people, aiming for the only difference to be their HIV status. It was found that HIV did not increase the risk of death from COVID-19. However, people living with HIV were at higher risk of being hospitalised, compared to their HIV-negative counterparts. These findings remained the same, even after paired analysis.

The study showed that HIV does not increase the likelihood of death directly, but that people living with HIV are more vulnerable because of the presence of other health conditions. These conditions need to be identified and treated early, to improve overall health outcomes, including those related to COVID-19. 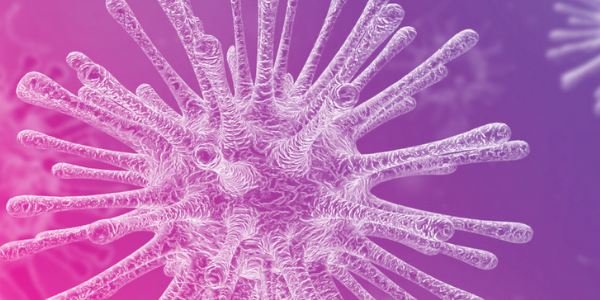 We've recently updated our page on COVID-19 and coronavirus in people living with HIV to include findings from the latest studies.

Has your doctor talked to you about U=U?

Data from an international survey of people living with HIV show that while two-thirds have talked about ‘undetectable equals untransmittable’ (U=U) with a healthcare provider, one third have not had such a discussion. Doctors and nurses were more likely to talk to patients who are gay and bisexual men (71%) than heterosexual men (58%) or women (65%). People who had casual sex partners were more aware (75%) than other people.

People living in 25 high-income and upper-middle-income countries were included. In 13 European countries surveyed, 68% of respondents had talked about U=U, including Switzerland where 87% had done so (the highest figure in the survey). Scores were also encouraging in Australia (80%) and South Africa (70%), which was the only African country included. The lowest score was in South Korea (38%), and results were generally not as good in Asia and Latin America.

People who had talked about U=U with their healthcare provider were more likely to have a good relationship with that provider, be in good health, have good adherence to HIV treatment, and be comfortable with other people knowing about their HIV status.

The researchers say that U=U should be included in education for clinicians. Also, the guidelines doctors follow should recommend discussion of U=U with all patients living with HIV.

We often report studies showing that people living with HIV have worse outcomes for a particular illness or disease than people without HIV. So it is encouraging to report two recent studies on people who have completed treatment for hepatitis C.

Untreated, people with HIV and hepatitis C co-infection do worse than people with hepatitis C alone. Modern treatments for hepatitis C cure most people of the hepatitis C virus and can stop liver disease from worsening. But the liver will not necessarily be able to fully heal, especially if treatment was started late. 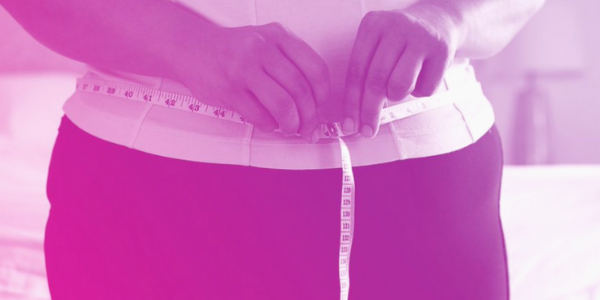 What causes weight gain after starting treatment? Who is most likely to gain weight? What drugs are associated with weight gain? Find out in our research briefing. 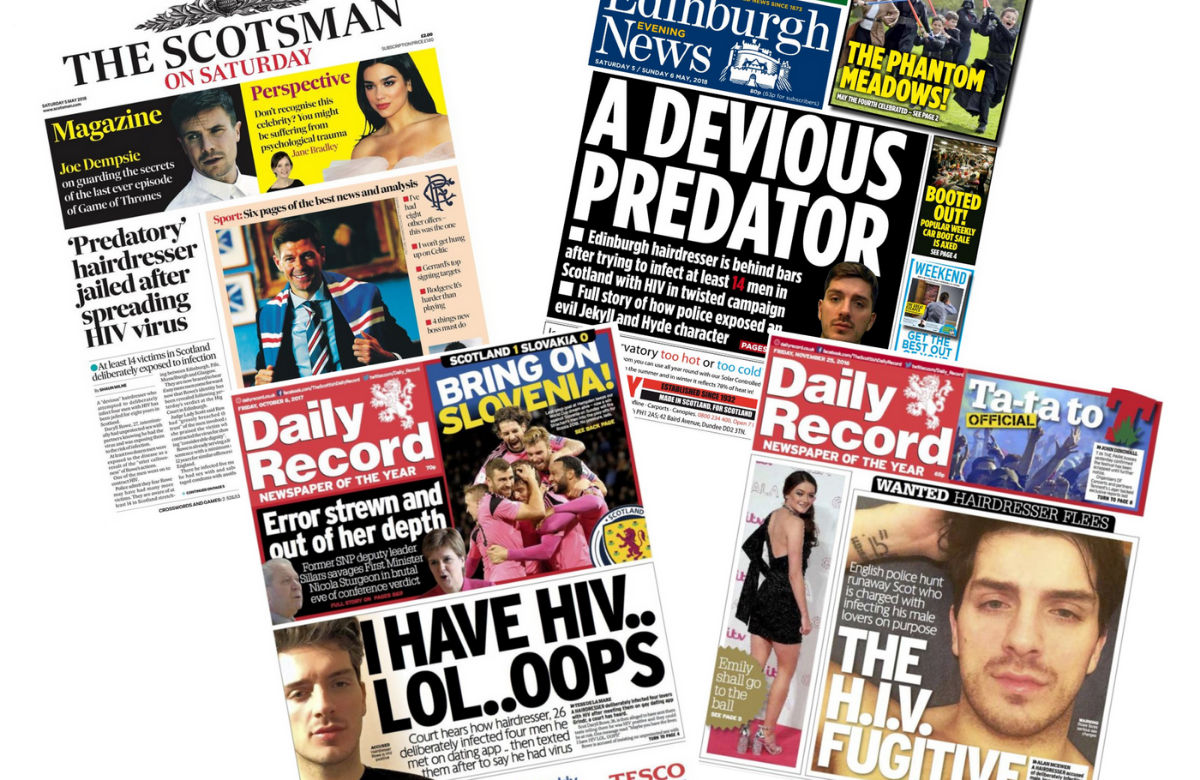 News coverage of Daryll Rowe, the only person to be convicted of intentional HIV transmission in the UK, accentuated stigma around HIV, according to a recent study. The overarching focus was on communicating the evil of Daryll Rowe and the suffering of his victims. None of the newspaper articles challenged social representations of HIV as a devastating and destructive disease.

Although the case was unique because Rowe was convicted of intentionally infecting his sexual partners with HIV, headlines were frequently unclear about intentionality. This ambiguity could leave readers thinking that HIV transmission itself was always illegal or morally reprehensible. For example, headlines said that Rowe was “charged over HIV infection”, “pleads guilty to infecting victims” and was “jailed for life for infecting men with HIV”.

The newspapers quoted extensively from testimony and interviews given by some of the men who became HIV positive as a result of Rowe’s actions. The men were described as ‘victims’ who had been given ‘the deadly virus’ and were now living with a ‘life sentence’. Again there was ambiguity about whether the men’s psychological distress was due to the specific circumstances in which they acquired HIV (deceit and intentional transmission) or due to living with HIV itself.

“Reporting reinforced dominant social representations of HIV in the pre-treatment era but did not acknowledge, or explain, modern developments in HIV science which ensure a good prognosis and normal life expectancy if one is diagnosed and treated early,” say the academics.

New changes to the US Postal Service are jeopardising the value and convenience of getting prescriptions by mail.

As CATIE reports, a Canadian study found that people living with HIV were more likely to be lonely than the average person – and that loneliness grew more common the younger a person with HIV was.

South Africa: Half of people living with HIV who need a repeat viral load test received it late | Avert

National study finds high levels of repeat viral load monitoring among people whose HIV treatment is beginning to fail – but test waiting times are too long.