Pain is very common among people living with HIV, especially older people. It is linked to poorer mental health, including depression, post-traumatic stress and disturbed sleep. It can result in limitations on daily activities and social life as well as making adherence to HIV treatment harder.

Researchers spoke to 39 people living with HIV and ongoing (chronic) pain in the UK. Many of the people they spoke to linked their pain to their HIV status, believing that HIV (or HIV treatment) had caused it or made it worse. They believed they would need to share their HIV status with their GP in order to receive the right support, but feared discrimination if they did.

One man said: “If you say, I have pain, you are most likely going to be asked the question ‘why?’ Are you really going to tell me that you would be straight faced and say it’s HIV related?”.

Many participants talked about being ‘bounced’ between GPs and HIV specialists, with each one believing the other should deal with the problem.

Several studies in the general population have shown that when women and Black people tell healthcare professionals about their pain, their concerns are more likely to be dismissed than their White male counterparts. This seemed to be the case in this study too, with few Black women being referred to specialist pain services.

Some people had found ‘self-management’ courses offered by HIV charities and clinics to be helpful. One woman said: “I did self-management and honestly it helped me talk and explain to the doctors, not to be shy. Doctors sometimes can be intimidating but the self-management course taught me, it’s your disease, you should go talk and tell [your doctor] about the pain.”

The researchers say that specific clinical pathways to pain services and implicit bias training for healthcare providers are needed to ensure people with HIV receive appropriate care for chronic pain.

People with lots of experience of HIV treatment

For the study, people who met any two of the following three criteria were considered heavily treatment-experienced:

In the study from 2010 to 2016, one in ten people living with HIV was considered to be heavily treatment-experienced, with more people having this status at the end of the study than the beginning. Rates were higher in western European countries than those in eastern Europe.

The researchers found that people who were heavily treatment-experienced tended to be older than other people with HIV and to have been living with HIV for longer. As you might expect, they often had more complex medical histories, with more people having previously experienced AIDS-defining illnesses, other serious illnesses and low CD4 counts.

Looking at serious illnesses (such as heart disease and kidney disease) and AIDS-defining illnesses (such as some cancers and opportunistic infections), the picture is more complicated. In terms of raw numbers, these illnesses were more common in people who were heavily treatment-experienced.

But when the researchers made statistical adjustments to take account of other factors that could influence the results – especially older age, lower CD4 counts and more long-term health conditions – they found no difference according to treatment experience. In other words, it was not that being heavily treatment-experienced put people at higher risk of these illnesses. But more of this group did have other risk factors, such as a low CD4 count.

Having a baby when you're living with HIV 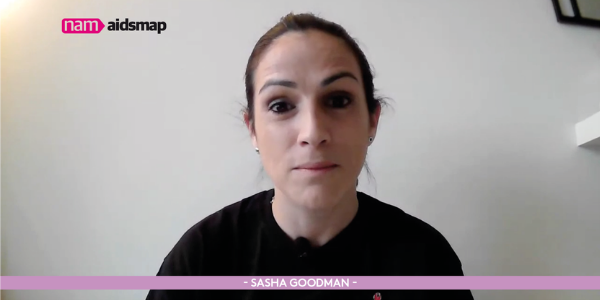 In our new video series, Family Matters, three women who are living with HIV talk about having children. They share their experiences and talk about delivery options, support and care, feeding your baby, and the importance of taking HIV treatment during pregnancy.

Family Matters is a project we are working on with the 4M Network of Mentor Mothers.

You can watch all three videos on aidsmap.

Taking medications that affect the central nervous system, such as benzodiazepines or other sedatives, increased the risk for errors. These drugs are often inappropriate for elderly people because they pose a risk for falls or other accidents, memory loss, hallucination and confusion.

Impaired kidney function increased the risk of having the wrong dosage of medication prescribed. Many medications are processed by the kidneys, and kidney function can decline as a person ages. People might need different dosages of medicines as that happens.

In this study, women had more health conditions and took more non-HIV medications than men. They were also more likely to have disorders such as cognitive impairment and depression; renal impairment; and musculoskeletal disorders such as osteoporosis and neuropathy.

After adjusting for the differences between men and women in the study, women still had an eight times higher risk of prescription errors than men. It was a small study (175 people), so more research is needed to replicate and confirm these findings.

Your doctor or pharmacist may ask you to confirm the medications you are taking periodically. It is important to do so to reduce the risk of harmful side effects from prescribing errors. You should also tell your doctor and pharmacist about all the medications you are taking, including over-the-counter medications, vitamins, supplements, and whether you use alcohol, cannabis, or other substances.

Telling your partner you have HIV

Public health messages related to talking about your HIV status – often called ‘disclosure’ of HIV status – tend to place an emphasis on negotiating safer sex, preventing the onward transmission of HIV, or as a way of getting support for treatment adherence. But these are not necessarily the reasons why an individual chooses to disclose or not, or how they frame their disclosure.

Researchers talked to women living with HIV in South Africa about why they shared or did not share their status with their sexual partners.

Some women felt that being honest with their partners would bring them closer together. They sometimes saw disclosure as a ‘make or break’ moment for the relationship – a test of whether or not they could be accepted after having disclosed their HIV.

One woman said: “He was upset and so on. Then I told him, if he’s not happy with me, then he must say ‘no’. I’ll take my things and leave, I’ll move [end the relationship]. Then he said, ‘no, it’s good’ I told him, and I was honest with him. And then he also said now [disclosed his own HIV-positive status].”

Other women believed that they had acquired HIV as a result of their partner’s betrayal or non-disclosure. This often resulted in disclosure as part of a confrontation.

As one woman explained: “When I called him, I insulted him, told him that he is cruel for not telling me that he is sick, for not putting on a condom and so on. For not wanting to go to a clinic [to test], you see.”

Some women chose not to disclose their HIV status as an act of self-preservation. One interviewee said: “It is about three times now, [he was] throwing me out of the house. I also told myself that no, there’s no need to show him who I am. Let me just keep it this way and continue the way we are.”

The researchers say that health services should take these kinds of real world issues into account when supporting people who are thinking about whether to tell their partners or not. They say these issues may be more important for many women than talking about preventing transmission or getting treatment support. 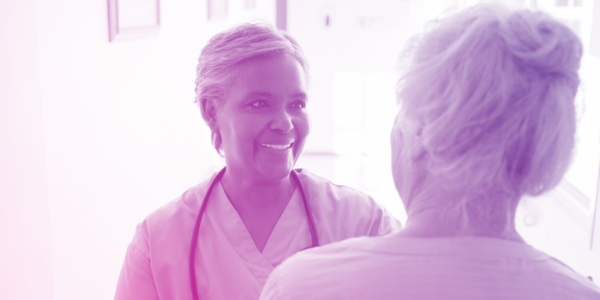 Many people with HIV have other health conditions too. You may need to see a number of doctors at different clinics and find that health services are not as joined up as you’d like.

There’s a lot you can do yourself to make things work more smoothly; here are some tips to help you deal with multiple healthcare providers.

Are people living with HIV ready to contribute to the next step in cure trials? | TheBody

Exciting new discoveries toward a functional HIV cure are emerging. But we’ll only get there if people with HIV join studies.

Immunocompromised and concerned about the vaccine? Here's what you need to know | NPR

Vaccinating immunocompromised patients is especially important. But it also raises special considerations that these patients should discuss with their doctor beforehand. Here's what you need to know about the COVID-19 vaccines.

The 'elite controllers' who can naturally suppress HIV | The Guardian

Research into how some HIV-positive people keep the virus at bay promises to yield new treatment possibilities, from vaccines to gene therapies.

A shot in the dark: why are HIV vaccines taking so long? | POZ