To tell or not to tell: why and how women disclose their HIV status with partners 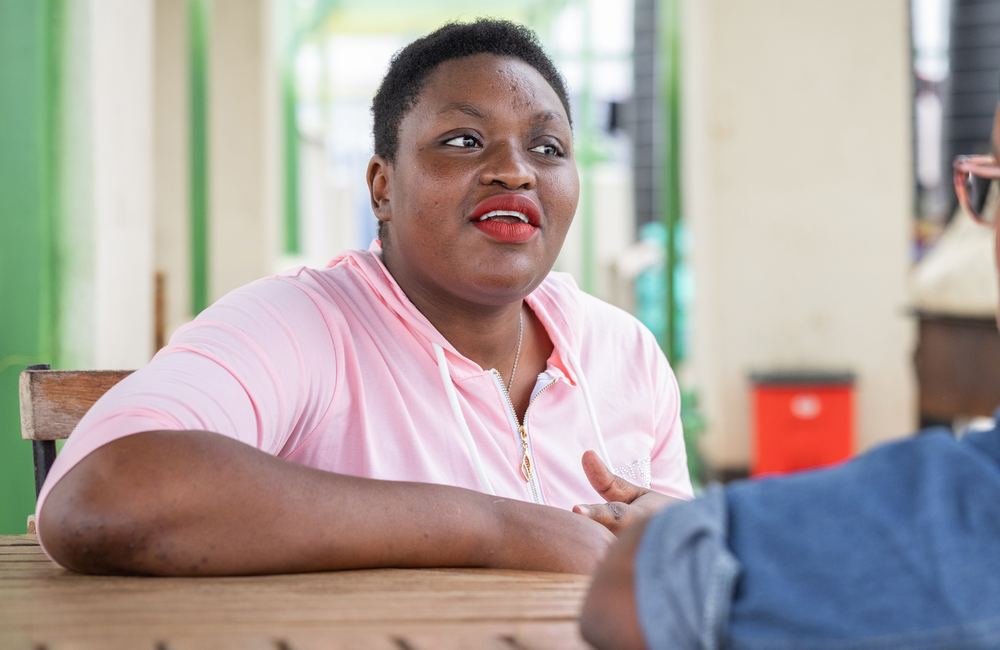 Women living with HIV in South Africa cited varied reasons for why they shared or did not share their status with partners. These ranged from disclosing as a way to increase intimacy, using disclosure as a form of confrontation after learning that they had acquired HIV from a partner, to deciding not to disclose as an act of self-preservation. These findings were published by Dr Lario Viljoen from Stellenbosch University and colleagues in Women’s Health.

While public health messages related to disclosure often place an emphasis on negotiating safer sex practices, preventing the onward transmission of HIV, or as a way of attaining support for treatment adherence, these are not necessarily the reasons why an individual chooses to disclose or not, or how they frame their disclosure. The researchers wanted to investigate women’s disclosure narratives in the context of universal testing and treatment services offered as part of the PopART (HPTN 071) trial in Western Cape, South Africa.

As part of qualitative component of the larger PopART study, bimonthly household visits were conducted in nine communities in the Western Cape, between 2016 and 2018. This included participant observation, interviews and focus groups related to various aspects of participants’ lives, including love, sex and romance. For this thematic analysis, the disclosure narratives of 15 cisgender women living with HIV were examined in the context of their day-to-day lives.

Disclosure as a way of increasing intimacy

For several women, disclosure to a partner was viewed as a way to increase intimacy in the relationship. These women felt that ‘being honest’ with their partners would bring them closer together. Thus, these narratives included elements of initial uncertainty, vulnerability, needing support in dealing with the emotional burden of an HIV diagnosis, or as a test to see if their partners were willing to accept them with their HIV. Participants occasionally needed to find elaborate ways of disclosing, such as going for an HIV test with their partner despite already knowing their status, using this as an opportunity for disclosure.

An infection that can be spread easily, by casual contact.

In some instances, participants viewed the moment of disclosure as a ‘make or break’ moment for the relationship – a test of whether or not they could be accepted after having disclosed their HIV. If acceptance was forthcoming, participants framed it as making the relationship stronger, with deeper levels of trust and intimacy.

“He was upset and so on. Then I told him, if he’s not happy with me, then he must say ‘no’. I’ll take my things and leave, I’ll move [end the relationship]. Then he said, ‘no, it’s good’ I told him, and I was honest with him. And then he also said now [disclosed his own HIV-positive status].” – Dora, aged 30.

When disclosure on the part of the women led to their partners disclosing that they too were living with HIV, this elicited differing responses, based on whether or not they felt betrayed as a result of the non-disclosure.

“No, he did not tell me. I found out at the clinic [inaudible]. I was getting angry, because I told him about me [my status] but he has not told me about himself [his status].” – Lana, aged 28.

In Chantelle’s case, disclosing her HIV status led to acceptance and a discussion on how to prevent transmission to Bradley, her partner. However, the authors emphasised that many of the women’s disclosure narratives were not explicitly focused on preventing onward transmission of HIV, but instead on increasing intimacy and trust.

“Bradley said, ‘it’s not about being contagious. You just have to know how to avoid it [HIV transmission]. You won’t have clean [condom-less] sex, [you need to know what to do] if you have cuts’. Furthermore, the two of us, we understand each other. He understands me and I understand him. He accepts what I have been through.” – Chantelle, aged 31.

For women who discovered that they had acquired HIV as a result of a partner’s betrayal or non-disclosure, this often resulted in disclosure as part of a confrontation. Prominent narratives included those of broken trust, infidelity and re-evaluation of the relationship. Once again, these narratives were not focused on accessing treatment support or framed in biomedical terms, but instead expressed anger and betrayal.

“I wasn’t expecting it you know. But, as the time passes [you think], why would someone you love, you really love [stops mid-sentence]. That’s why I was saying, if he loves me, why would he hurt me in this way, you know?” – Millie, aged 45.

During these conversations, the male partners were forced to acknowledge that they had HIV. This illustrated the complex nature of disclosure, where the women’s partners had found it challenging to speak about living with HIV, only to lead to more difficult conversations later, once the women discovered that they had acquired HIV.

"These narratives were not framed in biomedical terms, but instead expressed anger and betrayal."

In some cases, participants spoke of regaining a sense of agency through confrontation. Rebecca confronted an older man she had had a relationship with when she was a teenager, once she discovered that she had acquired HIV from him, years later.

“When I called him, I insulted him, told him that he is cruel for not telling me that he is sick, for not putting on a condom and so on. For not wanting to go to a clinic [to test], you see. So, he said that he doesn’t know about that, and I told him that he should stop denying it.” – Rebecca, aged 26.

Non-disclosure as a form of self-preservation

Some women chose not to disclose their HIV status, as they either feared the consequences (an end to the relationship or material consequences, such as being ousted from a shared home) or because they did not see it as necessary, because they were using condoms. Some women found alternative ways of introducing condoms into the relationship, such as stating that they were necessary for contraception. 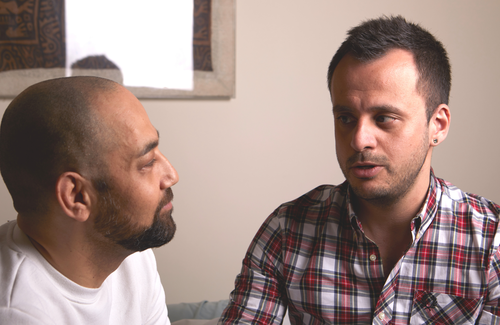 Find out more: Telling people you have sex with that you have HIV

“It is about three times now, [he was] throwing me out of the house. I also told myself that no, there’s no need to show him who I am. Let me just keep it this way and continue the way we are.” – Ntombi, aged 40.

“I wanted protection for him because he trusted me. I also trusted him but then now I deceived him. I said that I don’t inject the needle [contraceptive injection]. So [inhales loudly], we must use condoms, then he agreed.” – Cebisa, aged 19.

None of the women cited being on treatment or having an undetectable viral load as one of the reasons not to disclose. The authors stated the narratives related to treatment as prevention had not yet filtered down into the women’s reasons for disclosure or non-disclosure at the time of the research.

“We have shown that HIV status disclosure happens in context of tensions and overlapping priorities, such as relationship dynamics and identity formation. In addition, there are apparent competing disclosure principles: public health systems are focused on treatment adherence and transmission prevention while women living with HIV are focused on the dynamics of interpersonal relationships,” the authors conclude. “Effective HIV counselling could be instrumental in facilitating disclosure processes by simultaneously providing interpersonal relationship support and engaging couples in the personal and public health benefits of ART adherence.”

South African study finds adolescents who learn they have HIV are no more likely to experience mental health issues than those who remain unaware.
Be In The Know
1 Jun 22
Telling people you have HIV

The Horror and Happiness of Oliver Sim

The xx singer on going solo, disclosing his H.I.V. status and learning that he actually likes people.
The New York Times
23 May 22
Telling people you have HIV

Gareth Thomas and his parents: ‘As a family, we don’t live in the past’

The Welsh rugby legend and his parents recreate a family snap and talk about getting through tough times.
The Guardian
20 Dec 21
Telling people you have HIV

Your HIV Status Is Nobody's Business but Your Own

You don’t owe anyone an explanation of your serostatus unless you choose to tell them.
TheBody
13 Dec 21
More editors' picks