There is some evidence that drinking is more harmful to people living with HIV than those who don’t have HIV. However, less is known about how different drinking habits (overall alcohol intake, frequency of drinking, and how much alcohol is consumed per occasion) affect these risks.

A recent Swiss study looked at death and liver problems – such as cirrhosis, multiple abnormal lab tests, and transplants – among people living with HIV by their drinking habits. Drinking habits were sorted into four categories using a standard alcohol use disorder screening test:

The study was done with 11,849 people living with HIV in Switzerland who were followed for an average of nearly seven years.

This study had similar outcomes to a recent study in Finland that was not specific to people living with HIV. That study also found that binge drinking raised the risk for liver disease, even between people with similar overall levels of alcohol consumption.

This information can also help people living with HIV choose safer drinking habits. Our page on alcohol has tips on safer drinking. 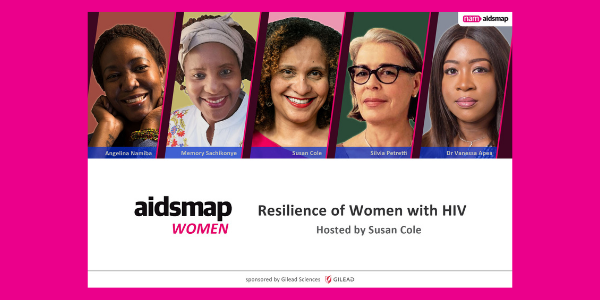 aidsmapWOMEN is now available to watch online. In the third episode of our three-part series, NAM's Susan Cole talks to her guests about the resilience of women living with HIV.

Susan's guests are Angelina Namiba from the 4M Network of Mentor Mothers living with HIV; Memory Sachikonye from UK-CAB; Silvia Petretti, CEO of Positively UK; and Dr Vanessa Apea, an HIV and sexual health consultant at Barts Hospital in London.

Other health issues for women with HIV

A number of studies have suggested that people living with HIV are more likely to develop health issues such as heart disease or high blood pressure at a younger age than people who are not living with HIV. There is also some evidence indicating that women living with HIV are at greater risk than men. However, women are under-represented in many studies, so more information on this is welcome.

The latest research comes from the United States, comparing over 3000 women taking part in a long-running study. Both HIV-positive and HIV-negative women are involved, and the researchers make efforts to ensure that the HIV-negative women who take part have similar lifestyles to the HIV-positive women. In this study, participants are predominantly Black or Latina, living in urban areas where poverty and substance use are frequent challenges.

The HIV-positive women did not all receive optimum HIV treatment. At the beginning of the study, only 69% were on treatment and 45% had a low viral load (below 200), although this improved a bit over time.

The researchers followed the women for several years, and found that women living with HIV were 36% more likely to develop health issues than women without HIV, after adjusting for other factors that could influence the results (like poverty, alcohol use and obesity). High blood pressure was the most common co-morbidity, developed by 55% of women living with HIV and 53% of HIV-negative women.

Surprisingly, the difference between HIV-positive and HIV-negative women was especially strong for women in the youngest age group, under 25 years.

The researchers say that doctors of women living with HIV should be looking out for these kinds of health issues throughout their lives – guidelines on the ages at which screening should be offered may need to be adjusted.

It would be interesting to see a similar study in a setting where women have better access to health care and have different social circumstances. 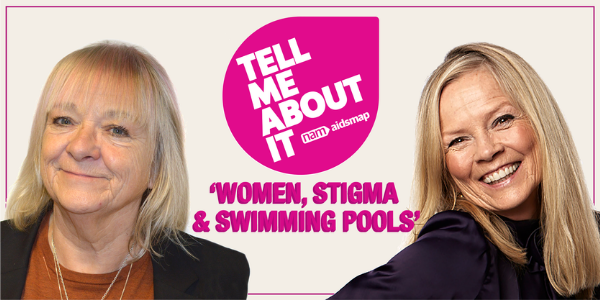 The third episode of our new podcast series is available to download. The six-part series features honest, funny and open conversations about what it really means to live with HIV today, and how much that’s changed.

Episode 4 will be available on Wednesday next week. It features NAM's Executive Director Matthew Hodson in conversation with the Deputy Chair of Stonewall, Simon Blake.

Transitioning from paediatric to adult care

At some stage, young people who were born with HIV will move their care from a paediatric HIV clinic to an adult HIV clinic. The transition from a child- and family-orientated space in which patients don’t have much autonomy can be challenging. In the adult clinic, young patients suddenly become responsible for tracking their own appointments, arranging their own travel and engaging with frequently changing staff members.

But the study suggests that young people at a higher risk of negative outcomes could be earlier identified and more support could be offered.

The annual Conference on Retroviruses and Opportunistic Infections (CROI) is taking place from 6 to 10 March 2021. It is being held virtually again this year due to coronavirus.

We’ll be reporting on key research presented at the conference, publishing news online and sending out four summary bulletins by email. As you receive HIV update, you will automatically receive our conference bulletins.

'Am I the only woman in Britain living with this?’ The hidden history of women with HIV | i

Women who contracted the virus in the mid-1980s often found themselves isolated and with no sense of community.

Terrence Higgins Trust's Chief Executive Ian Green talks about how they lobbied UK governments to give people living with HIV the option to access the potentially life-saving COVID-19 vaccine through their HIV clinic.

The Department for Work and Pensions (DWP) has finally agreed that all disabled people being assessed for personal independence payment (PIP) will be able to have their face-to-face assessments recorded.