Best drug if starting treatment with a high viral load

In a large US study, one third of people living with HIV who were taking HIV treatment for the first time had a very high viral load – above 100,000 copies/ml. Many people in this group were probably diagnosed after several years of having HIV without realising it and also had a low CD4 count when starting treatment.

The choice of anti-HIV drug is especially important for people starting treatment with high viral loads. This is because it usually takes a longer time for a person with a high viral load to reach viral undetectability, and they may be more likely to fail treatment due to drug resistance if their adherence during this period isn’t optimal, compared to people with lower viral loads. Treatment failure leads to disease progression and this can happen faster if your viral load is high.

The researchers followed 2038 people starting treatment with a very high viral load. They compared rates of treatment success (viral load going below 200 within eight months) according to the core anti-HIV medications used. These were all taken as part of a combination of three drugs.

The best results were seen for dolutegravir (86% having good results). This drug is branded as Tivicay and is also included in the tablet Triumeq along with two other medications, abacavir and lamivudine.

Initially, results only seemed a little poorer for elvitegravir (82% success), but after adjusting for other factors that could affect the results, it was clear that dolutegravir was superior. Elvitegravir is a component of the tablets Stribild and Genvoya.

Darunavir, branded as Prezista, and also included in Rezolsta or Symtuza, only had a 60% rate of treatment success.

Results were also poorer for raltegravir (Isentress), but not many people were taking this drug.

These findings may suggest that in this specific situation – starting treatment with a very high viral load – treatment guidelines could be updated, so as to recommend dolutegravir rather than other medications. 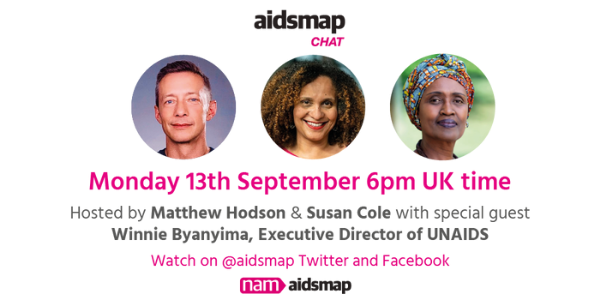 Many people living with HIV find it helpful to meet other people who are living with HIV. It can be good to talk to someone with personal experience of what it means to live with HIV who perhaps has been through similar things to you. As well as happening informally, HIV community organisations also host groups for people to meet and talk. This is known as ‘peer support’.

A group of researchers looked into the research on peer support. They looked for scientific studies that showed if peer support made a difference to people’s physical or mental health. They found 20 studies, including ten from the United States and others from Nigeria, Uganda, South Africa, Vietnam, Kenya, China, Mozambique and Spain.

Pooling the data together was often difficult. The nature and setting of peer support programmes varied so much that it was hard to form direct comparison between studies. Also, some of the benefits of peer support may be hard to capture with the methods and questions that researchers used in the studies included.

There was some evidence to suggest peer support could help in terms of adherence to HIV treatment, viral load results and remaining engaged with medical care. However, the results were often different between different studies and the researchers say that they “must be interpreted with caution”.

They did not, however, find any convincing evidence that peer support made a difference to several other important outcomes: starting HIV treatment, CD4 cell count results, risky sexual behaviour, mental health, quality of life or experiences of stigma.

Stopping treatment as part of a study

One goal of HIV cure research is to find a way to permanently control viral loads without the need for antiretroviral therapy (ART). To allow researchers to see if an experimental treatment can make this happen, participants in cure trials have to stop taking their ART for a period of time. Medical experts have developed recommendations to minimise risks associated with these treatment interruptions, but few have analysed their long-term health impacts.

Now, a study from Barcelona University Hospital shows that over a period of nearly 20 years, people who underwent treatment interruptions were four times as likely to be admitted to the hospital for a serious non-AIDS-related condition than people who never interrupted their treatments.

The study compared 146 patients who had previously participated in studies involving antiretroviral interruptions to 45 patients who had not. People in the treatment-interrupted group generally maintained good CD4 cell counts. But the lengths of time they went without ART and so experienced higher viral loads varied.

Decisions to restart antiretroviral therapy are usually based on viral load and depend on the goals of a particular study – treatment may be restarted when viral load increases to a certain level, or stays above that level for a certain amount of time. Regardless of study goals, current recommendations state that treatment should resume if a participant wants it to (no matter what their reason is), becomes pregnant, develops HIV-related symptoms, or needs treatment to manage non-HIV related conditions such as cardiovascular health. 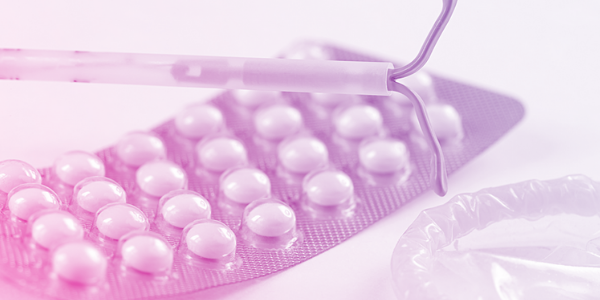 Choosing a method of contraception depends on your situation and preferences, how well it suits your lifestyle and how often you have to use it. Several anti-HIV drugs interfere with how hormonal contraceptives work, and contraceptives may not be as effective as usual. If there are drug interactions, you can be supported to change your HIV treatment so that you can use your preferred contraceptive method. You can read about different types of contraception in our newly updated page.

Menopause is a natural part of the ageing process, beginning generally between 45 and 55 years. The first sign of the menopause is usually a change in the normal pattern of your periods. There may be longer gaps between periods, and they may be unusually light or heavy. Eventually, you'll stop having periods altogether.

Other symptoms include hot flushes, a lack of interest in sex and vaginal dryness, and psychological symptoms such as depression and anxiety.

Hormone replacement therapy (HRT) and topical oestrogen (as creams and pessaries) treat and manage menopausal symptoms effectively. HRT replaces hormones that reduce with age. HRT is available as a tablet, patches or gel. Topical oestrogen can be used to ease vaginal symptoms such as itchiness, dryness or burning.

Little is known about menopause as it relates to HIV, so researchers enrolled 847 women living with HIV aged 45 to 60 years in the UK for a study.

They found that many women experienced severe menopausal symptoms, including around a third of those whose pattern of periods had started to change or had stopped completely.

However, only 9% of women with bodily symptoms such as hot flushes had used HRT, and only 6% of women with vaginal problems had used topical oestrogen. These unmet needs suggest that women with HIV, their GPs and their other healthcare providers need to be better informed about ways to manage menopausal symptoms, the researchers say.

An HIV-specific model underestimated the risk for heart attacks and other cardiovascular events.

The pandemic has set back the fight against HIV, TB and malaria | New York Times

Prevention and treatment fell in poor countries last year as access to health care declined, according to a new report.