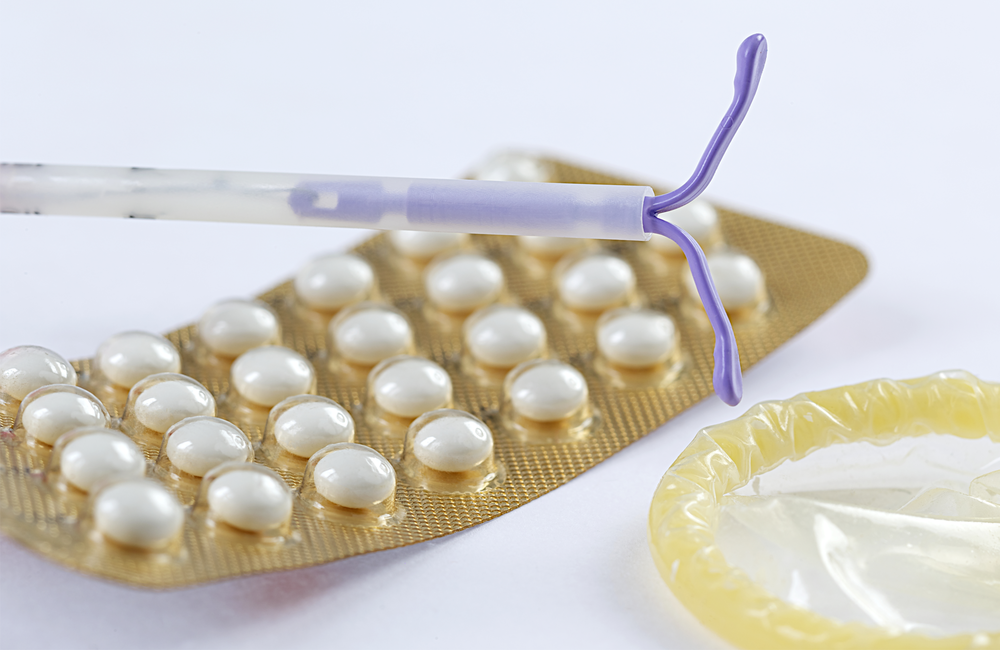 Becoming a parent of a healthy, HIV-negative child is a realistic option for many people with HIV. However, you may want to plan when pregnancy happens, or prevent pregnancy from ever happening.

Several anti-HIV drugs interfere with how hormonal contraceptives work, and contraceptives may not be as effective as usual. If there are drug interactions, you can be supported to change your HIV treatment so that you can use your preferred contraceptive method.

These hormonal contraceptives may be less effective, depending on the HIV treatment you are taking:

Some other medications can interact with hormonal contraceptives, including some antibiotics and drugs used to treat epilepsy. Getting advice on possible drug interactions from your healthcare team is important. Let them know about any other drugs you are taking, including any contraceptives.

Long-acting reversible contraceptives are very effective birth control methods. Many people like these long-acting methods of contraception as they are the most reliable methods, offer the convenience of not having to take daily tablets, and can also be more discreet. Once fitted or administered, they will work for several months to ten years, so you don’t need to think about using them every day or every time you have sex.

The Intrauterine Device (IUD) and Intrauterine system (IUS) are not affected by HIV treatment. Some anti-HIV drugs may interact with injectable or implant forms of contraceptive. Nonetheless, real world evidence shows that these long-acting options are still highly effective in people living with HIV.

The IUD is a small, T-shaped device made from plastic and copper that fits inside the womb (uterus). It is sometimes called a coil. It releases copper into the body, causing changes that prevent sperm from fertilising eggs. Once fitted, it works for five to ten years.

The Mirena IUS is a small plastic device also fitted in the womb, which contains hormones. Periods usually become lighter, sometimes stopping them altogether. Some people use it to reduce heavy, painful periods. Once it’s fitted, it works for five years.

For both the IUD and IUS, you will be offered a sexual health screen, and any sexually transmitted infections (STI) will be treated before a doctor or nurse fits the coil. They can be painful to fit and can be easily removed if it doesn’t suit you. Once removed, your fertility will return to normal immediately.

The implant (Nexplanon) is a small flexible plastic rod that's placed under the skin in your upper arm. It releases the hormone progestogen into your bloodstream and lasts for three years. It can be easily removed if it doesn’t suit you. Once removed, your fertility will return to normal immediately.

"In the UK, contraception is available free, provided by the National Health Service (NHS). "

Contraceptive injections may reduce heavy periods and help with premenstrual symptoms. Most often, periods will stop completely, however, some people experience irregular or heavy periods or periods that last longer.

Contraceptive injections can sometimes lead to a small loss of bone mineral density or thinning of the bones. Usually this isn’t a problem, but some anti-HIV drugs, HIV itself, and age can all affect bone mineral density. Depo-Provera has been shown to worsen bone loss from the anti-HIV drug tenofovir. It’s important to discuss this with your healthcare team when selecting a contraceptive method.

Unlike the other long-acting options, a contraceptive injection cannot be removed once it is injected so it will stay in your body for 13 weeks. After your last injection, there may be a delay of up to one year before your fertility returns to normal.

Condoms are an effective way to prevent pregnancy when used consistently and correctly, and they are the only form of contraception that also protect against sexually transmitted infections. There are both external (used over the penis) and internal (used inside a vagina or anus) condoms.

Condoms are not as effective as long-acting reversible contraceptives. They need to be used properly and consistently in order for them to be effective. Some people choose another form of contraception as a back-up and to feel more in control. It is very important to use condoms correctly. You can find out  how on NAM’s page, Condoms.

Diaphragms and caps (contraceptive devices you place in the vagina each time you have sex) are not recommended for people who have HIV. This is because they are normally used with a spermicide, a substance that can lead to irritation, genital sores and lesions. These sores or lesions, which you may not realise you have, can increase your risk of passing HIV on to an HIV-negative sexual partner if you do not have an undetectable viral load.