AIDS 2022: Just six injections a year can prevent HIV: how will the world afford them? Wednesday 3 August 2022

Just six injections a year can prevent HIV: how will the world afford them?

An injection every two months of the antiretroviral cabotegravir is the most effective way to prevent HIV the world has ever seen. Two large clinical trials conducted among gay and bisexual men, transgender women and cisgender women found that those who received cabotegravir injections were about 80% less likely to contract HIV than those taking the daily HIV prevention pill.

On Thursday, ViiV Healthcare announced it had signed a voluntary licence with the Medicines Patent Pool to allow 90 countries to access generic versions of the drug.

Generic suppliers should be ready to distribute their products in around five years. The market will have to grow large enough to accommodate them. Until then, ViiV will be the sole manufacturer.

Making this new HIV prevention option affordable will depend, in part, on how many generic manufacturers will invest in producing it – and for that, there must be the promise of large markets.

In the meantime, ViiV has committed to supplying injectable cabotegravir to the 14 countries that were involved in clinical trials. To increase supply for many more countries, ViiV will have to ramp up production. To invest in expensive additional capacity, it will probably need upfront commitments from large donors such as the Global Fund to Fight AIDS, TB and Malaria and the US President's Emergency Plan for AIDS Relief (PEPFAR).

The official price tag in the US is US$22,000 per person annually, although actual prices are likely to be much lower even in other high-income countries. The company has announced it will offer the 90 countries covered in the licence a reduced price. Several sources have told us that the company has discussed a potential price of US$240 per person annually – nearly five times the cost of generic versions of the HIV prevention pill.

UNAIDS and many advocacy organisations such as South Africa’s Treatment Action Campaign and Health GAP have publicly demanded ViiV drop its price to about US$60 per patient annually.

Sibongile Tshabalala, chairperson of the Treatment Action Campaign was one of dozens of protestors who stormed a session at the 24th International AIDS Conference (AIDS 2022) this week to protest the lack of access to the jab, saying, “Long-acting injectable PrEP is a game-changing revolutionary tool for HIV prevention but WHO guidelines for rolling out long-acting cabotegravir mean nothing as long as communities can’t get this product because of ViiV greed."

The lowest price projections rely on large numbers of people having PrEP injections – millions of people lining up at a pharmacy or clinic for a quick jab every two months.

The question is: how do you create a market for a product that most of the world has not yet seen? In a recent World Health Organization survey, around seven out of ten PrEP providers said they would offer an HIV prevention injection if they had access to it – but only about half knew that one existed.

Some of the world’s leading experts and public health officials discussed the global response to the growing monkeypox outbreak at AIDS 2022 in Montreal this week. But advocates said the world is not doing enough to address the crisis, which is primarily affecting gay and bisexual men.

At a media roundtable, Dr Meg Doherty of the World Health Organization (WHO) gave an update on the outbreak. According to its latest situation report, dated 2 August, WHO has received reports of 23,351 laboratory confirmed monkeypox cases worldwide, resulting in eight deaths. The US is now reporting the most cases (over 6000), followed by Spain, Germany and the UK. According to WHO, 99% are men, most of whom identify as gay or bisexual and report sex as their most likely transmission route.

Dr Marina Klein of McGill University in Montreal described the local monkeypox response, which has exceeded that of many other countries. The city appears to have an ample supply of the vaccine and is providing doses for all men who have sex with men and sex workers.

There are still lots of unanswered questions for scientists and communities.

That uncertainty is reflected in differing vaccine protocols. Many cities and countries are administering one dose initially, to partially protect as many people as possible right away, but there is confusion about how much protection the first dose offers and when people need to get the second.

One area where we do have more answers is symptoms, thanks to the efforts of frontline clinicians and patients who have shared their stories. Professor Chloe Orkin of Queen Mary University of London and a large team of collaborators recently published an analysis of more than 500 monkeypox cases, revealing new symptoms not previously reported in countries where the virus is endemic.

Public health officials, clinicians and advocates alike all agree that the global monkeypox vaccine supply is not keeping up with demand, especially as high-income countries vie for the limited number of doses. Although countries in west and central Africa have faced monkeypox for decades, they do not have access to vaccines and treatment.

Dr Dimie Ogoina of Niger Delta University in Nigeria, addressing delegates at a symposium on monkeypox virtually, said that since cases started appearing in Europe and North America, there’s been increased monkeypox awareness and surveillance in Nigeria, but, "we must ensure there is equity in the distribution of vaccines and therapeutics.”

As Dr Demetre Daskalakis, the director of the Centers for Disease Control and Prevention's Division of HIV Prevention and newly appointed deputy co-ordinator of the US monkeypox response, prepared to speak at the symposium, dozens of activists stormed the stage. The protesters – including veteran AIDS activists – demanded increased access to vaccines and treatment both in the US and worldwide.

The activists’ list of demands includes “decisive leadership” from WHO and the United Nations on global monkeypox vaccine and treatment access, including efforts to scale up production. The protesters demanded that the global monkeypox response prioritises vulnerable populations and communities and called for funding and support for people who need to isolate.

New data on PrEP use during pregnancy suggest it is not harmful to children’s longer-term development, according to a preliminary analysis presented at AIDS 2022.

The study is still enrolling mother-child pairs in western Kenya and will follow them up until the child’s fifth birthday. Study nurses assess children’s growth and neurodevelopment at six-month intervals.

At the time of analysis, data were available for 664 mother-child pairs. The median age of mothers and children when enrolled in the cohort was 28 years and 26 months, respectively. Seventeen per cent of mothers (119) started PrEP in their pregnancy.

These preliminary findings therefore support previous studies that indicate that using PrEP during pregnancy is safe.

The World Health Organization recommends that pregnant and breastfeeding women at risk of acquiring HIV should be offered daily PrEP containing tenofovir disoproxil fumarate (TDF). This recommendation is supported by data from many women living with HIV who used TDF during pregnancy, which showed that it is safe for both mother and infant.

Researchers created modelling based on what is known about the effectiveness of oral and injectable PrEP from previous studies.

The model included drug prices for oral TDF/FTC PrEP based on current South African prices and then set five price levels for CAB-LA, at one to five times the price for generic TDF/FTC. It also included costs for delivery such as staff time.

The researchers created various scenarios based on how long individuals stayed on PrEP (duration) and how many people opted to take PrEP (coverage). The model then looked at how many HIV infections and AIDS-related deaths would be avoided in different scenarios and the reduction in the cost of antiretroviral therapy if fewer people require lifelong HIV treatment.

However, even with these reductions, large numbers of people accessing injectable PrEP would cost the South African health system a great deal. South Africa does not have a stated cost-effectiveness threshold, but 50% of the annual GDP per capita per life year saved has often been used. At present this figure is $2545 a year.

The baseline HIV spend by the South African health system, without any extra PrEP, is currently US$1.9 billion a year. 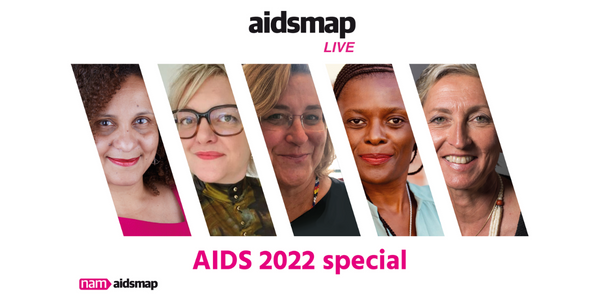 On Monday 8 August at 5pm (UK time), NAM aidsmap is broadcasting an aidsmapLIVE AIDS 2022 special on its Facebook and Twitter pages. 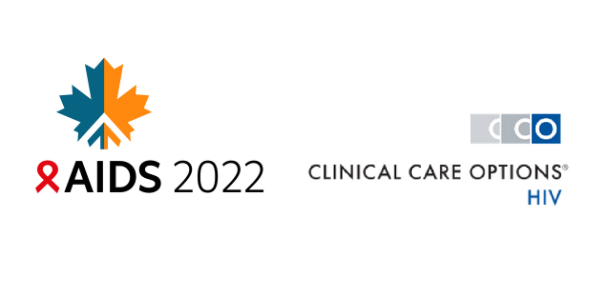