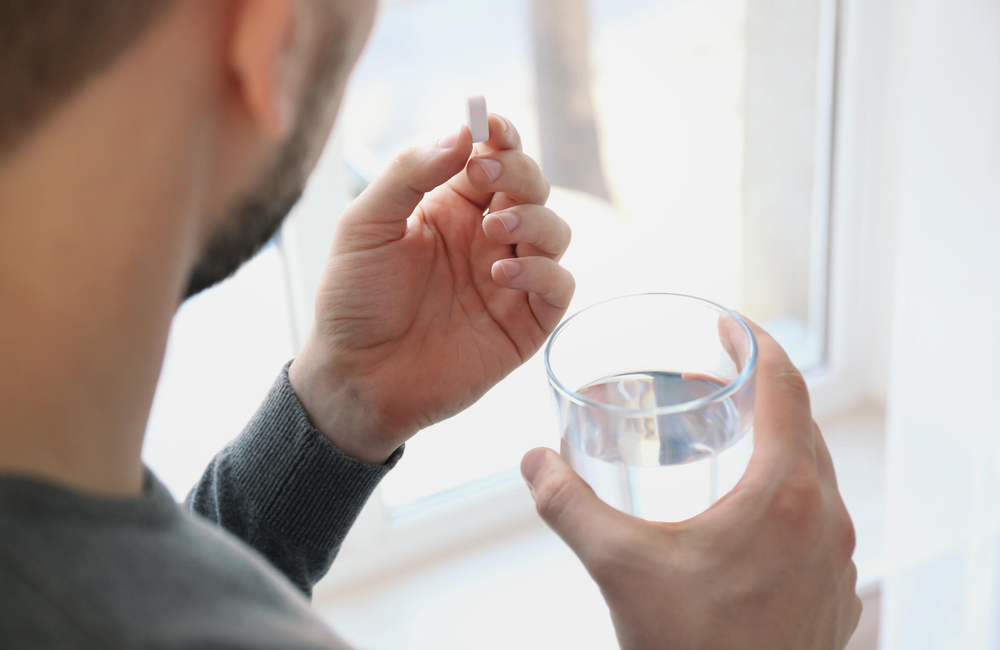 Maybe you’re considering using antibiotics to prevent sexually transmitted infections (STIs). Or maybe this is already part of your sexual health routine. If either is the case, this factsheet is for you, as there are some important points to consider.

It is important to keep in mind that there are currently no clinical guidelines which recommend using antibiotics in this way. This factsheet presents some of the research that has been done and the potential pros and cons of using this approach.

What is STI prophylaxis?

STI prophylaxis involves taking an antibiotic pill to prevent bacterial STIs, such as syphilis and chlamydia.

The latest news and research on sexually transmitted infections prevention

This factsheet focuses specifically on using antibiotics to prevent bacterial STIs, which is still an experimental technique. It is not to be confused with HIV PrEP and PEP, which are effective forms of preventing HIV, as outlined below.

While there is very limited research on the topic, some findings support the concept of using an antibiotic called doxycycline preventatively.

Doxycycline prevents bacteria from reproducing and effectively treats various bacterial infections, including pneumonia, gum disease, skin infections and some STIs. Doxycycline is also used to prevent malaria infection. There is no evidence to suggest that using any other antibiotics than doxycycline would prevent STIs.

Research has largely been carried out with gay men who have multiple sexual partners and don’t use condoms, as they represent the group at highest risk for recurrent bacterial STIs.

A small US pilot study randomised 30 gay men living with HIV, who had had syphilis twice or more since their HIV diagnosis, to one of two groups. Men who took 100mg of doxycycline by mouth daily were 73% less likely to test positive for gonorrhoea, chlamydia or syphilis during 48 weeks of follow-up, compared to men who had been provided with monetary incentives to remain STI free. There was no significant difference in reported risk behaviours between the two groups. This is an example of doxycycline pre-exposure prophylaxis, or doxyPrEP.

On a larger scale, evidence of doxycycline used after sex comes from a French trial with 232 men. Gay men taking PrEP for HIV, and at a high risk for contracting bacterial STIs, were randomised to two groups. Those in the experimental group were instructed to take a 200 mg doxycycline dose (two 100mg pills) within 24 hours after sex (and no later than 72 hours after) – this would work as doxycycline post-exposure prophylaxis, or doxyPEP. The men could take up to a maximum of six pills per week. Men allocated to the other group did not take any antibiotics.

Over a follow-up period of around nine months, there were 47% fewer infections with one of the three main bacterial STIs (syphilis, chlamydia and gonorrhoea) in the men taking doxycycline. While the antibiotic had no effect on gonorrhoea, with similar numbers of infection between both groups, there were 70% fewer chlamydia infections and 73% fewer syphilis infections in the men taking doxycycline when compared to those not taking it.

The gonorrhoea finding was not surprising: around half of the French and UK strains of gonorrhoea, and around a quarter of those in the US, are resistant to tetracycline antibiotics (doxycycline belongs to this class). However, these antibiotics are not usually used in the treatment of gonorrhoea because of the high rates of resistance.

Why doctors don’t recommend this, yet

In most instances, healthcare professionals treat STIs based either on symptoms that you present with, the results of laboratory tests, or both. As STIs don’t always have symptoms (but could still cause long-term damage or complications), it is recommended that people who have sex that puts them at risk test frequently and treat any STIs as soon as they are detected. It is also important to make sure that recent partners are treated.

Taking antibiotics prophylactically (to prevent STIs before you see any symptoms or test positive) is not recommended yet, mainly due to major concerns about the development of antimicrobial resistance. Taking a drug and then (despite prophylaxis) catching an infection that easily develops resistance to it could further raise rates of resistance to that drug in the wider community. Resistance means that medications that were once effective at treating certain bacterial infections lose their ability to do so. Essentially, the bacterium outsmarts the medication, rendering it ineffective.

Resistant strains circulate within the population, resulting in the failure of treatments that had previously worked – even in people not using antibiotics to prevent STIs. Gonorrhoea has evaded multiple classes of antibiotics, and few options remain available. Most recently, it has become resistant to azithromycin and therefore, this antibiotic is no longer recommended for treatment.

There is a danger of running out of antibiotics that work to treat a resistant strain; this complicates treatment and could negatively impact upon health outcomes. Resistance is a concern both for bacteria that cause STIs and other common infections.

However, when it comes to using specific antibiotics to prevent specific STIs, it’s not all bad news – see more under What about resistance?

Who could benefit from using antibiotics for STI prophylaxis?

People at the highest risk of contracting bacterial STIs, especially those who may be at risk for repeated infections, may benefit most from taking STI prophylaxis. If you do not use condoms consistently, or at all, have multiple sexual partners and have had bacterial STIs in the past, you may be interested in the potential of this approach.

Bacterial STI prophylaxis can be taken regardless of HIV status. Many individuals who are HIV negative and on HIV PrEP use condoms less frequently or have stopped using them altogether. Similarly, some who are living with HIV also choose not to use condoms all of the time as an undetectable viral load prevents HIV transmission.

An accepted public health approach promotes the control of STIs among those at highest risk as a way of reducing STIs in the general population. An Australian modelling study supports this notion: it estimated that if half of Australian gay men took doxycycline as PrEP, and it was 70% effective against syphilis, then rates of syphilis would decrease by 50% after a year and 85% after a decade. Interestingly, the same finding applied if only 50% of the highest-risk group (men with more than 20 partners in six months) were taking doxycycline. This indicates that targeted interventions could have widespread community-level benefits.

Surveys in Australia, the US and the UK show high levels of interest among gay men and some healthcare providers in using doxycycline to prevent STIs, with some men already using this approach.

For some groups, such as sex workers, negotiating condom use can be challenging and biomedical forms of prevention, such as HIV PrEP, have been a crucial form of protection. STI prophylaxis could be another valuable protective tool in this instance.

There has not been any STI prophylaxis research carried out with cisgender women, and there is some concern over how ongoing antibiotic use may affect the vaginal microbiome.

When would be the right dosage and time to take antibiotics to prevent an STI?

Based on the limited research available, those at risk for exposure to bacterial STIs would either need to take a 100mg pill of doxycycline daily or take a 200mg dose after a sexual encounter (ideally within 24 hours and no later than 72 hours).

A small qualitative study with Australian men who have sex with men indicated a preference for daily dosing. However, taking doxycycline as doxyPEP – as opposed to taking it daily – might be best in terms of reducing the amount of antibiotics taken.

As there are currently no clinical guidelines on dosage or formulation of doxycycline for STI prophylaxis, further research is required to answer this question with more certainty. More research is also needed regarding STI prophylaxis in people taking HIV PrEP, and for people living with HIV who are taking antiretrovirals.

STIs are caused by different strains of bacteria and are treated with antibiotics that are known to be effective against the specific bacterium that causes the infection. In some cases, an antibiotic that previously worked stops working, because the bacterium has developed resistance to it.

Syphilis: there is currently no evidence of doxycycline resistance in syphilis, although there is always the concern that it could develop as doxycycline is the first choice for treating syphilis in people who are allergic to penicillin. Recently, syphilis developed high level resistance to the antibiotic azithromycin within a few years of it being used as syphilis treatment.

Gonorrhoea: some strains are resistant to doxycycline, so the drug is unlikely to be effective at preventing gonorrhoea, as was documented in the French study. However, doxycycline is not used to treat gonorrhoea. This means that use of doxycycline as prophylaxis should not complicate the treatment of a gonorrhoea infection, should one occur.

Mycoplasma genitalium (MG): there is concern about resistance to this STI which is a frequent cause of urethritis (an inflammation of the urethra – the tube that carries urine out of the body) in men. Doxycycline is a recommended alternative medication to treat MG because of emerging resistance to first-line treatments, such as azithromycin. More widespread use of doxycycline among those with high prevalence of MG, such as gay men, could become an issue in future and requires further research.

What about side effects?

Doxycycline is generally safe and well-tolerated. This is true even when it is used for long periods of time, as is the case when it is used to treat acne and as malarial prophylaxis. The most common side effects are gastrointestinal, such as diarrhoea, vomiting and nausea. Increased sensitivity to light can also be a concern with prolonged use. Side effects resolve once doxycycline is discontinued.

There is also concern regarding how ongoing antibiotic use affects the gut microbiome, including the impact on good bacteria and overall health. In the French study mentioned above, only eight of 232 men discontinued doxycycline due to gastrointestinal side effects. The two most common formulations are monohydrate and hyclate, with monohydrate (or coated hyclate) generally better tolerated.

While doxycycline to prevent bacterial STIs holds a great deal of promise, especially for those who are most at risk, more robust research on the topic is needed and there are currently no clinical guidelines for how to use it.