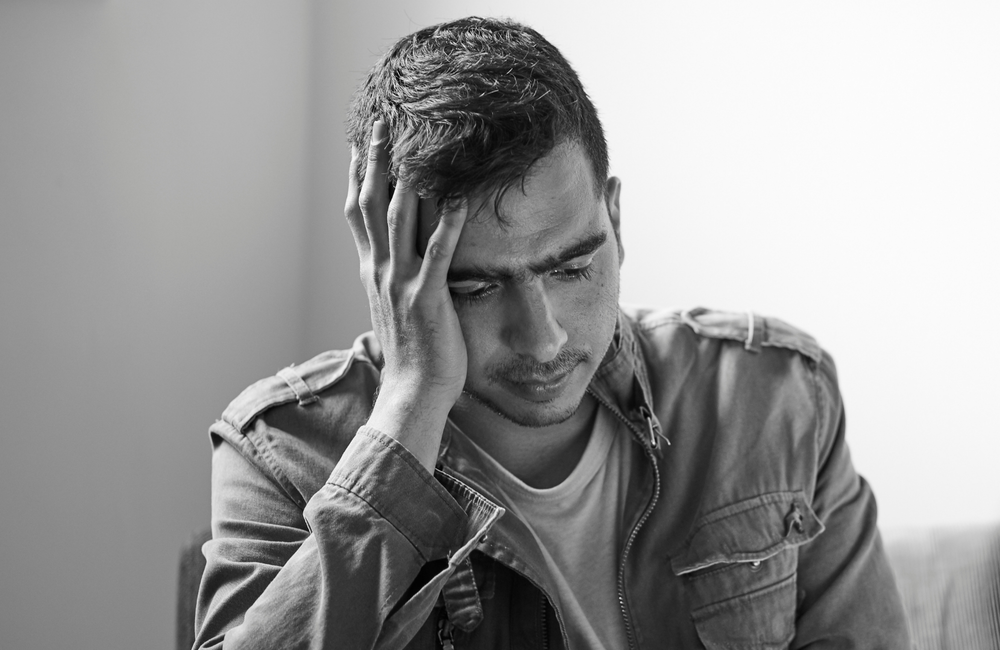 We take medicines to make us better or to keep us well, but all medicines can cause unwanted effects. These are usually called side-effects, but you may also hear them referred to as ‘secondary effects’, 'adverse effects' or 'adverse drug reactions'.

Side-effects can be experienced by anyone taking anti-HIV drugs – even people who have an undetectable viral load and high CD4 cell count and don’t have any symptoms of HIV infection. But that doesn’t mean that everyone who takes anti-HIV drugs will definitely have side-effects – many people don’t experience any at all.

The drugs recommended for people starting HIV treatment for the first time generally have few side-effects. However, any possible side-effects should be taken into consideration when choosing your treatment combination and your doctor will discuss these with you. Your doctor will also be able to suggest treatments to minimise the impact of side-effects if you do experience them.

The most common side-effects are the result of your body getting used to a new drug and, after a few weeks, these side-effects usually lessen or go away completely.

Some common short-term side-effects of anti-HIV drugs are:

Mood and sleep problems, sexual problems and rash are also possible side-effects of some anti-HIV drugs. (See below for information on rash as an allergic reaction.)

Talk to your doctor about any side-effects you are experiencing for advice on how they can be managed. Your doctor may suggest other medicines to control some of these side-effects such as anti-diarrhoea medication, anti-sickness medication (called anti-emetics), or painkillers.

Abacavir (Ziagen, Kivexa, Triumeq) can cause a serious allergic reaction in some people. Before starting this drug, you will have a genetic test to see if you have a particular gene that is associated with having this reaction. If the test is positive, you must not take abacavir. 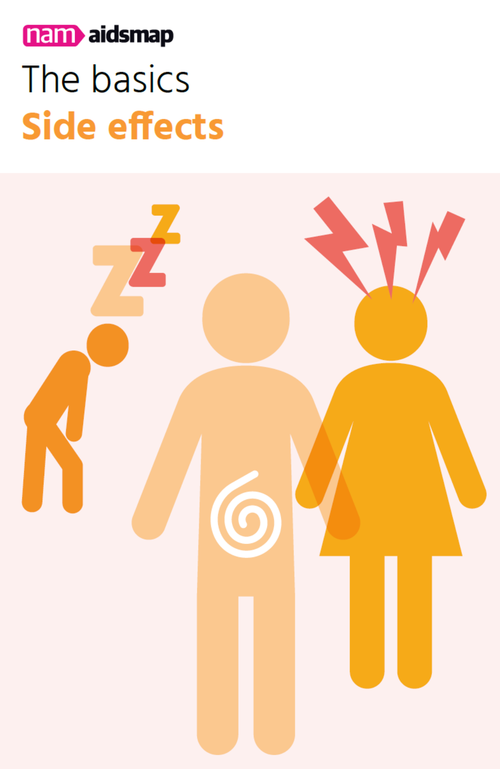 Nevirapine (Viramune) can cause a serious allergic reaction in some people; this is more likely in the first 18 weeks of treatment.

Some people have also had a very rare allergic reaction to the following drugs:

An allergic reaction can be very dangerous. If you are about to start one of these drugs, it is a good idea to talk to your doctor about the possible signs of an allergic reaction. A rash together with a fever can be a sign of a reaction.

You should contact your doctor (or A&E if out of hours) immediately if you experience any symptoms suggesting that you might be having an allergic reaction to a drug.

There can be a daily pattern to side-effects, linked to the time you take your medicines and also to the processing of the drug by your body. It might be possible to minimise the inconvenience that this causes by adjusting the time at which you take your medicines. For example, efavirenz (Sustiva, also in the combination pill Atripla) can cause dizziness and other psychological side-effects. Many people overcome these by taking their daily dose of the drug just before going to bed.

"Your doctor can usually do something about side-effects, so it makes good sense to mention any that you’re experiencing.”

After starting HIV treatment you’ll have regular blood tests to see if you’re at risk of developing any serious side-effects, and you should mention any unusual symptoms to your doctor. These tests can identify small changes in how your body is working, so that you and your doctor can decide to make changes to your treatment, or take other action, before any serious problems develop.

Some older anti-HIV drugs, which are now avoided as much as possible, can cause the long-term side-effects lipodystropy, peripheral neuropathy, and lactic acidosis, a very rare but serious condition.

Changing treatment due to side-effects

If your viral load is undetectable and you have no resistance to anti-HIV drugs then you should be able to switch to a different treatment. But don’t stop taking your anti-HIV drugs without talking to your doctor.

Next review date
This page was last reviewed in February 2018. It is due for review in February 2021.
Related topics
Side effects
Ageing & HIV
Facebook
Twitter
LinkedIn
Print
Subscribe to emails & news feeds

Diarrhoea remains a common problem in people with HIV