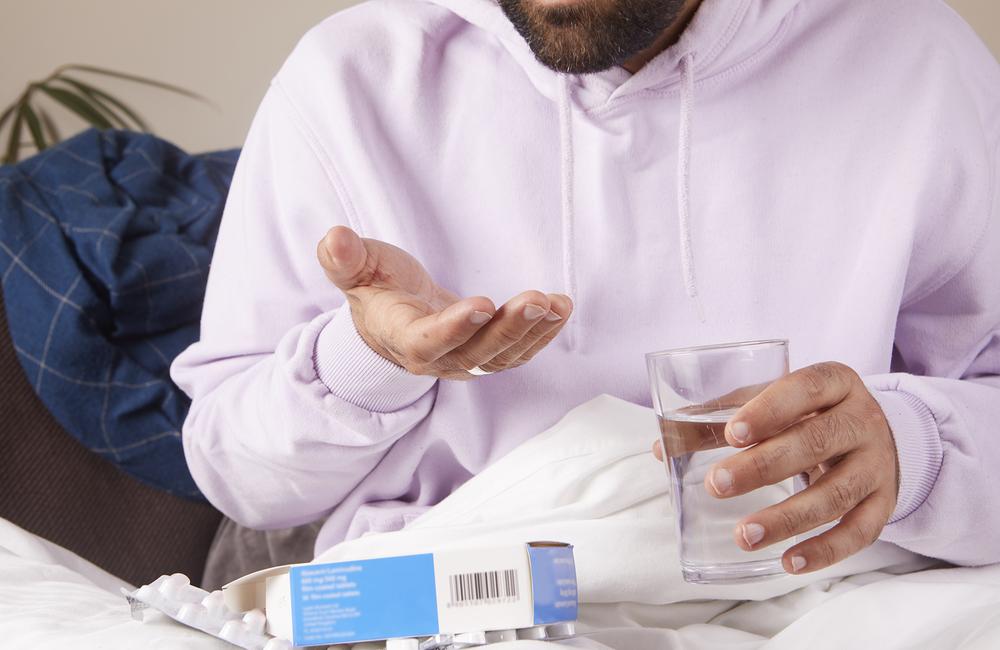 Septrin is a brand name for a combination of antibiotics called cotrimoxazole. The same medication is available from other manufacturers with many different brand names, including Bactrim. Cotrimoxazole has two components: sulfamethoxazole and trimethoprim.

Cotrimoxazole is a broad spectrum antibiotic. This means that it treats a wide range of bacterial infections. It is also effective against a type of pneumonia called PCP, the malarial parasite and some other diseases.

This page focuses on adults living with HIV. The advice for children is different.

Cotrimoxazole is not only used by people living with HIV. It is may be used to treat bacterial and other infections in people who do not have HIV.

You can take cotrimoxazole to reduce the risk of opportunistic infections. This kind of treatment is called prophylaxis, which means it is to prevent infection, rather than to treat it.

One of the infections it prevents is a type of pneumonia called PCP (Pneumocystis carinii pneumonia, now called Pneumocystis jiroveci pneumonia). PCP used to be the most common cause of death for people with HIV and remains the leading opportunistic infection among people with HIV worldwide. But it is much less common now as a result of effective HIV treatment, the use of PCP prophylaxis, and better treatments for people who do develop PCP.

Cotrimoxazole also reduces the risk of toxoplasmosis, an infection that can affect the brain. In parts of the world affected by malaria, it helps prevent this infectious disease and reduces the risk of diarrhoea, being admitted to hospital and serious bacterial infection.

The World Health Organization makes recommendations for use in low- and middle-income countries. They recommend cotrimoxazole prophylaxis, alongside HIV treatment, for people living with HIV who have a CD4 count below 350, severe/advanced HIV disease, or active TB disease. Cotrimoxazole may be stopped once health recovers with HIV treatment.

The World Health Organization’s recommendations are slightly different if you live in an area where malaria or severe bacterial infections are common. (This is the case for most of sub-Saharan Africa, but not South Africa or some of its neighbours.) In these areas, people living with HIV are recommended to take cotrimoxazole as prophylaxis on an ongoing basis, regardless of CD4 count or other factors.

The most common doses for prophylaxis are one double-strength (960mg) tablet or one single-strength tablet (480mg) every day. They have much the same effect, but the lower dose causes fewer side effects. An alternative dose is one tablet three times a week, but this may not be as effective. It is best to take the tablet with some food and drink.

Septrin (cotrimoxazole) is also used to treat a number of infections. It is the first choice for treating people who do develop PCP. The dose used for treating PCP is higher than that used for preventing PCP. In some cases, if the PCP is more severe, you may be given cotrimoxazole intravenously. The recommended treatment for PCP lasts 21 days. It may be possible to switch to tablet form of the medication if you respond well to the treatment. It may take five to seven days before you start to feel better. You may also be given a steroid, prednisone, to relieve your symptoms.

A very small number of people develop a very serious reaction called Stevens Johnson syndrome (SJS) as a side effect of treatment with cotrimoxazole. Skin reactions such as SJS may cause severe rash, crusting or ulcers of the mouth or genitals, burning skin and large layers of skin to flake off. See your HIV clinic immediately (or the accident & emergency department if out of hours) if you develop a rash together with any of these symptoms:

In rare cases, these reactions can be life-threatening, so you should seek medical advice at once.

Anaemia (shortage of red blood cells) is a possible side effect experienced at the higher doses used for treating PCP. It can also affect people using cotrimoxazole for prophylaxis. Some people also experience a shortage of white blood cells. These side effects are more common if you are also taking certain medications such as zidovudine (AZT, Retrovir) or ganciclovir. Some people taking cotrimoxazole also experience liver problems or increased potassium levels. Blood tests can monitor both your blood cell levels and your liver function. If you are on longer-term treatment with cotrimoxazole in the UK, you will have regular blood tests to monitor the levels of different blood cells, and other elements, in your blood.

People with kidney damage may need to take lower doses.

Some common side effects include headache, nausea, diarrhoea, and skin rash.

Other possible effects of cotrimoxazole include reduced levels of folate (a type of vitamin B) in the body. This can be corrected by a prescription of folinic acid.

Because Septrin (cotrimoxazole) is the best form of PCP prophylaxis, doctors will often try to overcome allergic reactions you experience. If your original allergic reaction was not serious, they may suggest trying again a few weeks later, as it is not always clear whether an allergy is due to Septrin or to other drugs. Alternatively you may be able to overcome the allergy by starting again at a very small dose and gradually increasing it to the normal level. This is called desensitisation.

Many people who have an initial reaction to cotrimoxazole can be desensitised in this way. However, you should not try this yourself. It should only be done under the supervision of a doctor. If your allergic reaction is severe, it is unwise to take the drug again.

If you are unable to tolerate cotrimoxazole, there are several alternatives that provide some protection against PCP, including clindamycin with primaquine, pentamidine, or dapsone plus trimethoprim.

HIV and TB in Practice for nurses: cotrimoxazole prophylaxis