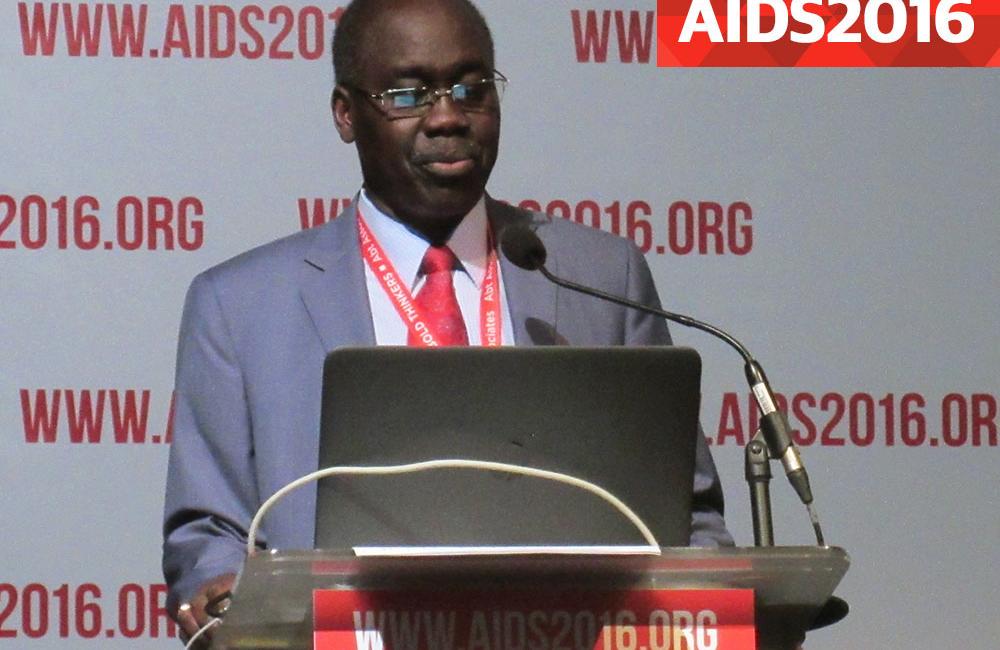 A package of enhanced prophylaxis against infections significantly reduced the risk of death in adults and children with advanced HIV disease after starting antiretroviral treatment in a randomised study, Professor James Hakim of the University of Zimbabwe told the 21st International AIDS Conference (AIDS 2016) in Durban, South Africa, last month.

Professor Hakim was presenting the results of the REALITY study, a large clinical trial designed to evaluate strategies for reducing the risk of death in people who start antiretroviral treatment with very low CD4 cell counts (below 100 cells/mm3). Late presentation with HIV disease, often with symptomatic disease, remains common in sub-Saharan Africa. The risk of death in the first six months after starting treatment remains high for adults and children.

Professor Hakim told a press conference that death rates in the first six months of treatment can be six to ten times higher in low- and middle-income countries than in the developed world in people who start treatment with very advanced HIV disease, due to infections such as tuberculosis (TB) and Cryptococcus, and due to severe malnourishment.

Identifying ways of reducing the risk of death in people who start antiretroviral therapy (ART) with very low CD4 counts is essential if the number of AIDS-related deaths is to be reduced. In particular, more evidence is needed to show whether a package of aggressive prophylaxis against the infections that most frequently cause deaths in the first months after starting ART can bring down death rates. Although cotrimoxazole prophylaxis is widely implemented, isoniazid preventive treatment still fails to be provided despite a World Health Organization (WHO) recommendation for its use in people living with HIV.

The REALITY trial, carried out in Kenya, Malawi, Uganda and Zimbabwe, evaluated three strategies for reducing the risk of death:

A total of 1805 people were randomised, 906 to the enhanced prophylaxis arm and 899 to the standard of care arm. The study population had very advanced HIV disease. The median CD4 cell count of participants was 37 cells/mm3 and approximately 36% had CD4 cell counts below 25 cells/mm3. Almost three-quarters had a viral load above 100,000 copies/ml, and just over half had WHO stage 3 or 4 disease at baseline (symptomatic). Four per cent of participants were children or adolescents aged 5 to 17 years.

Analysis of the primary causes of death showed that death due to Cryptococcus was significantly reduced in the enhanced prophylaxis arm (p = 0.03) but there was no difference in rates of death due to TB or bacterial infections. The investigators concluded that, in most cases, the causes of death were multifactorial. Nevertheless, the study found that enhanced prophylaxis was associated with a reduction in new cases of TB, cryptococcal disease or candida, but not of bacterial infections. Hospitalisation for any cause was also significantly reduced in the enhanced prophylaxis arm. There was no excess of serious adverse events definitely or possibly related to prophylaxis, nor of adverse events leading to modification of opportunistic infection (OI) prophylaxis.

The patient population in the raltegravir randomisation (902 RAL, 903 SOC) had very similar characteristics to those assigned to the enhanced prophylaxis randomisation.

Participants randomised to the raltegravir arm received raltegravir for 12 weeks in addition to three-drug ART.

As in the enhanced prophylaxis arm, the primary study outcome was the death rate 24 weeks after starting treatment. Intent to treat analysis which counted everyone randomised showed no significant difference between the raltegravir arm and the standard of care in mortality at 24 weeks nor in any secondary outcomes with the exception of grade 4 adverse events definitely or probably related to the study regimen (p = 0.03).

Results of the nutrition randomisation were not presented.

The investigators concluded that policy makers should consider adopting and implementing the enhanced prophylaxis package, which they estimate could save 3.3 lives for every 100 people treated with the package.

A preliminary analysis of the cost of the enhanced prophylaxis package found that costs varied from $7.16 for 12 weeks of prophylaxis in Kenya to $32.99 in Zimbabwe, with big variations in the costs of fluconazole (around five times more expensive in Malawi than in other countries) and azithromycin (around five times more expensive in Zimbabwe than in other countries). There was a similarly large variation in the drug-cost per life year saved, ranging from $268 per life-year saved in Kenya to $1211 in Malawi and $1237 in Zimbabwe. An essential question for policy-makers seeking to implement this package of care will be to ensure the lowest possible costs for the drugs used, and to identify local regulatory and supply chain barriers to cost reduction.