Trans and cis women and men all have similar levels of PrEP drugs in blood, directly observed dosing study finds 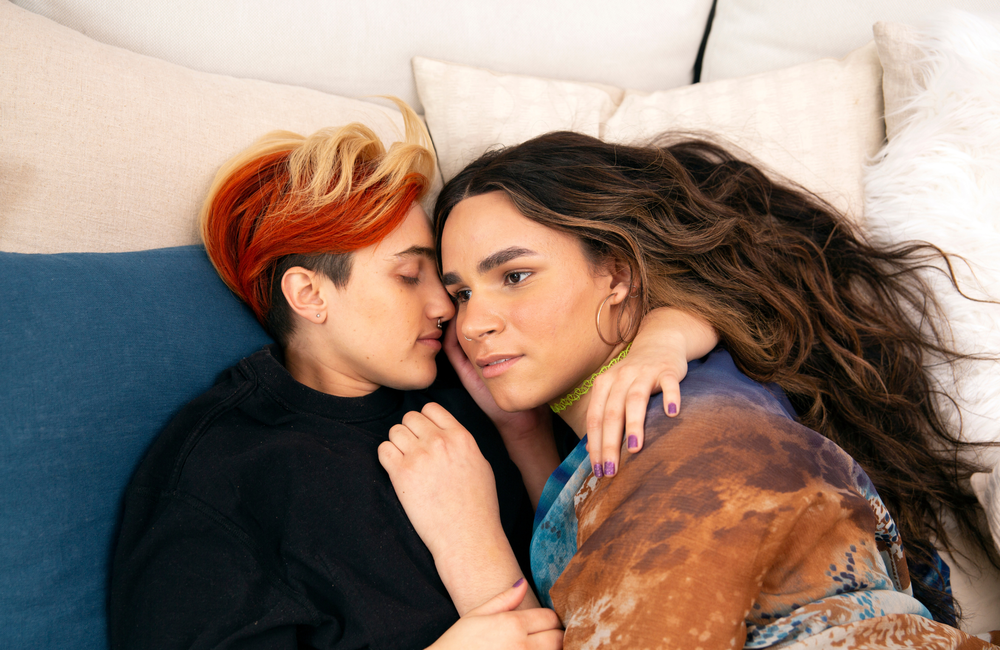 A study in which 24 trans women and 24 trans men who were taking gender-affirming hormone therapy were directly observed to take a daily dose of the standard formulation of the HIV prevention medication PrEP found that the levels of the two PrEP drugs tenofovir and emtricitabine were similar to the levels seen in similar cis men and women, and were all above levels associated with efficacy.

This study to some extent addresses concerns raised by a couple of other studies which had suggested that both levels of gender-affirming hormones and levels of PrEP could be lower in trans people taking PrEP, due to drug-drug interactions. However, these studies featured people on differing hormone regimens and did not always directly monitor intake of PrEP.

PrEP drugs and sex hormones are metabolised in different ways so there is no reason to expect significant interactions, the researchers say. However, in a commentary Dr Douglas Krakower of Boston’s Beth Israel Deaconess medical centre draws attention to a theory that drug levels could be depressed owing to competition between different drugs to attach to the transporter molecules that actually enable drugs to cross the cell membrane.

The blood levels seen in trans men were 23% lower than those seen in cis women, but although this difference was statistically significant, i.e. unlikely to be due to chance, it did not reduce levels in trans men to below their likely effective concentration for preventing HIV, especially given that levels in trans and cis men were identical, and PrEP has a proven record of efficacy in cis men.

Taking PrEP resulted in no significant changes in gender affirming hormone therapy (GAT) levels in either trans women or men. The side effects seen were the familiar short-term ones seen in people starting PrEP – some nausea, diarrhoea, fatigue and abdominal pain, mostly concentrated into the first week.

This study is the first one to measure the blood levels of PrEP and GAT medications in transgender men, and adds to the body of knowledge of drug levels in transgender women. Its primary limitation is that it measured blood levels, which may not be reflected by the levels in the rectal and vaginal tissues that are the main sites of HIV infection.

It was conducted by Professor Robert Grant, Principal Investigator of the iPrEx study, and colleagues in San Francisco and Boston. It enrolled the 24 transgender women and 24 transgender men between June 2017 and June 2018.

All but one of the 24 trans men were taking testosterone, and all but two of those as injections or implants. Three were also on the androgen moderator finasteride, which moderates undesired side effects of testosterone.

Participants' median age was 31 years, with a quarter below 28 and another quarter over 40. Fifty-seven per cent described themselves as White and 21% Black; 32% were Latino/Latina and could describe themselves as White or Black. They had similar body weight. The transgender men had mildly reduced creatinine clearance (a measure of kidney function) which might also affect drugs levels, but the researchers do not speculate on the reasons for this difference, which was not large.

The 48 were directly observed to take their daily PrEP doses over a four-week period, primarily (97%) by means of a live video link. One of the participants dropped out after two weeks; the rest completed the study.

"This study is the first one to measure the blood levels of PrEP and GAT medications in transgender men, and adds to the body of knowledge of drug levels in transgender women.

The levels of the PrEP drugs were measured in weekly dried blood spot (DBS) samples that were collected at baseline and at the end of each of the four weeks. These were compared with levels in 17 cisgender women and 15 cisgender men who had taken part in another study of drug levels with directly observed PrEP dosing.

For the purposes of this study only tenofovir levels were measured. DBS samples measure intracellular (within-cell) levels of the fully metabolised version of the drug, tenofovir diphosphate (TFV-DP). Unlike the levels of drug in blood plasma, which reach a maximum over a couple of days to a week, these rise more slowly over a period of several weeks. In fact, they were found to be still rising at the end of the four-week period, and the researchers calculated that they would only be expected to reach 'steady state', a maximum intracellular level that increased no further, by the end of eight weeks. (It’s important to note that PrEP levels do not have to reach steady state for it to be fully effective – steady state is used primarily as a comparative measure of drug absorption.)

The higher levels of intracellular drug in cisgender women have been seen in other studies, and the researchers don’t know the reason for them. It is possible that they may apply only to the red blood cells sampled in DBS testing and not other cells.

The researchers were primarily interested in seeing whether gender affirming hormone therapy (GAT) changed TFV-DP levels among people assigned the opposite gender at birth and so the primary comparisons were between trans women and cis men, and trans men and cis women. In the first case, trans women had an average drug level 12% lower than cis men, but this was not statistically significant. The 23% lower level in trans men compared with cis women was statistically significant, but as suggested above, might be more to do with better drug absorption in cis women rather than poorer absorption in trans men.

PrEP made no difference to GAT levels at all. Levels of the main female sex hormone estradiol were five times higher in cis and trans women than they were in cis and trans men, as would be expected, and were the same in both cis and trans. There were similar findings for testosterone levels. This is reassuring news not only because PrEP does not affect levels of GAT, but also because it confirms that the GAT regimens the trans people were on were largely correct.

The main limitation to the study, as noted above, is that drug concentrations were measured in red blood cells. These can stand being dried out so are convenient to transport and store, but are not the cells infected by HIV. So researchers would need to repeat the same measurements in vaginal and rectal mucosal cells to confirm the findings.

Also, the use of DBS means that it’s only daily dosing that can really be evaluated this way. We still don’t know to what extent, if at all, on-demand or event-driven PrEP could be used by trans people.

In general, however, this study offers some reassurance that trans people don’t differ from their cis counterparts in their absorption of PrEP, at least in daily dosing.

In his commentary, however Dr Krakower says that while studies like this “could assuage concerns about PrEP and facilitate uptake and persistence” among trans people, they are no substitute for larger surveillance studies that establish whether, and how, PrEP can be provided and adopted by trans people and whether it “provides near-complete protection against HIV…as it does for other populations.”