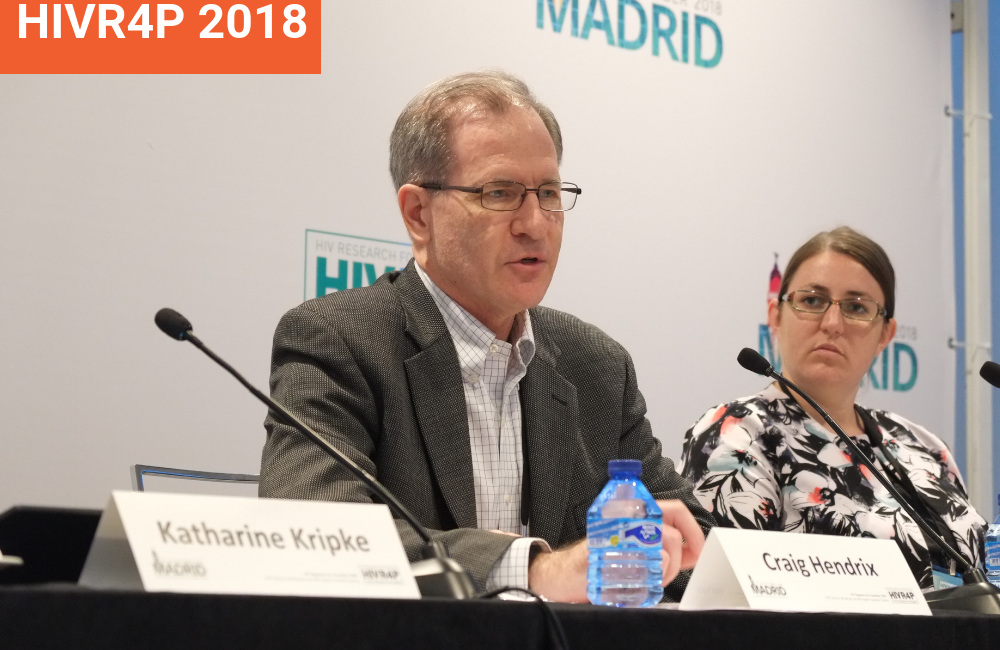 A study presented at last month’s HIV Research for Prevention conference (HIVR4P) in Madrid shows that transgender women who are taking feminising hormones and also taking pre-exposure prophylaxis (PrEP) have levels of the PrEP drugs tenofovir and emtricitabine in their blood that are about 25% lower than those in cisgender men, and levels in rectal tissue cells about 40% lower. Tenofovir levels in rectal tissue were 44% lower.

However, the study also confirmed that the interaction between hormones and PrEP did not appear to go the other way; blood levels of estradiol, the one hormone all of the transgender women took in one form or another, do not appear to be affected by PrEP.

The findings add to a Thai study presented at the Amsterdam International AIDS Conference in July, which also found no difference in hormone levels. The Thai study found a smaller (17%) reduction in tenofovir drug levels, whose significance at the time was not clear.

The Johns Hopkins study, unlike the Thai study, did not measure hormone levels longitudinally before adding in PrEP or while subjects were on PrEP. Because some subjects were receiving hormones via injection, they only did two measures of hormone levels: at baseline before PrEP, and on day eight, the day of the last dose. These can't be interpreted as peak or trough levels, but as random 'snapshots' of the hormone level in each person, which would be approximate to a mean level when averaged across the eight participants.

In other words, while there was no sign that PrEP had any effect on the activity of gender-affirming hormones, in 'real world' settings, with trans women on varied hormone regimens, they may have considerably higher systemic levels of hormones than in the Thai study, and these may reduce PrEP levels more than previously anticipated.

How might feminising hormones lead to lower levels of PrEP drugs? Hendrix found no evidence for one hypothesis advanced beforehand – that lower levels seen in transgender women were due to hormones competing with body chemicals that metabolise drug absorption into cells.

Instead, the mechanism seems to be that feminising hormones increase the efficiency with which the kidneys filter the PrEP drugs out of the body – they are excreted faster. The transgender women had markedly higher rates of creatinine clearance (a measure of speed of kidney filtration) than the cisgender men, who had rates typical of the general population. Some previous studies have shown that high levels of estradiol can affect kidney function.

Differences between the two studies might also be due to the fact that the Thai study only measured hormone and PrEP drug levels in blood whereas the Johns Hopkins study also measured levels in T-cells and in rectal tissue cells – and it is in the latter where the biggest decreases in tenofovir and emtricitabine levels were seen.

In addition, the transgender women in the US had an average weight of 97.5 kilos compared with 82.3 kilos for the cisgender men, and a body mass index (BMI) of 30 compared to 23 – which might possibly make a difference if body fat absorption of the PrEP drugs is a factor.

In the main, however, it looks like the higher the average level of female hormones, the bigger the impact they have in reducing PrEP levels, and this study indicates therefore that transgender women should take PrEP daily in order to maintain its efficacy.

Craig Hendrix said he had full confidence in recommending daily PrEP to transgender women but would not be so confident about recommending an IPERGAY-style intermittent PrEP regimen.