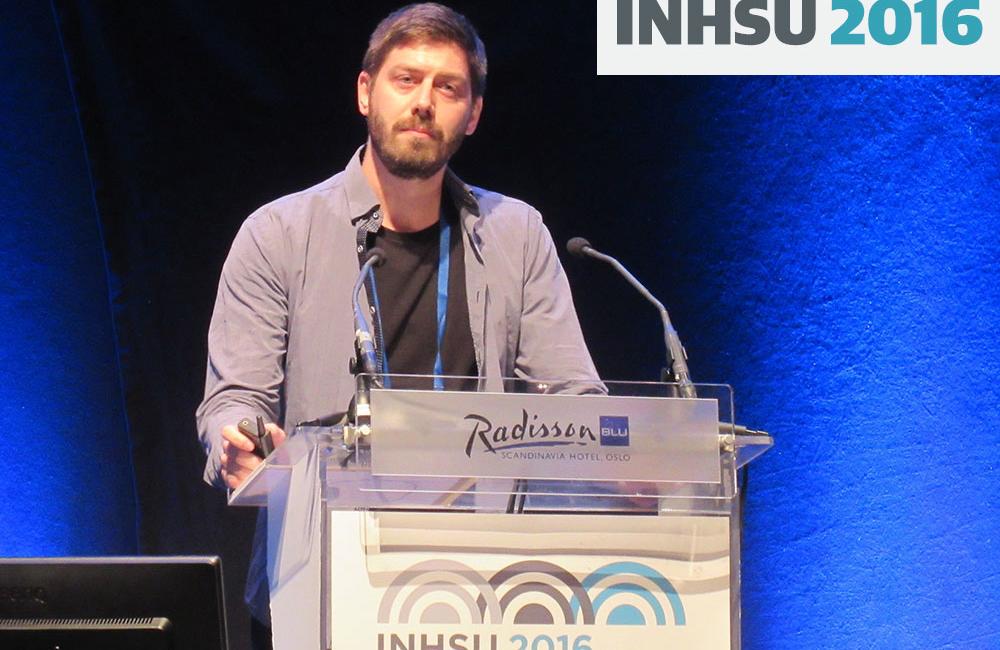 Fatigue – a common symptom among people living with hepatitis C virus (HCV) infection – is associated with liver inflammation and fibrosis, but antiviral therapy that leads to a cure significantly reduces the likelihood of fatigue, according to a Danish study presented yesterday at the 5th International Symposium on Hepatitis Care in Substance Users (INHSU 2016) in Oslo, Norway.

Rasmus Thornhøj of Odense University Hospital in Southern Denmark presented findings from the FAT-HEP study, which looked at fatigue in relation to chronic HCV infection, current or past substance use, opioid substitution therapy (OST), liver inflammation and fibrosis, and sustained response to hepatitis C treatment.

Fatigue is frequently reported by people with chronic hepatitis C and has a detrimental effect on quality of life, though its pathophysiology is not yet fully understood.

"People can't do the things they normally would, and they may have trouble staying in a job," Thornhøj said.

Last year the European Association for the Study of the Liver (EASL) recommended that debilitating fatigue should be among the indications for prioritising hepatitis C treatment.

The analysis included 56 people with hepatitis C seen at an outpatient clinic in Denmark. Of these, 30% were current substance users, 54% had a history of previous substance use and 36% were on OST.

More than two-thirds of study participants (68%) reported clinically significant fatigue with an FSS score of 4 of higher.

Clinically meaningful fatigue was, however, significantly associated with liver disease severity measures. People with liver inflammation, indicated by an alanine aminotransferase level > 30 IU/ml for men or 19 IU/ml for women, had more than a fivefold higher likelihood of fatigue (OR 5.3; p = 0.01). Those with a FibroScan transient elastometry score >12 kPa, indicating a high probability of advanced fibrosis (stage F3) or cirrhosis (F4), had nearly a sixfold higher likelihood of fatigue (OR 5.8; p = 0.03).

Successful hepatitis C treatment appeared to improve fatigue. Participants who achieved a sustained virological response at 12 weeks after completion of antiviral treatment (SVR12) had a much lower likelihood of clinically meaningful fatigue (OR 0.2; p = 0.02).

The researchers concluded that fatigue in people living with chronic hepatitis C cannot be solely explained by substance use or opioid substitution therapy, but it could be linked to HCV-related measures including liver inflammation, fibrosis and sustained treatment response.

Thornhøj suggested that as treating this group of people seems to reduce fatigue, this provides further support for prompt therapy.