Fluctuating symptoms have major impact on quality of life and fitness to work, survey finds 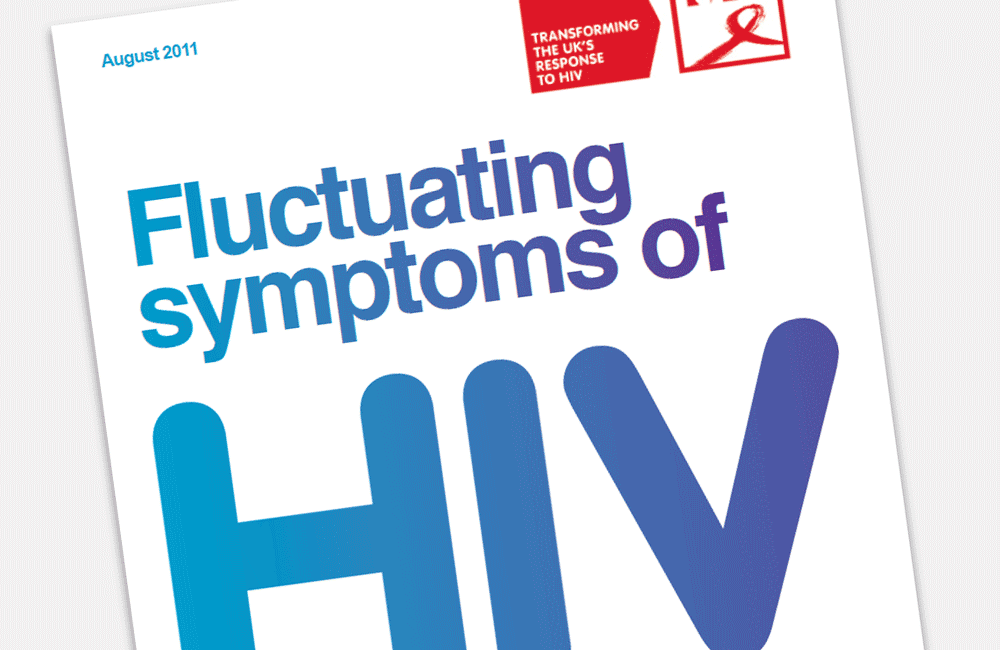 Common but non-specific symptoms of uncertain cause can dominate the day-to-day life of some people with HIV, a survey by the National AIDS Trust has found. In many cases symptoms such as fatigue, insomnia, depression, diarrhoea and neuropathy make it hard to work and perform other daily activities, the report of the survey finds.

The survey also found a significant degree of overlap between symptoms; generally, if people had one symptom, more than two-thirds of them were likely to have at least one other. One other finding was that the majority of respondents found that the symptoms were not only fluctuating, but were also completely unpredictable. This made planned activities, both at work and socially, difficult. About 60% of respondents were employed.

This study is a pilot survey of an independent working group brought together to review the Work Capability Assessment (WCA), the medical procedure under which claimants are assessed for Employment and Support Allowance. The WCA had been criticised, especially in an independent review conducted by occupational health expert Professor Malcolm Harrington, for being inflexible and for not being designed to accommodate illnesses characterised by fluctuating symptoms. See www.aidsmap.com/Whats-happening-to-benefits/page/1793223/ for more on the WCA and the Harrington Report.

The NAT study asked people with HIV to complete an online survey about their experience, during the previous six months, of five symptoms commonly associated with HIV: fatigue, anxiety or depression, insomnia, gastro-intestinal problems and neuropathy (nerve pain). There was space to mention other symptoms too.

It is not surprising that in a study inviting people to self-report, the majority of the 265 respondents had at least one of the symptoms on the list. The most common was fatigue, suffered by 57%, followed by depression or anxiety (55%), gastro-intestinal (GI) problems (48%), insomnia (46%) and neuropathy (33%).

Fatigue was mentioned as a particularly common and troubling symptom. Very few respondents could usually predict when fatigue would hit them. One commented that “When I have it I am quite incapacitated and have no choice but to limit, stop or cancel plans to do things.” Another said “it is always there, lurking...if I do anything for more than an hour it begins to kick in.” One respondent managed to hold down a job but always required a nap of one to two hours immediately after coming home. Although 40% of respondents thought a combination of HIV and HIV medications caused their fatigue, 30% said they really had ‘no idea’ what caused it.

Depression and anxiety were nearly as common as fatigue, though respondents did not say they affected work so much. The main feature of these were their frequency: 90% of respondents said they had experienced either or both at some point in the last month. Given that a third of respondents said that bouts of depression or anxiety lasted more than a week at a time, many people must be living with severely disordered mood a lot of the time.

Diarrhoea, nausea and other GI problems were the symptoms most likely to be linked in people’s minds to HIV treatment. Thirty per cent of respondents thought these were the exclusive cause of their problems and 45% thought HIV and HIV treatments were both to blame. The frequency of bouts of diarrhoea varied from once to more than five times a month.

Insomnia and poor sleep, especially chronic, not only impacts on quality of life: it is a cause of significant physical and psychological illness. Although this has been associated with HIV drugs, especially efavirenz, 45% of respondents did not know why their sleep was so poor. Sleeplessness was very unpredictable – people would be fine one night and not the next. Forty-three per cent said having problems sleeping could last for more than a week. When insomnia is this prolonged, memory, mood and cognitive function can be severely affected. One respondent said sleep problems meant “I am unable to focus on my work, feeling like I have jet lag.”

Neuropathy (nerve pain) was the least-experienced of the conditions but was still suffered by a third of respondents. About equal numbers of people attributed it to HIV itself and to HIV drugs. In some cases the pain of neuropathy was constant – one person said his feet were always sore and this prevented standing or walking for more than 15 minutes. But the majority said that while some symptoms such as numbness were always there others, such as stabbing pains, were unpredictable and often severe.

About 40% of respondents were unemployed, with a higher proportion among those reporting GI problems or fluctuating neuropathy. There was a generally positive attitude to work, with one respondent happy to have just started a job after 18 months of unemployment – “I am knackered but happy to be working,” s/he said.

In other cases however it was clear that fluctuating symptoms were significantly affecting people’s ability or willingness to work. One question asked “on how many occasions in the past four weeks have your symptoms significantly affected your ability to work”? A quarter of people with fatigue, 20% with neuropathy, and about 15% of those with depression and GI problems reported that this had happened more than five times in the past four weeks.

One respondent asked: “How do you work round this kind of thing unless you work for yourself or for an extremely understanding employer?”

NAT concludes that the responses to their survey reveal that fluctuating symptoms are a cause of real morbidity and distress to people living with HIV and place significant barriers to work. They add that the variation and unpredictability of symptoms was often as much of a problem as the symptoms themselves.

Because the symptoms are fluctuating, ESAs may not capture them if the person is having a ‘good day’, but there are other methods of assessment, such as asking people to keep a symptom diary.

NAT recommends that more research needs to be undertaken into these common, fluctuating symptoms and that HIV organisations should raise awareness amongst employers, and with people with HIV themselves, about the importance of making reasonable adjustments at work to enable people with HIV to continue in employment.

In terms of the ESA itself, NAT recommends that ESAs need to take into account “the full range of barriers fluctuating symptoms present to participation in work and other daily activities,” including their unpredictability and the fact that they come in combination.

“Assessment should consider the impact of fluctuation and the cumulative impact of multiple, lower-level symptoms on people living with HIV,” they comment.

The NAT Report Fluctuating Symptoms of HIV. can be downloaded here.

According to Ukrainian military intelligence, Russia’s Wagner private military company has "mobilized" more than 100 prisoners with confirmed HIV or hepatitis C from a penal colony. They are obliged to wear bracelets to identify their medical condition.
Kyiv Post
31 Oct 22
Employment

A group of Democratic lawmakers is urging President Joe Biden to allow Americans who have tested positive for HIV to enlist in the military.
Military.com
8 Sep 22
Economic & social inequality

Medical Monitoring Project finds most are receiving HIV care and treatment, but many face challenges such as poverty and unstable housing.
POZ
30 Aug 22
Economic & social inequality