A study from Botswana published in the October issue of the Journal of Acquired Immune Deficiency Syndromes provides important scientific evidence, but not strong enough data for a policy change, on the use of a dolutegravir-based antiretroviral therapy (ART) regimen along with a rifampicin-based anti-TB regimen, for people living with HIV and TB co-infection.

Dolutegravir has been recently recommended by WHO as part of preferred first- and second-line regimens for people living with HIV as it is more effective, has fewer side effects and a higher genetic barrier to developing drug resistance.

But, for people living with HIV who have co-infection with TB there are concerns, based on earlier scientific studies, of a possible drug-drug interaction between dolutegravir and rifampicin. This may result in decreased concentrations of dolutegravir, raising worries about safety and the development of HIV resistance due to low levels of dolutegravir. That is why WHO guidelines recommend dose adjustment by offering 50mg of dolutegravir twice a day (instead of a single daily dose of 50mg) in such cases.

Dr Chawangwa Modongo and colleagues conducted a retrospective cohort study in Botswana from 2016 to 2018 to evaluate the TB and HIV treatment outcomes of people with TB/HIV co-infection concomitantly receiving a rifampicin-based TB regimen and a dolutegravir-based ART regimen under programmatic conditions. Successful treatment outcomes were defined as TB cure or sputum/culture negative report within five months of anti-TB therapy and HIV viral load suppression (below 400).

The study included 1225 people with TB/HIV co-infection treated in 97 healthcare facilities in Botswana. Data were obtained from the combined national registry for TB and HIV and from medical records at the facilities. Out of the 1225 study participants, 739 received a rifampicin-based TB regimen and a dolutegravir-based ART regimen, and 486 received a rifampicin-based TB regimen and non-dolutegravir ART regimen.

Dolutegravir-based ART (with tenofovir disoproxil fumarate and emtricitabine) has been used as first-line therapy in Botswana since 2016, as well as being offered to those changing regimen due to treatment failure or side effects. There were a significant number of people in the study who were on non-dolutegravir-based ART regimens (efavirenz or lopinavir together with emtricitabine and tenofovir disoproxil fumarate), because they had been on ART before Botswana began using dolutegravir and did not need to change regimen.

Earlier scientific studies indicated a possible drug-drug interaction between dolutegravir and rifampicin, resulting in decreased concentrations of dolutegravir. That is why WHO guidelines recommend the twice-daily dose (instead of single daily dose) of dolutegravir to people with TB/HIV co-infection who are on rifampicin-based anti-TB therapy.

However, as mentioned above, the results of this study indicate that there were slightly better treatment outcomes in people who were on a single rather than double daily dose of dolutegravir. So, we need more research on whether the dolutegravir dose adjustment is needed.

We also need longer follow-up of this cohort to ensure that there is no drug resistance or adverse HIV treatment outcome if a single-dose dolutegravir is used.

Of note, WHO guidelines recommend drug susceptibility testing when a person with presumptive TB has a TB test. For those who are found positive for active TB disease, treatment should be based on drugs that work for the specific individual. However, Botswana’s guidelines only recommend drug susceptibility testing for children, patients with sputum-negative TB diagnosis and those at risk of drug resistance. 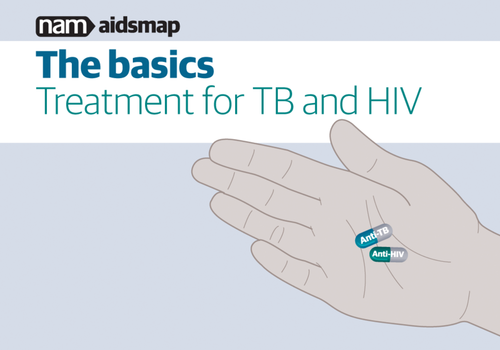 This study instils confidence in using dolutegravir-based ART and rifampicin-based anti-TB therapy in people with HIV and TB co-infection. The results of the study also indicate the need for further research regarding dolutegravir dose adjustment.

“While our results provide a significant degree of confidence to clinicians and public health officials worldwide over the safety of once a day dolutegravir regimens, our results are not yet conclusive due to the intrinsic limitations of an observational study,” comment the authors. “Future pharmacokinetic/pharmacodynamic studies and controlled trials are required to confirm our results.”

These results signal the start of a new chapter for people with drug-resistant (DR)-TB who currently face lengthy treatment regimens of up to 20 months that can include painful injections and up to 20 pills a day that can cause severe side-effects.
MSF
20 Oct 21
Treatment guidelines

Johnson & Johnson, which markets bedaquiline under the brand name Sirturo, has been accused of employing unfair tactics in an attempt to retain the drug’s patent and tighten its grip on the monopoly. Critics say this maintains high prices and makes the drug inaccessible to many, despite the involvement and contribution of public and philanthropic institutions in its development.
Devex
29 Jun 20
More editors' picks