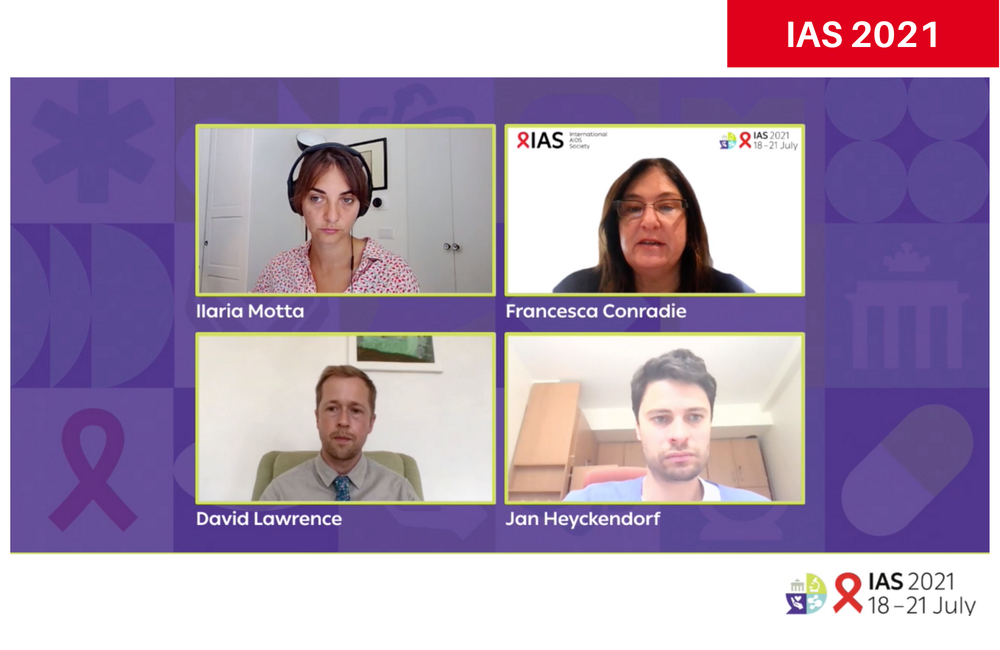 Dr Conradie was presenting the results of the ZeNIX trial, a study designed to optimise the six-month course of treatment with novel antibacterial drugs used to treat highly drug-resistant TB. Tuberculosis that is resistant to rifampicin or other core drugs in the four-drug first-line TB regimen must be treated with a combination of antibacterial drugs. If TB becomes resistant to fluoroquinolone antibacterials and any of the injectable drugs used in second-line TB treatment, it is classed as extensively drug-resistant (XDR) TB.

Most recommended regimens for treatment of multidrug-resistant (MDR) TB must be taken for at least nine months and some for up to 20 months. Some of the drugs used in MDR-TB treatment have serious toxicities and must be used with caution.

In 2020, the NIX-TB study showed that highly drug-resistant TB could be treated successfully with a six-month oral course of bedaquiline, pretomanid and linezolid (the BPaL regimen). Ninety percent of people who received the BPaL regimen remained free of TB six months after completing treatment.

However, study participants had a high frequency of serious side-effects due to linezolid. Eighty-one percent developed peripheral neuropathy (nerve damage in the limbs) and 48% developed myelosuppression (bone marrow suppression leading to severe reductions in red and white blood cells). Both side effects required dose reductions or interruption of linezolid.

To investigate whether the BPaL regimen could be made more tolerable without sacrificing efficacy, Conradie and colleagues carried out a successor study, ZeNix, in which participants received either a reduced dosage or a shorter duration of linezolid treatment.

ZeNix was a randomised, partially blinded study, in which all participants received bedaquiline and pretomanid, and were randomised to receive one of four linezolid treatment courses:

The primary endpoint of the study was the incidence of bacteriologic failure, relapse or clinical failure during treatment and up to six months after treatment completion.

"With a reduction in the dose and/or duration of linezolid, we can still offer patients a high chance of cure in only six months."

The primary efficacy analysis showed no significant difference in the treatment failure rate between study arms (93%, 88%, 90% and 84% had favourable outcomes in the respective study arms, an average of 89%). Participants in the linezolid 600mg for two months arm had a higher frequency of unfavourable outcomes (partially explained by withdrawals due to adverse events) but also had a slower time to culture negative status. This difference became evident after week 8 of the study, by which point half of participants in each arm were already culture negative.

The frequency of serious adverse events was lowest in the 600mg linezolid for two months study arm.

Modification of the linezolid dose occurred more frequently in the 1200mg arms. Fifty-one percent in the six-month arm and 28% in the two-month arm had to modify treatment or stop altogether because of side effects compared to 13% in the 600mg arms.

“The results of this study are very reassuring. With a reduction in the dose and/or duration of linezolid, we can still offer patients a high chance of cure in only six months,” Conradie said.

Responses to the experimental regimen were similar in people with HIV and the rest of the study population, she told a press briefing.

A second study of a six-month oral treatment regimen for MDR-TB, TB-PRACTECAL, was halted early in March 2021 because the experimental regimen showed superiority to the standard of care control treatment. The results of the study of a regimen consisting of bedaquiline, pretomanid, linezolid 600mg and moxifloxacin 400mg are likely to be published later this year. Trial sponsor Médecins Sans Frontières hopes the World Health Organization will change its guidance on MDR-TB treatment after reviewing the results.

Persons living with HIV (PLWH) are not only more susceptible to contracting tuberculosis, but were found at increased risk for rifampicin-resistant strains, in an epidemiology study in South Africa that encompassed molecular identification of tuberculosis isolates.
Contagion Live
31 Aug 21
Drug-resistant TB

The prevalence of transmitted resistance to common HIV drugs in the United States remained stable between 2014 and 2018, according to a study published recently in Clinical Infectious Diseases.
Healio
21 Jul 21
Drug-resistant TB

Pharmaceutical company Johnson&Johnson has reduced the price of crucial tuberculosis drug bedaquiline by nearly a third. While we appreciate this important step, J&J must expand the new lower price of bedaquiline to all high-burden TB countries and further lower the price. Governments must also improve their national DR-TB treatment protocols and scale up treatment with bedaquiline.
MSF
6 Jul 20
More editors' picks