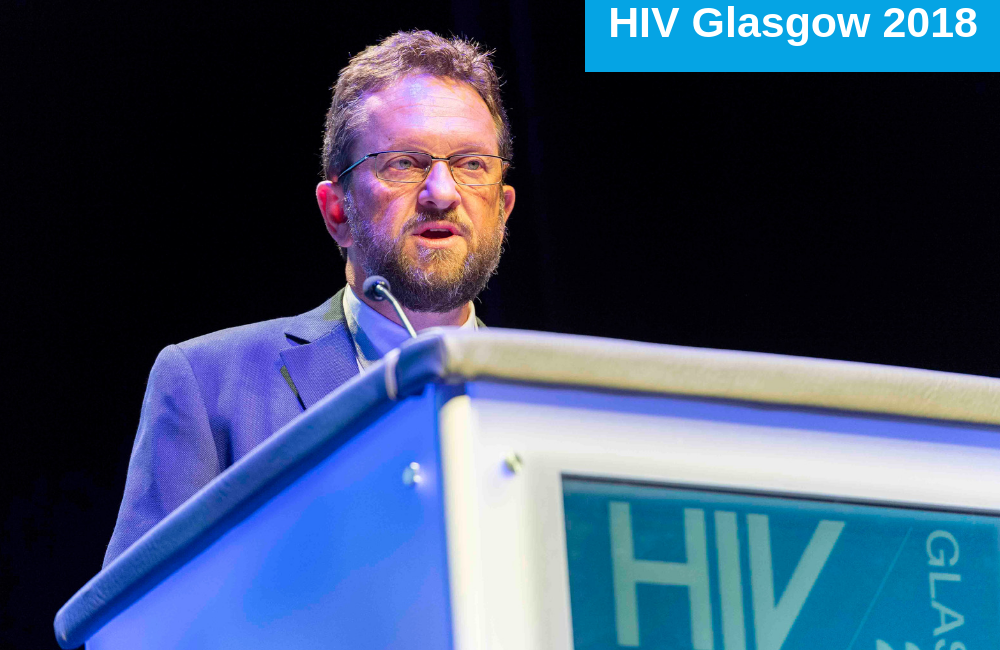 Bictegravir is a new integrase inhibitor. It received regulatory approval in the European Union in July 2018 as part of a co-formulated, single-pill product called Biktarvy, combined with emtricitabine and tenofovir alafenamide. Biktarvy is also approved in the United States.

The GS-1490 study presented at HIV Glasgow compared Biktarvy to a regimen of dolutegravir, tenofovir alafenamide and emtricitabine in previously untreated people. Participants in this blinded study received matching placebos so that everyone took the same number of pills.

A primary endpoint analysis of the study was presented at the 9th International AIDS Society Conference on HIV Science (IAS 2017) in Paris in July 2017, showing no difference between the two regimens in rates of virological suppression after 48 weeks of treatment.

This week, Hans-Jürgen Stellbrink presented results of the secondary endpoint analysis of the study, rates of virological suppression at 96 weeks and adverse events.

Six hundred and fifty-seven participants were randomised and 645 began treatment in the study. Approximately one-third of study participants were black, a quarter were Hispanic or Latino and the remainder were white. The median baseline viral load was 4.43 log10 copies/ml in the bictegravir group and 4.45 log10 copies/ml in the dolutegravir group. The study population had relatively high baseline CD4 counts (a median of 440 cells/mm3), reflecting the trend towards earlier diagnosis.

The intent-to-treat analysis, covering everyone randomised to participate in the study, showed that after 96 weeks, 84.1% of those receiving Biktarvy and 86.5% of those receiving dolutegravir-based treatment had a viral load below < 50 copies/ml, a non-significant difference.

Five people taking dolutegravir-based treatment had detectable viral loads at week 96 but none had evidence of resistance to study drugs. Fourteen people in the bictegravir arm and seven in the dolutegravir arm discontinued treatment with a detectable viral load; in seven cases because they had no post-baseline visit, or because they did not wish to continue in the study, or due to pregnancy.