Second case report of PrEP failure due to drug-resistant virus 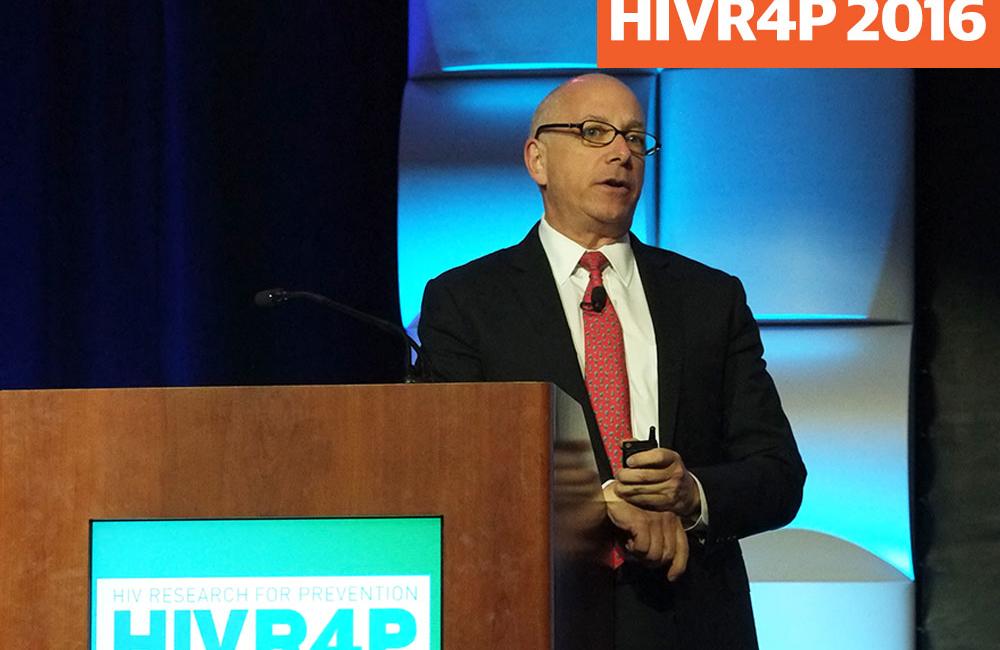 A PrEP user in New York City has become HIV positive with virus that is resistant to Truvada and other antiretroviral drugs, the HIV Research for Prevention (HIVR4P 2016) conference in Chicago heard today. This is only the second such case that has been reported, highlighting the rarity but not the impossibility of HIV infections in people who adhere to their PrEP (pre-exposure prophylaxis) medication schedule.

The man appears to have acquired HIV from a casual male partner who had virus with multiple resistance mutations, including some which conferred resistance to tenofovir disoproxil fumarate and emtricitabine, the components of Truvada. The man who acquired HIV reported not using condoms when taking the insertive (‘top’) role with two casual partners while he was using PrEP.

While he also had condomless sex with his primary partner, who is HIV positive and has an undetectable viral load, phylogenetic testing showed that there was no relationship between his virus and that of his primary partner. He must have acquired HIV from outside the couple.

Howard Grossman said that the case involved a gay man in his early twenties who had tested HIV negative multiple times before beginning PrEP on January 1 2016. While the man had previously used condoms with his HIV-positive partner, he did not do so after he began PrEP.

The man missed a scheduled follow-up visit but did attend an appointment at the beginning of May. On that occasion, the 4th generation (antibody and p24 antigen) HIV diagnostic test was reactive, as was the nucleic acid amplification test (NAAT), which is a viral load-type test that directly detects the genetic material of HIV.

When conventional viral load RNA tests were done two and five weeks later, they indicated an undetectable viral load. This is unusual during early HIV infection and made the situation more difficult to interpret, said Dr Grossman.

Both the man and his partner insisted that he had been 100% adherent to PrEP. In addition, testing of dried blood spots and of hair samples in early June showed drug levels that were consistent with good adherence to Truvada in the previous 30-60 days, in other words in April and May. However, this is after the period in which the man reported sex with casual partners. There are no objective, biological data to assess the man’s adherence in February and March.

Rather than this being a case of PrEP failure due to lapses in adherence, it appears to be due to the transmitted virus having multiple mutations, including those conferring resistance to the components of Truvada. Resistance testing showed that the man’s virus has resistance against most nucleoside reverse transcriptase inhibitors (NRTIs, the backbone of HIV treatment) as well as several non-nucleoside reverse transcriptase inhibitors (NNRTIs).

As a result, the man was provided with an intensive drug regimen, adding the integrase inhibitor dolutegravir and the protease inhibitor darunavir, boosted with cobicistat, alongside the existing Truvada. Grossman said that maintaining the tenofovir and emtricitabine was likely to be better than not having a nucleoside element at all.

The man is doing well on this treatment and he has maintained an undetectable viral load.

Phylogenetic analysis showed that the viral strains of the man and those of his HIV-positive primary partner were unrelated. The man is likely to have acquired HIV from one of the casual partners; it is plausible that this man would have been in acute infection with a high viral load himself.

“The patient became infected with a multidrug-resistant HIV-1 variant despite adherence to tenofovir and emtricitabine as PrEP,” concluded Grossman.

The case has some similarities with the first case report of PrEP failure, reported earlier this year. That also involved the acquisition of HIV that was resistant to multiple drugs.

Grossman told a press conference that there is no reason to think that Truvada PrEP would protect against viruses that are already resistant to its component drugs. However he said that such cases of resistance are extremely rare. Very few people with newly acquired HIV have transmitted resistance to tenofovir and emtricitabine (resistance to other drugs that are not used as PrEP is more common).

He also said that two reports of infection in the context of perhaps 100,000 people having taken PrEP represented a very low failure rate.

What else can we learn from the case? Grossman noted that the man only reported taking the insertive role with his casual partners. There’s a “myth in the community” that “tops don’t get HIV”, he said, which this case challenged.

He also noted the difficulty of interpeting the lab results in the case. The viral loads were undetectable and the Multispot HIV 1/2 test (used to distinguish between HIV-1 and HIV-2 infections) failed to pick up the new infection. Grossman called on the expertise and laboratory capacity of Martin Markowitz of the Aaron Diamond AIDS Research Center and of Robert Grant of the University of California, to help manage the case. There need to be ways for frontline PrEP providers who are dealing with unusual cases to access these kind of resources, he said.

Another presentation addressed the issue of immune response and viral set point of people who acquire HIV despite PrEP provision. They may still be taking some PrEP drugs during the early stages of infection.

Just as intensive antiretroviral therapy very early in HIV infection can lower the viral set point, reduce the size of the latent viral reservoir and delay disease progression, it is plausible that the presence of lower levels of antiretrovirals prescribed as PrEP may affect the course of infection.

Deborah Donnell reviewed data from the randomised Partners PrEP study in East Africa, in which 138 participants acquired HIV. Around half were people in the placebo arm, while many others had poor or inconsistent adherence to PrEP. The cases of HIV acquisition on PrEP are assumed to be due to poor adherence, rather than PrEP failure.

Moreover, it took a little longer for some people taking PrEP to have their infection diagnosed, using rapid tests. A minority of cases took more than 90 days – rapid tests can miss cases of acute infection, especially following PrEP.

Finally, the initial viral load of people with detectable drug levels in their blood was, on average, slightly lower – probably due to viral suppression while taking PrEP. The viral set point (the average viral load in the months after the period of primary infection) was lower in people who had taken some PrEP around the time of acquiring HIV. This persisted after stopping PrEP.

Slides and audio of this presentation are available through the conference website.

Audio of this presentation is available through the conference website.