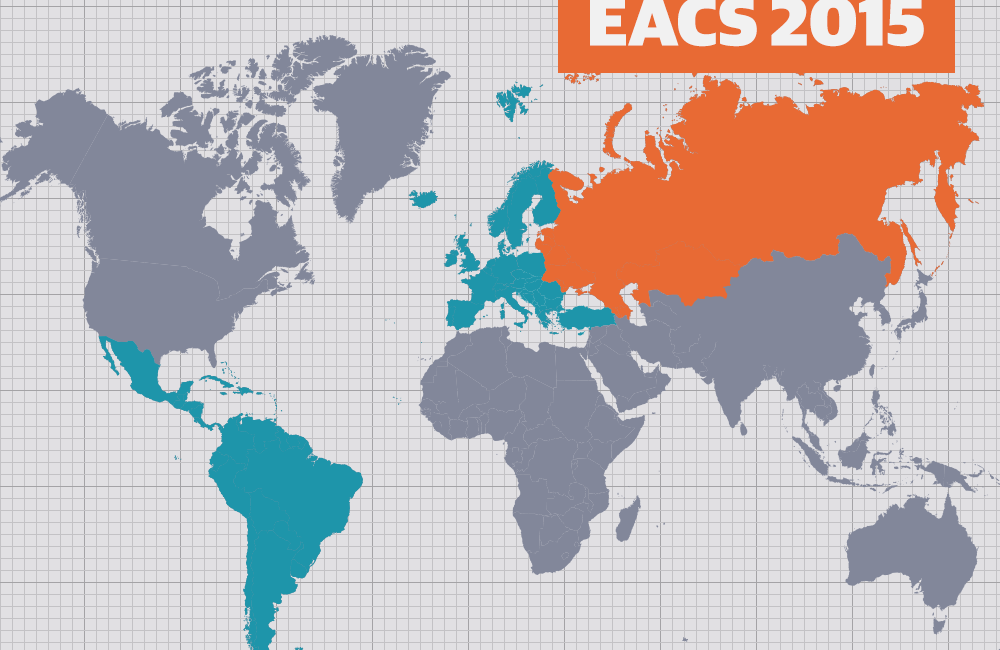 People living with HIV in Eastern Europe who develop tuberculosis (TB) are four times more likely to die within a year when compared to similar patients in Western and Southern Europe or Latin America, a large international study presented on Thursday at the 15th European AIDS Conference in Barcelona has shown.

The study found that even after taking into account the prevalence of resistance to first-line TB drugs and receipt of appropriate TB treatment, people with TB in Western and Southern Europe or Latin America were around 70% less likely to die during the year following a TB diagnosis compared to those in Eastern Europe.

The findings come from a prospective study of 1407 people living with HIV who were diagnosed with TB. The analysis was restricted to 367 people diagnosed with drug-susceptible TB, and evaluated survival one year after TB diagnosis.

There were no significant differences in the characteristics of the tuberculosis or its treatment between regions. A similar proportion of people had disseminated tuberculosis in each region (45% in Eastern Europe, 41% in Western and Southern Europe and 42% in Latin America). A similar proportion of people received the standard first-line regimen for TB treatment consisting of rifampicin, isoniazid, pyrazinamide and one other drug in each region (91%, 92% and 94% respectively).

The meta-analysis included 6 studies, of which 5 were conducted in sub-Saharan Africa, showed that the diagnostic accuracy for Xpert testing was similar to the former symptom screening and rapid test format.
Contagion Live
19 Apr 22
Access to healthcare

The German Respiratory Society (DGP) is expecting patients with tuberculosis (TB) to be among the war refugees from Ukraine. "Therefore, it must be ensured that these people continue to be medically treated without any breaks, so that their treatment is successful," said Torsten Bauer, MD, in a press release from the DGP and the German Central Committee Against Tuberculosis (DZK).
Medscape (requires free registration)
5 Apr 22
Tuberculosis & HIV

The incidence of subclinical tuberculosis among people with HIV in a South African study was similar to the incidence of clinical TB, suggesting that guidelines recommending symptom-based screening may need to be updated, researchers said.
Healio
17 Mar 22
TB diagnosis

Over a million additional cases of tuberculosis (TB) went undiagnosed and untreated in the last year due to the impact of COVID-19-related lockdowns, significantly setting back the global effort to end TB by a massive 12 years, according to new data.
Health-e
19 Mar 21
More editors' picks