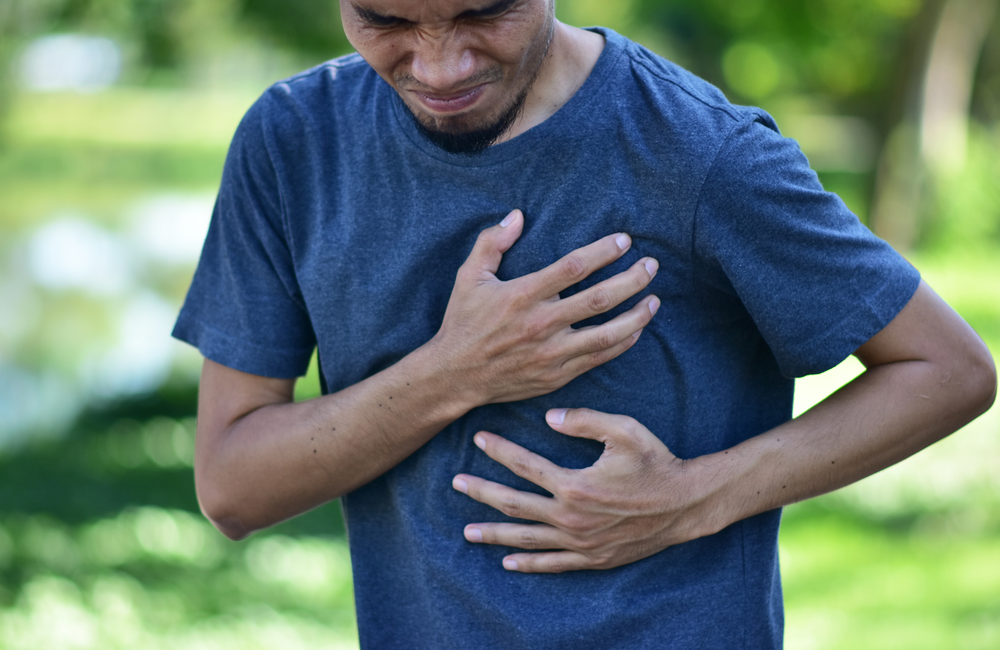 A study from Thailand has found that the incidence of tuberculosis was remarkably high among people with HIV during the first year on antiretroviral therapy, and thereafter, decreased significantly until reaching levels comparable to those in the Thai general population after ten years. The study, published in a recent issue of the Journal of the International AIDS Society, is important as it is most probably the first to report such data from a high TB/HIV burden country in Asia.

Despite the availability of antiretroviral therapy, tuberculosis (TB) remains the leading cause of death among people with HIV across the world. They have twenty times the risk of developing TB than HIV-negative people.

In 2019, Thailand had an estimated tuberculosis incidence of 150 cases per 100,000 persons in the general population, which had slowly decreased from 172 in 2012. The World Health Organization (WHO) classifies Thailand as a high TB burden and TB/HIV burden country, notably because in 2019:

The incidence of active tuberculosis is known to be highest in the first three months of antiretroviral therapy. This may often represent a flare-up of disease that was present, but undiagnosed, before starting antiretroviral therapy. Previously, the immune system may have been too weak to respond to tuberculosis bacteria, but now mounts an inflammatory response, and its consequences are called IRIS, or immune reconstitution inflammatory syndrome. However, in some cases, active tuberculosis may also be due to persisting immunodeficiency.

In high TB/HIV burden countries such as Thailand, new strategies are therefore needed to improve the prevention of tuberculosis in HIV-positive people on antiretroviral therapy.

Dr Anchalee Avihingsanon from the Thai Red Cross Research Centre and her colleagues investigated new cases (incidence) of active tuberculosis after starting antiretroviral therapy in Thailand. They did so by retrospectively collecting and analysing follow-up data from HIV-positive individuals receiving care and treatment in fifteen HIV clinics with integrated tuberculosis services across the country. To be included in the analysis, patients had to be at least 18 years old and to have started antiretroviral therapy between 1999 and 2017.

The investigators reviewed 9,179 eligible patients’ records. Sixty-one per cent were male and at the time of starting antiretroviral therapy, median CD4 count was 227 and median age was 34.5 years (interquartile range 28 - 41.5).

Tuberculosis incidence was the highest during the first year, then declined over time, as shown below:

The lower the CD4 cell count, the more cases of tuberculosis: 20% occurred in participants with CD4 counts below 50, compared to 13% with counts above 500. At the time of tuberculosis diagnosis, the median CD4 cell count was 179 (IQR 69-392). Compared to those without tuberculosis, patients who developed the illness had lower CD4 cell counts (141 vs 232) and body weight (53 vs 57 kilos) at the time of starting antiretroviral therapy. Those with incident tuberculosis were also more likely to have had TB in the past (25% vs 8%). These parameters, as well as being male, turned out to be statistically significantly associated with tuberculosis incidence.

Also, at the end of the study period, the overall survival rate was 78% among participants without tuberculosis and 70% among those with it (p value <0.001).

Findings from this study tell us that Thailand is far from achieving control of TB/HIV coinfection. As highlighted by the investigators, tuberculosis screening may be inadequate and therefore explain the significant rate of prior tuberculosis (28%) in people with HIV and active tuberculosis. Better screening methods would allow clinicians to identify more precisely which patients have latent tuberculosis or risk factors, such as living in a high-risk environment. This strategy would help increase the uptake of TB preventive therapy, which is very low in Thailand and other Asian countries, probably because of providers’ barriers and lack of training.

Also shown by the study is the clear association between unacceptably low CD4 cell counts at the start of antiretroviral therapy and the development of active tuberculosis. This data should not be ignored by Thai health authorities and give a further push into the rapid antiretroviral strategy promoted by some HIV clinicians in the country: treat HIV as soon as it is diagnosed to increase chances of recovering CD4 cells and control HIV viraemia as soon as possible.

“These interventions are potential key factors to tackle the tuberculosis epidemic and mortality rate among people with HIV in high TB/HIV burden settings,” conclude Avihingsanon and colleagues. Therefore, getting political support to implement them is what is required right now.

Compared to the only other approved device for TB detection in people living with HIV, the new FujiLAM point-of-care test offers superior diagnostic sensitivity.
Be In The Know
30 Jun 22
Drug-resistant TB

Words Matter, which was first published almost a decade ago, is seen as a key instrument to encourage positive change, and sensitize and promote the appropriate language.
Stop TB Partnership
30 May 22
More editors' picks