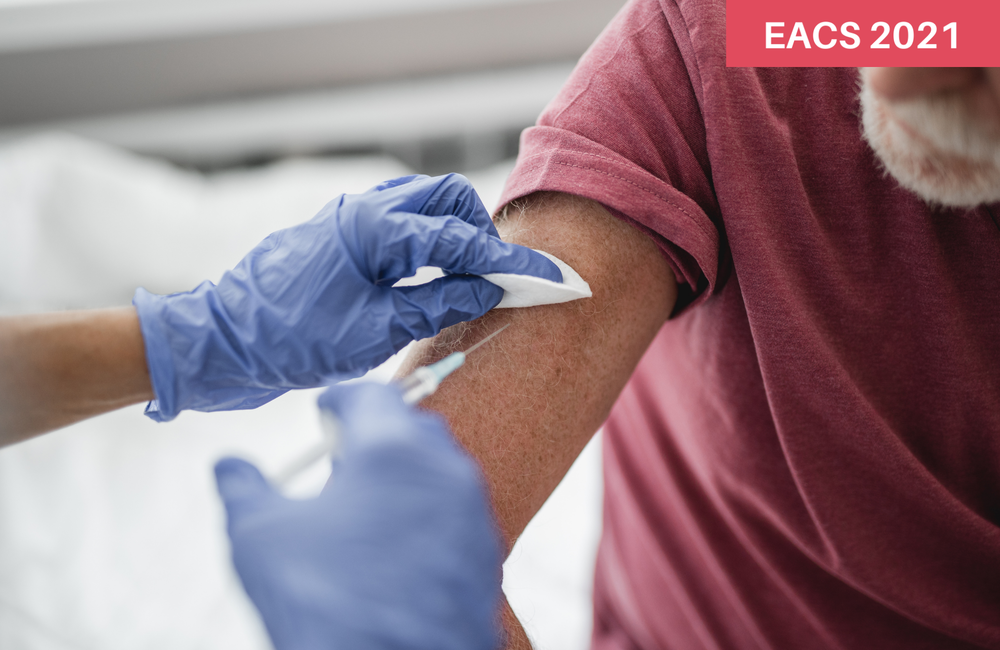 People with CD4 counts below 200 were significantly less likely to generate strong antibody and cellular immune responses to the Pfizer or Moderna mRNA COVID-19 vaccines compared to people with better immune function, Italian researchers reported on Friday at the 18th European AIDS Conference (EACS 2021) in London.

The findings match those of a US study presented at the IDWeek conference in early October, which showed that people with lower CD4 counts were less likely to produce antibody responses after two doses of an mRNA vaccine, especially the Pfizer vaccine.

Public health authorities in the United States and Europe already recommend a third dose of a vaccine against SARS-CoV-2 for people with HIV with immune suppression but there is still a lack of clarity about below which CD4 threshold a third dose is needed.

They wanted to establish whether a low CD4 count compromised vaccine responses.

The study population was predominantly male, with a median age of 57 in those with CD4 counts below 200 and 54 years in others.

All participants were taking antiretroviral therapy but people with CD4 counts below 200 were significantly more likely to have unsuppressed viral load compared to people with higher CD4 counts (31% vs 7% in the 200-500 group and none in the >500 CD4 group, p<0.001).

By one month after the second dose, all but five of the 166 participants with HIV had detectable antibodies (four in the <250 group and one in the >500 group did not develop antibodies), and the researchers described these responses as “robust”.

Lower antibody numbers after the second vaccine dose imply a greater need for a third dose. Further research is needed to clarify the impact of a third dose in people with low CD4 counts, on both the level of antibody response achieved and the speed at which antibody levels decline after a third dose.

A second Italian research group looked at the incidence of side effects after receiving the Moderna vaccine in 453 people with HIV receiving care at the San Paolo Hospital HIV clinic in Milan. The recording of side effects was dependent on patient report; 396 people reported after the first vaccine dose, 371 after the second dose. Side effects were common; 51% reported at least one symptom after the first dose and 73% after the second dose. No serious adverse events were reported. The local and systemic reactions to vaccination were consistent with clinical trials; pain, swelling and redness at the injections site, and muscle pains, headaches, chills and fevers.

2 May 2022
The biology of HIV transmission

There’s a shortage of monkeypox vaccine. Could one dose instead of two suffice?

As the monkeypox outbreak grows, the preferred vaccine to combat it is in short supply—a problem that’s only getting worse now that countries are expanding access to the vaccine. But there is a strategy that could double overnight the number of people who can be vaccinated: use a single shot instead of the recommended two.
Science
2 Jul 22
Vaccinations & immunisations

A small Canadian cohort reported similar vaccine responses irrespective of HIV status, although people living with HIV in the study were on ART with CD4 counts generally above 200 cells/mm3.
i-Base
27 Jun 22
Monkeypox

Monkeypox vaccination begins — can the global outbreaks be contained?

Some countries have begun to use smallpox vaccines to protect people exposed to the monkeypox virus. But researchers see challenges ahead.
Nature
17 Jun 22
Vaccinations & immunisations

A study has found that receipt of the MenACWY vaccine was poor among individuals with newly diagnosed HIV infection at increased risk for meningococcal disease, indicating a need for better education on vaccination recommendations.
Infectious Disease Advisor
8 Jun 22
More editors' picks