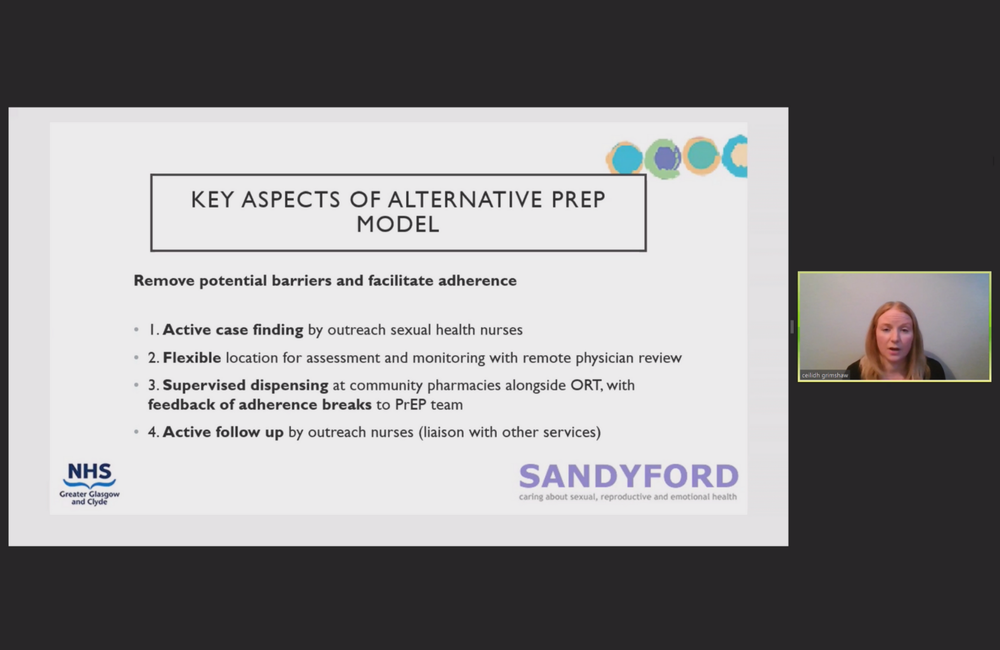 Very few PrEP programmes for people who inject drugs have reported results and ongoing engagement with health care is known to be challenging for this group. Scotland’s largest city, Glasgow, has had a major outbreak of HIV among people who inject drugs since 2014. Anecdotal evidence suggested that sexual transmission was contributing to the outbreak.

The usual model of PrEP care relies on the patient taking the initiative to book and attend follow-up appointments. The service was adapted so as to remove barriers and facilitate adherence among people who inject drugs.

Outreach sexual health nurses worked with homeless health services and addiction services to identify and contact individuals at elevated risk of sexually acquiring HIV. The most common risk factor was having a partner with HIV that was not virally suppressed, while others were having transactional sex or sex with other drug users.

Blood and urine samples for testing were generally taken at these services or during outreach (with remote review by a physician), and PrEP medications were delivered daily at community pharmacies alongside opiate substitution therapy. This is the same model that the Glasgow team have used for providing HIV treatment to the drug users during the outbreak. The outreach sexual health nurses maintained active follow-up, including liaising with other professionals working with those taking PrEP and contacting anyone who missed their pharmacy appointment several days in a row.

Thirty one individuals were recommended to take PrEP, 26 accepted the recommendation, and 23 actually started.

Adherence has been good: 2460 of 2533 days covered, with half those taking PrEP not having missed a single day. All but two participants have had regular HIV testing while taking PrEP. However, there have been around 30 stops and restarts, often due to situations such as entering prison or drug rehabilitation, or simply dropping out of contact with services.

There have been no HIV diagnoses.