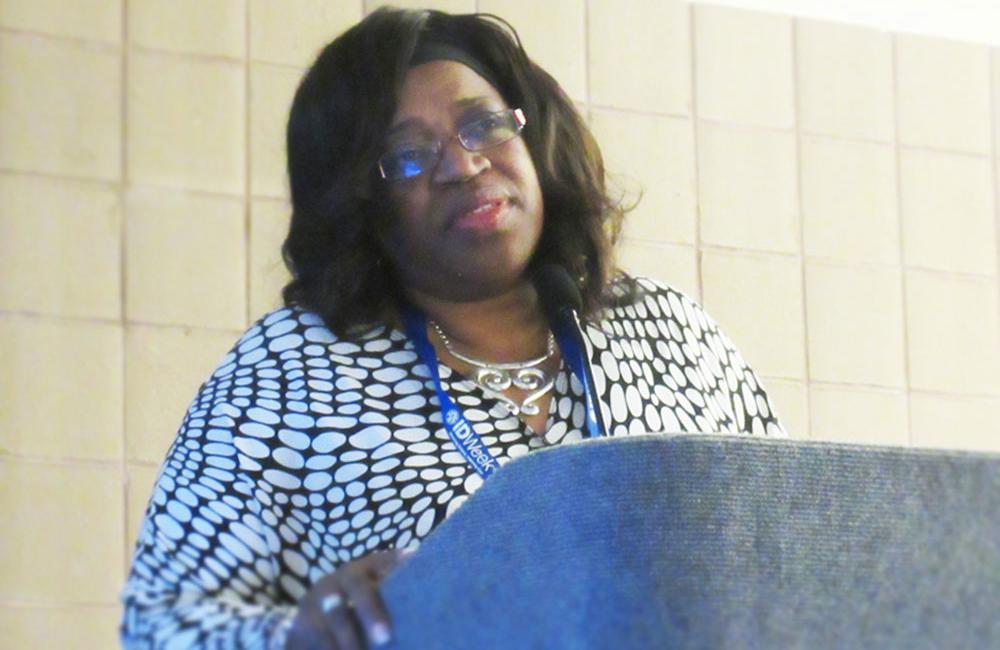 A once-daily regimen containing the potent HIV integrase inhibitor dolutegravir worked better than an older atazanavir-containing regimen – with higher rates of viral suppression both overall and across race subgroups – in the ARIA trial, one of the few antiretroviral therapy studies to enrol only women, according to a presentation at IDWeek last week in New Orleans.

Over the course of the HIV/AIDS epidemic white men have been over-represented while women and people of colour have been under-represented in clinical trials of new therapies. But worldwide, women make up about half of all people living with HIV and people of African heritage have the highest burden of disease, and it is important for new treatments to be tested in all the groups that will ultimately use them.

The study compared a fixed-dose combination of dolutegravir/abacavir/lamivudine (Triumeq) versus ritonavir-boosted atazanavir (Reyataz) plus tenofovir DF/emtricitabine (Truvada). Dolutegravir has been shown to have a high barrier to resistance and is potent enough to be used without a booster.

Nearly a third of trial participants were enrolled in the UK and Europe, a quarter in the US, 13% in South Africa, and the rest in Russia, Argentina, Thailand and Mexico. Just under half (46%) were white, 41% were of African heritage and 13% were of other races/ethnicities, mostly Asian. The median age was 37 years. The median baseline CD4 T-cell count was approximately 350 cells/mm3 and over a quarter had a viral load above 100,000 copies/ml.

Half the women were randomly assigned to receive dolutegravir/abacavir/lamivudine and half to receive atazanavir/ritonavir plus tenofovir/emtricitabine. The study's primary endpoint was the proportion in each arm with viral load below 50 copies/ml after 48 weeks on treatment.

In a subgroup analysis by race, white women had higher virological response rates on both dolutegravir and atazanavir (86 vs 80%) compared to black women (74 vs 67%), but the difference between the two regimens was similar for both groups.

Half as many women in the dolutegravir arm met the criteria for virological non-response compared to those in the atazanavir arm (6 vs 14% respectively). None of the women who experienced virological failure while on dolutegravir/abacavir/lamivudine developed resistance to these drugs.

The higher response rate in the dolutegravir arm was largely driven by more discontinuations due to adverse events in the atazanavir arm. About 20% of participants in both arms stopped treatment before 48 weeks – including 13 women who became pregnant – but the reasons for doing so differed.

Central nervous system side-effects associated with dolutegravir are an emerging concern, but Hagins said that the rate of neuropsychiatric events study were the same in both treatment arms (14% overall, 4% insomnia, 2-3% depression).

Dolutegravir/abacavir/lamivudine "demonstrated superior efficacy and a favourable safety profile compared to atazanavir plus tenofovir/emtricitabine in treatment-naive women after 48 weeks of treatment," the investigators concluded in their study abstract. "Race subgroup analyses were consistent with overall results."

As a researcher focused on HIV and women, I have very often heard the claim that it is ‘difficult’ to recruit women to research, or that women are ‘hard to reach’. It is my experience that this simply is not true.
Sophia Forum
29 Sep 20
Health problems & ageing

Among Women, HIV Is Tied to High Rates of Chronic Health Conditions

A majority of women interviewed in a small study expressed a preference for monthly injectable treatment over daily pills.
POZ
4 May 20
Ageing & HIV