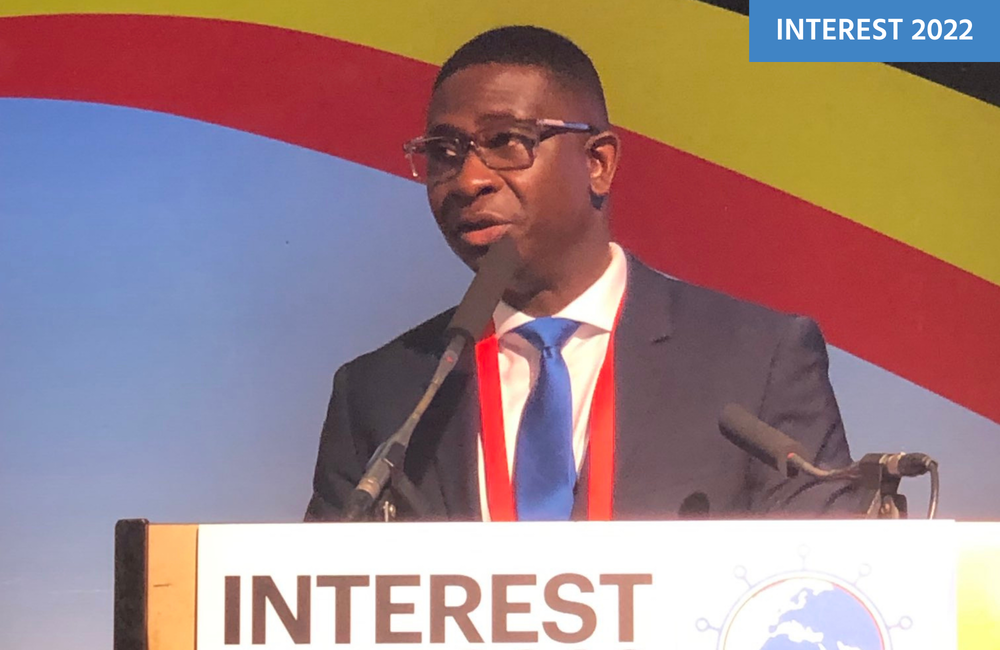 While some countries in Africa are on the verge of reaching epidemic control – which means there are fewer HIV diagnoses than deaths of people with HIV – progress among key populations remains largely unknown, participants at the INTEREST 2022 conference in Kampala heard last week. In 2020, key populations and their sexual partners accounted for 39% of new HIV acquisitions in sub-Saharan Africa. However, only eight countries had prevalence data on people who inject drugs, while just two had data on transgender people.

Key populations in Africa – including sex workers, men who have sex with men (MSM), transgender people, people who inject drugs and prisoners – are highly vulnerable to HIV because of risk behaviours, marginalisation, stigma, discrimination, violence, human rights violations and criminalisation. In 2021, estimated HIV prevalence was 31% among sex workers in eastern and southern Africa, 28% among transgender people, 19% among people who inject drugs, 13% among gay men and other men who have sex with men, and 11% among prisoners.

The few studies done show huge gaps in the cascade of HIV care for key populations – fewer people know their HIV status, are on treatment and are virally suppressed than in the general population.

Dr Chris Akolo of FHI 360 said that countries need to put more resources into mapping and understanding the size of key populations to ensure adequate programming. He also shared that scaling up HIV testing approaches like index testing, social network testing and self-testing were especially crucial to new key populations who are not always reached using traditional testing approaches.

Dr Akolo explained that a community-based PrEP programme in South Africa for men who have sex with men recruited 84% of new PrEP users through community outreach strategies, with only 16% started in clinic settings. He said taking PrEP to key populations was essential to achieving better coverage.

To improve viral suppression among key populations, he suggested promoting U=U messages and implementing decentralised drug distribution – including delivery to clients’ homes, a private clinic or a pharmacy of client’s choice, as well as automated dispensing, where a parcel of ARV refills is made available in secure automated lockers. To improve viral load testing, he called for online appointment booking, sample collection at private clinics and pharmacies, and virtual adherence counselling.

The conference heard that these strategies must be led by key populations and organisations that are culturally competent. He encouraged HIV providers in Africa to move to online spaces to broaden outreach and connect with key populations.

African countries must also invest in violence prevention, the protection of key populations and health providers from homophobic violence, and the training and sensitisation of healthcare workers so as to reduce stigma.

Earlier, Dr Laura Nyblade from RTI International told the conference about how stigma undermines access to health care and health outcomes for clients. She described some of the stigmatising processes in health facilities, which included distinguishing and labelling differences like having special days, times or places for people living with HIV and key populations; associating key populations with negative attributes such as ‘irresponsible’, ‘immoral’ or ‘promiscuous’; and discriminatory practises like denial of health care, verbal and physical abuse, and loss of respect.

Stigma in health care facilities also presented itself in stigmatising language such as ‘HIV-infected’, ‘AIDS-infected’ and ‘AIDS patient’. She encouraged healthcare workers to use people-first language such as ‘person living with HIV’.

Some of her suggestions included making stigma reduction an explicit component of quality-improvement processes, medical training, performance assessment and facility accreditation. Mechanisms to report and redress stigma are also needed, she said.

In conclusion, Dr Nyblade recommended making stigma and discrimination reduction part of all HIV programmes and national strategies, while Dr Akolo highlighted the need to address discriminatory laws that continue to impact key populations and to create an enabling environment for better access to services.

Nyblade L, Addressing Stigma in Health Facilities: Why It Matters and How It Can Be Done. INTEREST 2022 conference, Kampala, session 14, 2022.

In recent years, teams from MSF around the world have seen worrying signs of a reversal in progress against all three diseases, compounded by the COVID-19 pandemic and economic difficulties.
Médecins Sans Frontières
7 Sep 22
More editors' picks