What are the roles of TAF and integrase inhibitors in weight gain? 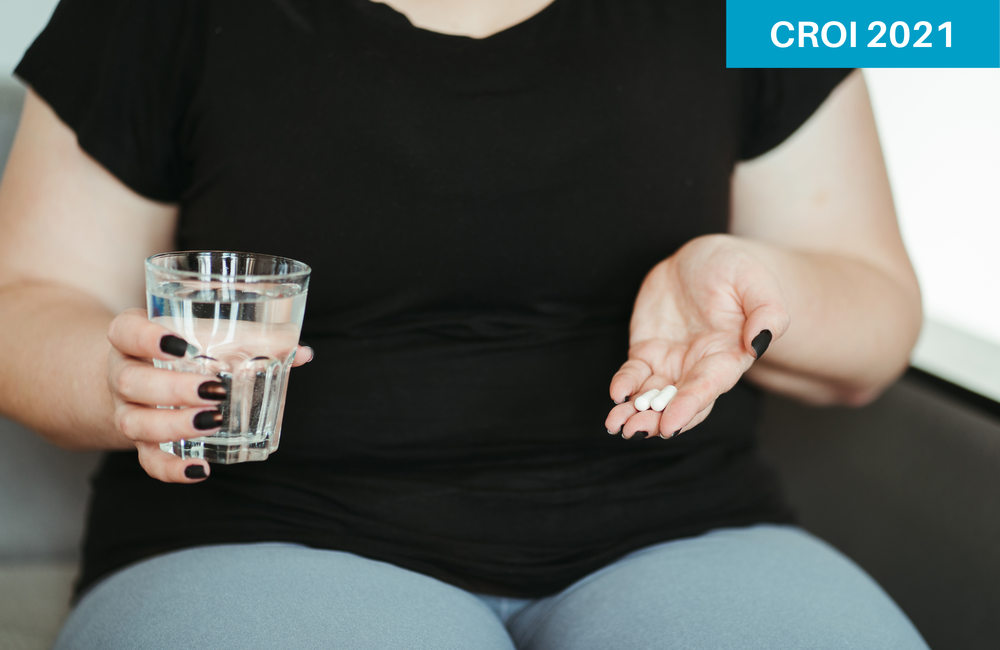 Tenofovir alafenamide (TAF) was linked to weight gain in three large studies of people changing HIV treatment presented last week at the virtual Conference on Retroviruses and Opportunistic Infections. Each study identified TAF as a contributor to weight gain but produced conflicting findings on the role of integrase inhibitors.

TAF in combination with emtricitabine is included in several of the more commonly prescribed antiretroviral combinations, including Biktarvy (with bictegravir), Genvoya (with elvitegravir), Odefsey (with rilpivirine), Symtuza (with darunavir) and Descovy (with emtricitabine only). Many people switched from the older formulation of tenofovir (tenofovir disoproxil fumarate – TDF) to TAF as new combination products became available.

Weight gain in people with HIV has been widely reported. A minority of people gain a substantial amount of weight after starting treatment and weight gain may place them at increased risk of heart disease, high blood pressure, kidney disease and cancers.

To put weight changes in context, Dr Jane O’Halloran of Washington University, St Louis, told a conference session on weight gain that on average, people starting treatment with a modern three-drug combination gained around 2kg – but around 30% showed no weight gain and a fifth experienced weight gain of at least 10%.

Early studies of the phenomenon pointed to the class of HIV drugs known as  integrase inhibitors as the cause but TAF has emerged in several studies as an independent risk factor for weight gain (see here and here). The studies presented last week at CROI provide further evidence, and presenting the largest of the three studies, Dr Loveleen Bansi-Matharu of University College London said that clinicians and people with HIV should be aware of the potential effects of weight gain associated with dolutegravir and TAF.

RESPOND: dolutegravir and TAF each lead to weight gain

The cohort was predominantly male (74%), White (91%) and treatment-experienced (80% on antiretroviral treatment at baseline).

Participants were followed for a median of 2.6 years and underwent a median of four weight measurements during follow-up. The study measured weight gain associated with each drug initiated from 2012 and compared the odds of weight gain of 7% or more compared to lamivudine.

The odds of weight gain associated with dolutegravir and TAF were higher when the two drugs were used together (dolutegravir plus TAF vs dolutegravir : OR 1.73 vs 1.20; TAF plus dolutegravir vs TAF alone: OR 1.63 vs 1.30).

Both dolutegravir and TAF were independently associated with higher odds of weight gain of at least 30% of BMI (e.g from 24 (normal) to 32 (obese)). Exposure to each drug doubled the risk of gaining this amount of weight, although the overall frequency of this outcome was not reported.

Trio: no difference between integrase inhibitors, while TAF leads to weight gain

To investigate how prior tenofovir use, or a switch from TDF to TAF, affected weight gain in people taking an integrase inhibitor, Professor Grace McComsey and colleagues looked at 2272 people receiving HIV care at major clinics in the United States and London (the Trio Outcomes database). All participants were virologically suppressed and switched to a new integrase inhibitor regimen, including 64% who had previously been on a different integrase inhibitor. Forty seven per cent switched from TDF to TAF at the same time.

"Each study asked different questions and was designed differently, but each came to the same conclusion."

The study investigators say it is important to control for demographics and switches from TDF to TAF when considering the effects of integrase inhibitors on body weight.

However, an analysis of the HIV Outpatients Study found that switching to an integrase inhibitor was independently associated with weight gain and that the greatest weight gain occurred in the first eight months after switching. Thereafter, further weight gain was largely attributable to TAF use.

The HIV Outpatients Study covers eight clinical centres in the United States. The analysis by Dr Frank Palella looked at changes in body weight from 2007 to 2018 in all patients switching to a new regimen after at least one year of fully suppressive treatment on a previous regimen. The analysis included 736 people who switched to either an integrase inhibitor or TAF, or both. Approximately 20% were female, 26% Black and with a median age of 51 years.

Each study asked different questions and was designed differently, but each came to the same conclusion: TAF contributes to weight gain in people who are already treatment-experienced when they start taking the drug. How it might lead to weight gain, and why there might be an interaction with integrase inhibitors – especially dolutegravir – needs further investigation.