Rapid weight gain after switching to TAF, regardless of other HIV drugs taken 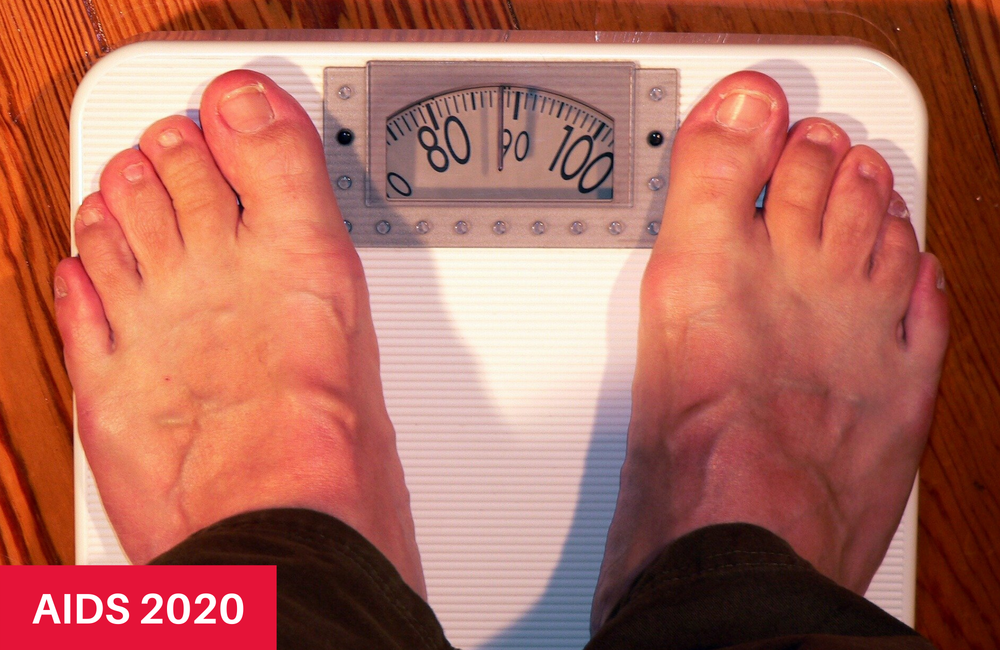 People who switched to tenofovir alafenamide (TAF) from the previous version of tenofovir (tenofovir disoproxil fumarate – TDF) experienced rapid weight gain regardless of whether they were taking an integrase inhibitor or a drug from another class alongside TAF, analysis of a large US cohort shows.

Weight gain after starting antiretroviral treatment has been reported in numerous cohorts and clinical trials but its causes are unclear. There are several explanations for the causes of weight gain. In part, weight gain is probably a 'return to health' effect, as it is more pronounced in people who start treatment with lower CD4 counts. Weight gain is more frequent and greater in black people, especially women, and might also be explained by genetic differences in metabolism of drugs that appear to suppress weight gain (efavirenz, TDF) or by differences in diet or baseline weight.

Studies have also linked specific antiretroviral drugs to weight gain. Dolutegravir and other integrase inhibitors have been associated with greater weight gain in clinical trials, but one trial has shown that weight gain was greatest in people starting treatment with both dolutegravir and TAF, suggesting either an additive effect of different drug classes or a misattribution of weight gain to a specific drug class.

Weight gain has also been seen after switching to integrase inhibitors, especially in women and black people.

Investigators wanted to determine whether switching from TDF to TAF resulted in weight gain and whether any specific drug classes combined with TAF had greater additive effects on weight, using data from OPERA, a large cohort combining data from clinics and medical practices treating around 8% of people diagnosed with HIV in the United States.

They identified 6919 patients in the OPERA cohort with undetectable viral load (< 200 copies/ml) who switched from TDF to TAF and who had pre- and post-switch weight measurements. The patients identified were predominantly male (approximately 80%) but in other respects broadly representative of people living with HIV receiving care in the United States (approximately 40% African American and 25% Hispanic).

The investigators reported on results for an 'average' or referent patient in this population, who was a 45-year-old non-black man, with a baseline BMI of 27, a baseline CD4 cell count of 700, no endocrine disorders and not taking any other medication previously associated with weight loss or gain. The investigators did not model the weight gain patterns for groups of patients at higher risk, such as women or black people.

When they looked at the differences in weight gain in people who maintained integrase inhibitor treatment, the investigators found no significant difference in weight gain between people taking dolutegravir, elvitegravir or raltegravir.

These findings “suggest an independent effect of a switch from TDF to TAF on weight gain”, said Professor Mallon. The patterns of weight change were consistent across regimens, indicating that people who switched to TAF experienced an early and rapid weight gain in the nine months after switching, followed by a slowing or plateauing of weight gain.

Mallon P et al. Weight gain before and after switch from TDF to TAF in a U.S. cohort study. Journal of the International AIDS Society, 24: e25702, April 2021 (open access).