Nipping HIV in the bud: could we use genotyping to interrupt transmission? 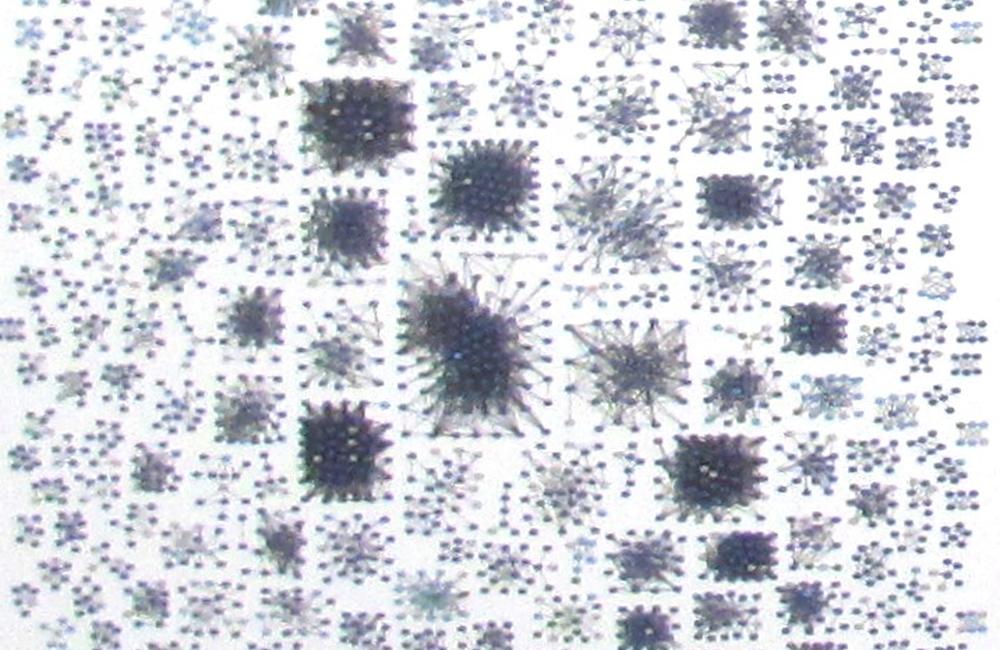 The Conference on Retroviruses and Opportunistic Infections (CROI) this year heard a number of presentations on phylogenetic analysis – the use of genetic fingerprinting of HIV to trace patterns of transmission and prioritise groups for targeting prevention.

If we take a sample of the genetic make-up of the virus of everyone diagnosed with HIV in a certain area and compare them, we can identify clusters or chains of infection, because recently transmitted viruses are almost identical in the person who has passed on HIV (the 'transmitter') and the person who has acquired it (the 'recipient'). The viruses will also be closely similar in people who are not such a ‘transmission pair’ but who acquired HIV from the same person or who form part of a cluster of infections. People within a cluster can then be prioritised for early HIV therapy, help with risk-reduction, and for contact-tracing of their undiagnosed or still HIV-negative contacts.

Concerns about identifying and criminalising the transmitter have tended to make both physicians and patient advocates wary of using this tool, phylogenetic analysis. However, in the situation of continuing high-incidence epidemics in men who have sex with men, it could be used to interrupt chains of transmission. Prioritising someone connected to a large number of other partners for antiretroviral therapy (ART) could have a disproportionate influence in reducing community incidence compared with treating people according to presentation time or CD4 criteria. It is also a way, if resources to treat everyone with HIV are stretched, of more efficiently using ART to prevent ongoing infection.

Prioritising treatment for the best-connected

Epidemiologist Susan Little of the University of California, San Diego told the conference on Wednesday that there are ways of identifying people with high ‘connectivity’ within a local epidemic without violating their confidentiality.

She looked at 478 people in the local community who were diagnosed between 2004 and 2011 and had been recently infected, and 170 of their HIV-positive sexual and social contacts and genotyped their viruses. She linked viruses that were less than 1.5% different. She found that 52.3% of the local recently infected patient group (339 individuals) had genetically linked viruses.

Wherever possible, a direction of infection was inferred from the time of diagnosis and incidence assays, and the viral load upon diagnosis of each member of the group. She then assigned a Transmission Network Score (TNS) for each virus, ranging from zero for no connections to one for the highest number of connections seen.

TNS is not just a measurement of social and sexual connections, but of the speed of spread of HIV within a particular group. By looking at the pattern in infections within a cluster, Little was also able to pick out viruses that were connected closely in time, i.e. when one member of a pair of people passed on their HIV within less than a year of being infected themselves.

Little commented that because high TNS was a property of viruses rather than people, there could be ways of flagging up when a patient was diagnosed with a high-TNS virus without exposing them to prosecution by using codes. They could then be targeted for early ART, help with sexual risk management, and support for any other factors in their life that had led to their being infected. Voluntary contact-tracing could also be done to find undiagnosed or at-risk partners so they could be treated or given pre-exposure prophylaxis (PrEP) or other risk-reduction support.

If individuals with high-TNS viruses were preferentially targeted for ART, Little showed using mathematical models that at least twice as many people might be prevented from acquiring HIV than if people were selected for ART at random.

Who is transmitting and acquiring HIV?

A number of other presentations at the conference looked at transmission clusters.

One study by the US Centers for Disease Control (CDC) looked at 41,284 viral genetic sequences in the general US database and found that 31% of them were genetically linked to at least one other virus. They found that 3982 (10%) were linked to at least four other viruses. This 10% with high linkage were more likely to be young (50% of people with at least four links in their 20s compared with 34% of the whole group) and gay (86% with more than four links, 61% of the whole sample). White people were more likely than average to have more than four links and black people less likely; 41% of people with four or more links were black but comprised 47% of the sample. This is one more finding that seems to be hard to reconcile with the much greater incidence of HIV in black people, but it may make sense if black people take their partners from a much more limited group with very high HIV prevalence.

Sexually transmitted infections (STIs) may be another explanation for higher HIV incidence. In an analysis from San Francisco, 45% of people diagnosed between 2005 and 2011 were in a transmission cluster, but comprised 57% of those whom incidence assays showed had been recently infected. Recently infected cluster members were more likely to be gay men, were younger and were twice as likely to have had a recently diagnosed STI.

“Recent HIV infection was associated with being diagnosed with a STI during the time interval that overlapped with when HIV transmission most likely occurred, thereby pointing to intervention opportunities to interrupt HIV transmission,” the researchers comment.

Phylogenetic analysis is a versatile tool. In New York, a large study used it to look at the geographic spread of the virus within New York City (the illustration shows all the clusters in the study with more than five members). Fifty per cent of the 39,135 individuals in the study were found to be phylogenetically connected to at least one person and 8801 (22.5%) to more than one. (The definition viral similarity here was that they were no more than 2% genetically different.) Gay men were 2.4 times more likely to be in a cluster of more than one person than heterosexual people, and people who inject drugs (PWID) half as likely.

Because New York has surveillance down to district level, the researchers could see how transmitter-recipient pairs were linked geographically. They found that gay men on average were furthest separated geographically from the person they acquired HIV from, in terms of where they lived: 10.3km on average, versus 9.0km and 7.8km for PWID and heterosexual people. Thirty-seven per cent of gay men in an infection cluster had someone who lived outside New York in their cluster compared with 8.2% of heterosexuals, but were no more likely than heterosexual people to include in their cluster someone from another country (this might be very different in, say, London). On the other hand, and somewhat unexpectedly, PWID had the greatest likelihood of having an international connection, with 18% of people in these clusters from outside the US.

The longevity of transmission clusters

Finally, a study from the Netherlands showed that infection clusters can be very long-lived. Dutch scientists looked at genetic sequences from 5852 people living with HIV of whom 4288 (73%) were gay male Dutch residents. Half of these infections in gay men were in 91 clusters and strikingly, 64 (70%) of these were in a cluster which originated in a virus diagnosed before 1996, in pre-antiretroviral days; only in three of these 64 clusters was no new infection diagnosed after 2006.

This is a sobering finding, as it shows that gay men are continuing to pass on HIV to each other almost, one might say, along the generations, without ART breaking the chain of infection, presumably because in the majority of clusters many men pass on HIV before they are diagnosed and treated. This study also found that 33% of infections in gay men in the Netherlands originated from outside the country and that 8% of clusters originated in a virus that had come from a non-national.

2 August 2022
The search for an HIV prevention vaccine

At a time when most Thais avoided discussing safe sex and family planning, Mechai Viravaidya promoted condom use with spectacle and humor, saving millions of lives.
The New York Times
8 Aug 22
People who inject drugs

There were 4,859 deaths related to drug poisoning registered in England and Wales last year, according to the Office for National Statistics (ONS) – the highest since records began almost 20 years ago and 6 per cent higher than in 2020.
Drink and Drugs News
5 Aug 22
Women

Over four thousand new HIV infections are recorded among girls and young women in Sub-Saharan Africa every week. However, an expert believes that access to information about the virus can turn these numbers around.
Health-e
3 Aug 22
Exposure to HIV through medical procedures

More than 4,000 surviving victims of the contaminated blood scandal should receive provisional compensation of £100,000 each, a judge has said. The chairman of the infected blood public inquiry said there was a compelling case to make the payments quickly.
BBC News
29 Jul 22
Harm reduction

As with every political debate in Scotland, the seemingly never-ending row over devolved powers and independence from Westminster looms large. One proposed intervention is the introduction of drug consumption rooms, otherwise known as supervised consumption facilities or overdose prevention centers.
POLITICO
29 Jul 22
More editors' picks