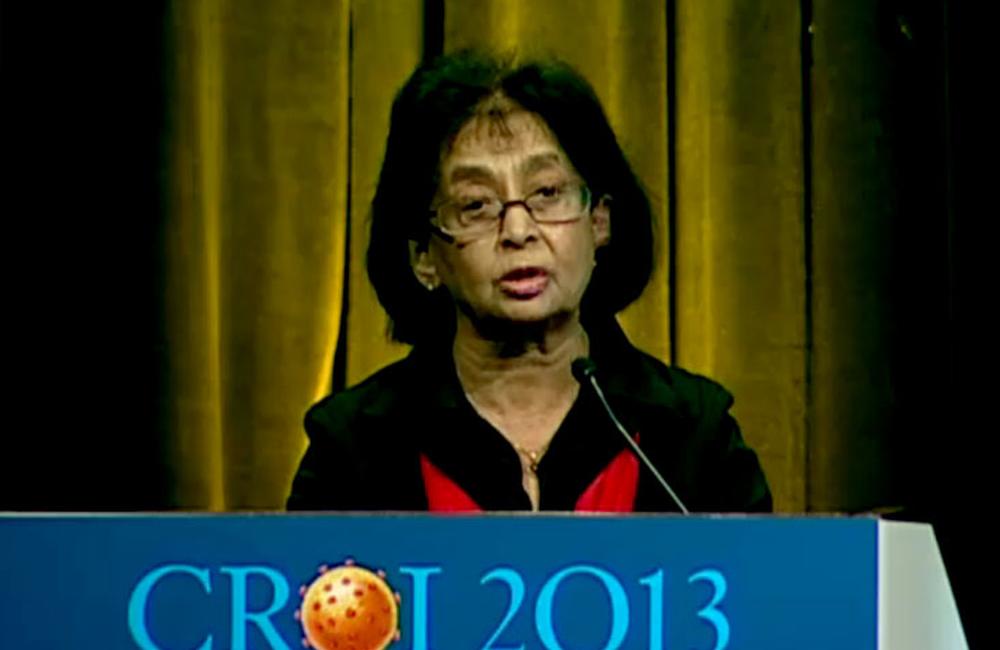 A new two-drug combination of rifapentine and moxifloxacin can allow tuberculosis (TB) treatment to be taken once-weekly during the four-month continuation phase, Dr Amina Jindani of St George’s University Medical School, London, told the 20th Conference on Retroviruses and Opportunistic Infections (CROI 2013) in Atlanta, on 6 March.

However, using the same drugs twice-weekly does not permit the total TB treatment course to be reduced from six months to four months, the study found.

The RIFAQUIN study compared two strategies for either reducing the length of the TB treatment course or reducing the total number of doses.

Shortening the duration of TB treatment from six months and reducing the number of doses of medication that need to be taken during the course of treatment, could have a substantial impact on the number of people who complete a course of TB treatment and are cured of TB. If a new regimen also reduced the time it takes people to convert from smear-positive (infectious) to smear-negative (non-infectious), this could have an impact on onward transmission too.

A shorter duration of treatment would also reduce the time during which potential interactions with antiretroviral drugs and other medications could take place, simplifying the job of managing care for people with co-infections or other comorbid conditions, as well as reducing the potential for under-treatment or harm to the patient.

A number of studies seeking to determine whether the TB treatment regimen can be shortened are underway. The RIFAQUIN study, conducted by the UK’s Medical Research Council, is the first of these trials to report results.

Rifapentine is a derivative of rifampicin, but it has a much longer half-life, which means that the drug only needs to be taken once a week. Rifapentine has been approved for use in TB treatment in the United States, and 2003 TB treatment guidelines recommended that it can be used in combination with isoniazid in the four-month continuation phase of treatment, in  HIV-uninfected TB patients without evidence of cavitation on chest X-ray who test smear-negative at two months.

A 12-week directly-observed regimen of rifapentine and isoniazid is recommended in the United States as a preventive regimen in people with latent tuberculosis.

Moxifloxacin is a fluoroquinolone antibiotic that has not been used previously in TB treatment (although it was reported in 2007 that manufacturer Bayer would be prepared to make the drug available at a discounted price for resource-limited settings if it is approved for use as TB treatment).

A previous study, conducted in Brazil, found that replacing ethambutol with moxifloxacin in the intensive two-month phase of TB treatment (in combination with rifampicin, isoniazid and pyrazinamide) resulted in a significantly higher rate of smear-negative TB by the end of month two. This finding gave Professor Richard Chaisson of Johns Hopkins University School of Medicine hope that a TB treatment regimen containing moxifloxacin might reduce the duration of treatment, increasing the chance that people taking TB treatment would be able to complete the course of treatment.

A second study, by the same group, examined the merits of replacing isoniazid with moxifloxacin during the two-month intensive phase. That study found no difference in the proportion of patients who were smear-negative after two months, but did find that the proportion of patients who became smear-negative by two months was higher in the United States than at participating trial sites in Africa.

The Global Alliance for TB Drug Development and University College London, supported by Bayer Healthcare, is currently conducting another study of moxifloxacin in TB treatment, called ReMoxTB, which is investigating substituting either ethambutol or isoniazid for moxifloxacin in order to shorten the TB treatment duration to four months. Results are expected by the end of 2013.

The RIFAQUIN study is a complex trial design intended to answer two questions:

The primary endpoints were relapse during follow-up to 18 months after treatment initiation, and occurrence of grade 3 or 4 adverse events.

The study recruited 730 people with newly diagnosed smear-positive TB. It included people with HIV not taking antiretroviral therapy with CD4 cell counts above 150 cells/mm3, and 28% of study participants were HIV positive, with a median CD4 cell count of 312.

The final modified intent-to-treat analysis excluded patients who attended study visits outside the study window (n=34), or who were lost to follow up (42), missing or contaminated cultures or failed sputum (26), non-TB deaths (17), women who became pregnant during the study (9) and laboratory-confirmed cases of reinfection (10). This exclusion of 19% of randomised participants left 592 evaluable patients.

No significant difference in per-protocol outcome measures was apparent when the four-month, once-weekly regimen was compared to the standard-of-care control group, whether compared by the endpoint of treatment failure, relapse or death (5% in the control group vs 4% in the once-weekly treatment group) or by the wider endpoint that also included loss to follow-up and treatment changes due to adverse events or other unspecified reasons not related to treatment failure (14% in each arm).

“The implications are that supervised treatment can continue beyond the first two months of treatment”, said Dr Jindani, who said that the continuation regimen of 16 weekly doses would make it much easier for treatment programmes and community health workers to monitor adherence and ensure that patients are not lost to follow-up.

Despite the promising results, TB treatment programmes will not be switching immediately to once-weekly treatment during the continuation phase. As Prof. Andreas Diacon of Stellenbosch University said “we will need to train thousands of nurses with a new treatment protocol”. Guideline panels at international and national levels will also need to review the evidence when it is published.

Manufacturer Sanofi-Aventis is currently conducting pharmacokinetic studies to look at the impact of high-dose rifapentine on efavirenz, tenofovir and FTC (emtricitabine) drug levels, but will all physicians be satisfied with evidence from a drug-interaction study alone, or will further studies be necessary in HIV-positive patients?

Finally there is the issue of cost. Rifapentine is an expensive drug, and although Sanofi Aventis has said it will reduce the cost of rifapentine when there is widespread uptake, TB programmes will be waiting to see whether the cost of offering once-weekly treatment will be affordable within current budgets for all patients, or whether it will be prioritised for particular groups of patients.

“There are certain groups in which it would be very valid [to treat with moxifloxacin in place of isoniazid], for example patients with pre-treatment isoniazid resistance,” said Dr Jindani, identifying one special need.

In the United States a switch in practice is likely to be more rapid. “Here in the US ten years ago we were prepared to go to a weekly regimen but it didn’t work [for all groups of patients in a trial conducted at the time], but these data have rekindled that hope,” said Professor Richard Chaisson of Johns Hopkins University Medical School, Baltimore.

A webcast of the session in which this research was presented, TB and cryptococcal meningitis, is available on the conference website.

Johnson & Johnson, which markets bedaquiline under the brand name Sirturo, has been accused of employing unfair tactics in an attempt to retain the drug’s patent and tighten its grip on the monopoly. Critics say this maintains high prices and makes the drug inaccessible to many, despite the involvement and contribution of public and philanthropic institutions in its development.
Devex
29 Jun 20
TB treatment

This trial fits into a “suite of studies” about the strategy of empirical anti-TB treatment for patients with established and advanced HIV infection. According to Chaisson, the trial “firmly shuts the door on this intuitive but apparently incorrect concept.”
Healio
18 Jun 20
More editors' picks