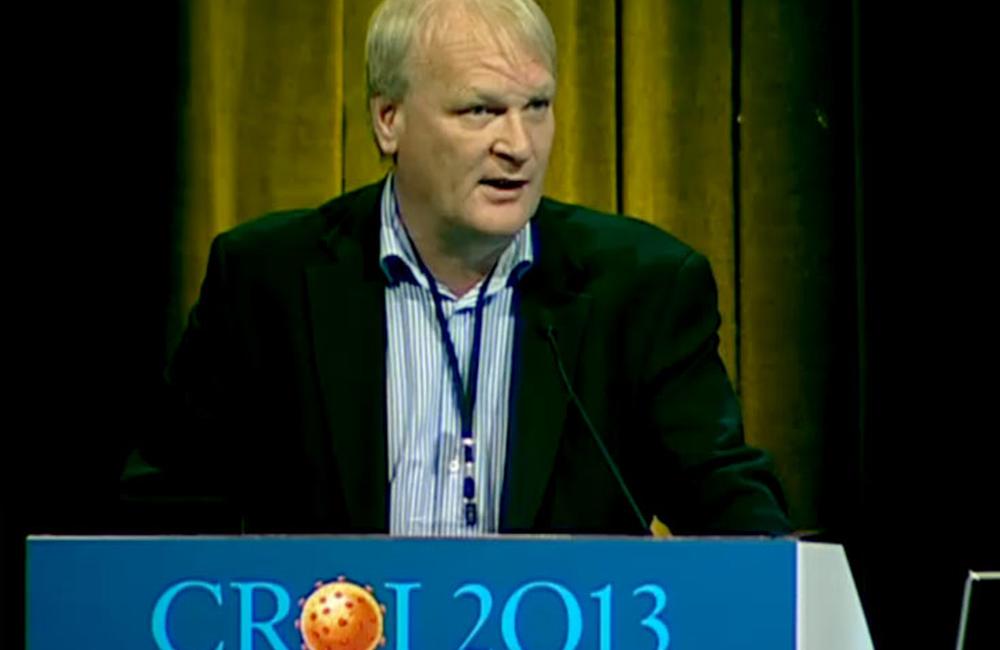 Rifampicin, a key drug in tuberculosis (TB) treatment, can be tolerated at much higher doses than used in current clinical practice – suggesting that much higher drug levels may lead to a more rapid treatment response, allowing the treatment course to be shortened without the need for new drugs in first-line treatment, according to findings presented at the 20th Conference on Retroviruses and Opportunistic Infections (CROI 2013) in Atlanta this week.

Rifampicin is used at a dose of 600mg per day throughout the six-month TB treatment course. Yet the maximum-tolerated dose of rifampicin has never been defined. When the drug was being developed in the 1960s, it was extremely expensive to synthesise, and on the basis of anecdotal reports it was also assumed at the time that the toxicities of the drug were likely to be dose-related. This led investigators to settle on a dose of 600mg as adequate to achieve minimum inhibitory concentrations for 24 hours. Indeed, early studies of short-course treatment either limited the dose and duration of rifampicin treatment, or avoided use of the drug altogether, in order to test regimens that would be affordable in low-resource settings.

A literature review by Martin Boeree and colleagues at the St Radboud University, Nijmegen, subsequently found that there was little evidence to support assumptions about dose-related toxicity. Furthermore, they argued that previous investigators had made the wrong assumption about the most relevant pharmacokinetic parameter for assessment in studies of rifampicin as a TB treatment. Rather than looking at the ratio of the trough level (Cmin) to the minimum inhibitory concentration, which shows whether adequate blood levels are maintained throughout a 24-hour period, Boeree and colleagues argued that what mattered was the total drug exposure achieved during a 24-hour period. Higher total drug exposure would be more likely to reduce bacterial load, and higher peak concentrations would be needed to inhibit bacterial replication in epithelial fluids within the lungs.

The study, conducted by Boeree and colleagues in the PanACEA consortium in South Africa, recruited people with smear-positive TB in five consecutive groups, each of which received a higher dose of rifampicin for the first seven days of TB treatment, after which isoniazid, pyrazinamide and ethambutol were added for a further seven days. The first group received a dose of 10mg/kg, and subsequent groups received 20, 25, 30 or 35 mg/kg doses. Dose increments were approved after reviewing data on adverse events in each cohort of patients. All participants received rifampicin in combination with standard doses of isoniazid, ethambutol and pyrazinamide.

The study measured rifampicin levels at days 7 and 14 of treatment. Mycobacterium tuberculosis colony-forming units were measured by culture on solid media at baseline and days 1 to 7, and days 12 and 14. Time to culture positivity was measured in liquid media at the same time intervals.

Rifampicin was well-tolerated at higher doses, with no grade 4 adverse events and only four grade 3 adverse events reported, with no association between increasing dose and incidence of grade 3 events. On the basis of these results, the researchers concluded that they had failed to identify a maximum tolerated dose, and research will now go forward to test a 35mg dose for safety and efficacy in a phase II study, and to test doses of 40 and 45mg for safety.

There was also a significant trend towards a reduced number of colony-forming units of m.TB at higher doses, and a sevenfold increase in total rifampicin exposure at the highest dose when compared to the standard dose. This increase in exposure was disproportionate to the increase in dose. However, very substantial variations in exposure were seen between individuals at each dose, indicating that pharmacogenomic factors such as genetic markers for rapid clearance of rifampicin will require attention in future research into the optimisation of TB regimens.

Another factor that will require attention is the interaction between rifampicin and the anti-HIV drug efavirenz (Sustiva, Stocrin, also in the combination drug Atripla). At a dose of 600mg, the effect of rifampicin on efavirenz levels is enough to persuade US physicians that the efavirenz dose should be increased to 800mg. What is unclear at present is whether the increase in rifampicin exposure is accompanied by a corresponding increase in the induction of efavirenz metabolism, or whether this effect hits a plateau at some point, beyond which the efavirenz dose would not need to be increased any further.

A webcast of the session in which this research was presented, TB and cryptococcal meningitis, is available on the conference website.