A tale of two trials: how adherence is everything in PrEP 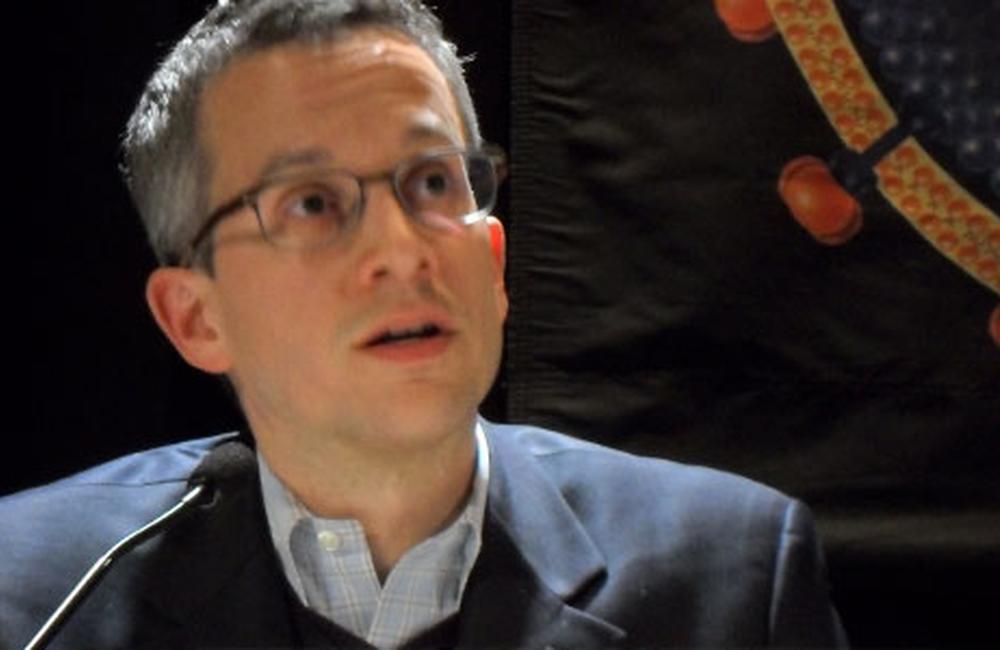 Jared Baeten. Photo by Gus Cairns / aidsmap.com
This article is more than 11 years old. Click here for more recent articles on this topic

Adherence makes all the difference to the efficacy of pre-exposure prophylaxis (PrEP), the 19th Conference on Retroviruses and Opportunistic Infections (CROI) heard today.

In April 2011, the FEM-PrEP study found that giving HIV-negative women tenofovir/FTC (Truvada) pills to prevent their acquiring HIV was totally ineffective: there was no difference in HIV incidence between women taking Truvada and women taking placebo.

In July 2011, however, the Partners PrEP study found that Truvada was 73% effective in preventing HIV transmission between heterosexual partners of different HIV status.

How do we explain why giving HIV-negative women antiretroviral pills made no difference to the HIV infection rate in one trial, but prevented at least two in every three infections in the other? The difference, it appears, is that in the Partners PrEP trial, adherence to the study medication was very high, whereas in FEM-PrEP, despite counselling and support, less than half the women took their PrEP pills regularly.

The Partners PrEP study enrolled 4758 serodiscordant couples in Kenya and Uganda; the HIV-negative partner was female in 38% of couples. This study had three arms: a daily tenofovir pill, a daily Truvada pill, or placebo.

There were 17 infections in participants on tenofovir, 13 on Truvada and 52 on placebo. Efficacy overall was 75% in those assigned Truvada and 67% in those assigned tenofovir, though confidence intervals (44% to 81% in tenofovir and 55% to 87% for Truvada) overlapped, so the efficacy of the two regimens was the same statistically. The same was true of efficacy observed in women (65%) and men (70.5%).

Adherence according to pill counts of unused medication was 97%. A substudy (Donnell) compared tenofovir levels in the blood of 29 out of the 30 people who became infected in the two PrEP arms with levels in a random selection of 198 people who did not become infected.

In the FEM-PrEP study, 2056 HIV-negative women in South Africa, Kenya and Tanzania were randomised to take a daily Truvada pill or a placebo. The trial was stopped when an interim analysis found near-identical HIV infection rates in both trial arms. There were 33 HIV infections in women taking Truvada and 35 in women taking placebo; this translates into annual incidence rates of 4.7% and 5.0% respectively. This 0.3% difference is no difference at all, statistically speaking (hazard ratio 0.94, 95% confidence interval 0.59 to 1.52, p = 0.81).

Participants in the study said they took their pills 95% of the time and adherence as measured by pill count was 85%. However when drug levels of tenofovir and FTC were measured in the blood of women assigned to Truvada, the investigators found that less than 50% of the women who should have been taking the drug had actually done so in the last 12 days, and less than 40% within the last 48 hours.

In FEM-PrEP, there were five cases of drug-resistant virus (all with the single M184V FTC resistance mutation), four in the Truvada arm and one on placebo. Two of the four cases in women assigned Truvada were clearly cases of transmission of virus that was already drug-resistant and not caused by women partially adherent to PrEP becoming infected, while the other two are still under investigation.

One observation common to both studies was that the only side-effect that was measurably different between drug and placebo was nausea and vomiting. In Partners PrEP Truvada was associated with a modest increase in gastro-intestinal symptoms in the first month and in FEM-PrEP the rates were also significantly higher. Whether this is enough to deter participants from continuing their pills who are not strongly motivated needs further research.

Why were there differences in adherence?

Jared Baeten and Lut van Damme, principal investigators respectively of Partners PrEP and FEM-PrEP, were asked why they thought adherence was so much lower in FEM-PrEP than in Partners PrEP.

Baeten commented that they were very different populations. The men and women in Partners PrEP had to define themselves as being in a stable relationship – stable enough to last for at least the two-year length of the trial. Partners would have encouraged their spouse to take their pills, and a qualitative study has already confirmed that many participants saw PrEP as an opportunity to preserve their relationship despite the strain imposed by different HIV status.

He was asked why PrEP would be used in a couple where it would be more logical for the HIV-positive partner to be on treatment. He said one use of PrEP within couples might be to bridge the gap in time between the positive partner’s diagnosis and their starting treatment and becoming virally undetectable.

Van Damme said that the women in FEM-PrEP were much younger and had high levels of sexually transmitted infections (STIs). Initial qualitative surveys had shown that many did not believe themselves to be at high risk of HIV, despite high incidence in their community. There was also a high pregnancy rate in the study despite reported high levels of oral contraceptive use, showing that low adherence to medications was not restricted to Truvada. There was no evidence that participants were sharing their pills with others and, contrary to what the data initially suggested, the pregnancy rate was no higher in women taking PrEP, ruling out theories that interactions between the PrEP drugs and the menstrual cycle may have made women more vulnerable to HIV.

“What we have learned from this trial is that risk perception and understanding one’s own risk are important motivators for people to use biomedical prevention methods,” she concluded.

Dr Sharon Hillier of the Microbicides Trial Network, commenting on the PrEP trials at the conference, commented: "PrEP is very, very effective if you use it very, very well."