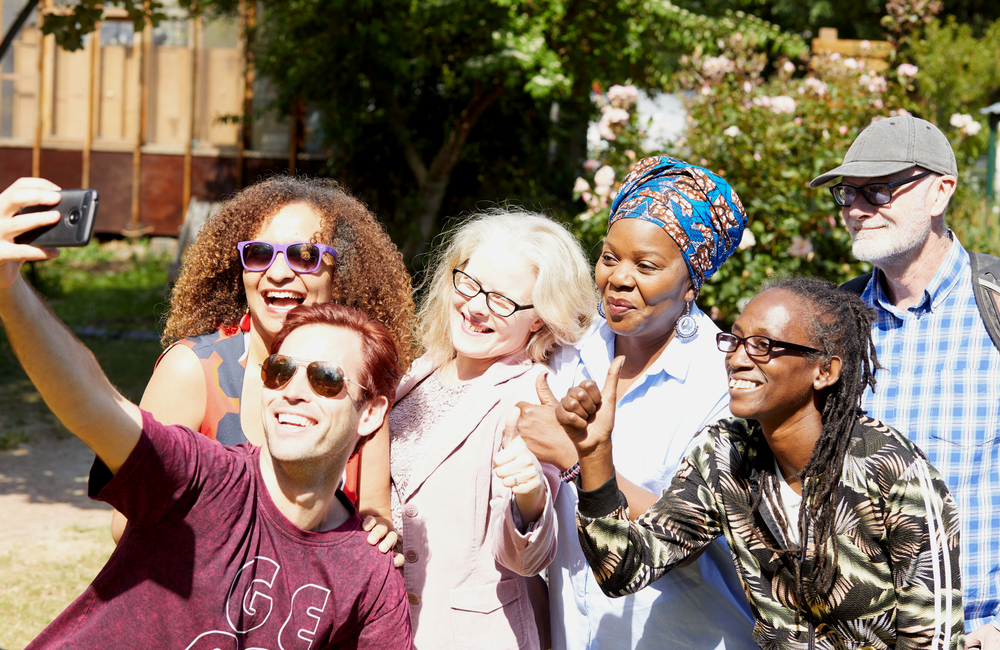 HIV stigma has a deadly and detrimental impact on health outcomes. It fuels stereotypes, prejudice and discrimination. It discourages people who don’t know they have HIV from testing while adding to depression and isolation in those living with HIV. HIV stigma has always been taken seriously within the HIV response and we must continue to do so.

Person-centred language is seen as one way to address this. Person-centred language involves saying ‘people who inject drugs’ (rather than ‘drug users’). It’s avoiding writing abbreviations to describe people (e.g. PLHIV). It’s calling us ‘people (living) with HIV’ (rather than HIV-positive people). Putting the person before the disease re-centres our humanity. This intentional word choice is also used among disability and other health movements. It recognises that we are more than our health conditions or actions – we are people first.

In a recent publication in the Sexually Transmitted Infections, Kristen McPherson of Oklahoma State University and colleagues report that many HIV researchers do not use person-centred language in their publications and that this is stigmatising.

A ‘snapshot’ study in which information is collected on people at one point in time. See also ‘longitudinal’.

Language evolves: we used to be ‘victims’ of the virus or ‘suffering’ with the virus, and now we’re people living with it. It’s important to recognise the way language can be triggering, especially for those who’ve lived during the earlier days of the epidemic.

McPherson’s cross-sectional study looked at the use of person-centred language in HIV related research publications that were written in English and published between 2017 and 2021. The timestamp is important because UNAIDS published an HIV terminology guide in 2015. The guide puts forward appropriate language to use in the global HIV response but anticipates that the guidance will evolve over time.

McPherson and colleagues only included publications that had been published in journals with 20 or more HIV related articles. The publications could be of any type, including original articles, but had to involve people as study participants. They analysed 237 studies that fitted the criteria and compared their use of language to the American Medical Association’s Manual of Style guidelines. The manual is used by all types of health writers and researchers. It has a global reach, and encourages medical researchers to use person-centred language in their writing.

They found that ‘HIV-infected’ or ‘AIDS-infected’ was used in 57% of the articles and ‘HIV-patient’ or ‘AIDS-patient’ in 30% of cases. I find it particularly shocking to see ‘AIDS-infected’ because it doesn’t make sense clinically or biologically. Your chance of being ‘AIDS infected’ is the same chance of scientists developing an ‘AIDS vaccine' – it’s never going to happen.

"These guidelines are for researchers and publishers, but should not determine how people with HIV use language."

It was interesting to see the regional differences; Europe did particularly badly at not adhering to person-centred language, but we also need to consider if the Anglophone standard of what is stigmatising translates (literally) into other languages. North America (where English is the first language) had the most compliant articles. It’s worth noting that the low number of publications from the global South as a whole, likely flagging bigger issues about funding equity. Moreover, I feel uneasy that the American Medical Association’s manual was used to assess publications from across the world.

Getting back to the focus of the paper: I question if the lack of person-centred language inherently makes something stigmatising. Although I may use ‘people with HIV’ or ‘people living with HIV’ to refer to us as a collective, I frequently and intentionally refer to myself as ‘HIV-positive’. Call it a form of reclaiming – I don’t want to distance myself from the three letters.

One could argue that ‘mother-to-child transmission’ is person-centred language, but for decades women have spoken out against its use because it stigmatises pregnant women. The alternatives that are advocated for such as ‘vertical and perinatal transmission’, are gender-inclusive and avoid the blame game precisely because they are not person-centred. Which shows that a person-centred approach doesn’t work every time.

The article does go on to discuss the impact of using language that is not person-centred; evidence shows that it can lead to poorer health outcomes and lower quality of care because of clinician bias and less receptiveness to medical advice. Stigma impacts how we relate to one another and ourselves.

Considering the majority of the publications received were original research (meaning the authors were in direct contact with people with HIV), I do wonder how they were interacting with their study participants – especially the authors who referred to people as ‘AIDS infected’.

McPherson and colleagues offer easy to follow recommendations. They say that researchers should consult the UNAIDS and other guidelines and replace terms such as ‘HIV-infected’ with person-centred language, such as ‘people living with HIV’ or ‘people with HIV’. This is an approach that is also advocated for by the People First Charter, which was launched last year to advocate for removing stigmatising language in HIV research. The charter also suggests avoiding saying ‘mother-to-child-transmission’.

They also call on journal editors to recognise their role in tackling HIV stigma, which is something I have experienced as a writer and editor. When I recently co-edited a special collection on HIV and women with Dr Shema Tariq, it was something we insisted on. As a contributing writer, I know that NAM also pays close attention to terminology beyond and including person-centred language.

I agree with the authors’ intent, as I do with the wider calls for stigma-free language. My only concern is if it will lead us to expect that we read from the same script: I think it’s important that these guidelines are for researchers and publishers, but not broadened to determine how people with HIV use language.

" I find it particularly shocking to see ‘AIDS-infected’ because it doesn’t make sense clinically or biologically."

For example, I interviewed people living with haemophilia and other blood disorders who were given blood products infected with HIV and hepatitis C in the 1970s and 1980s. The people I interviewed frequently used ‘infected’. It stood out to me, because I am not used to hearing people with HIV saying this word! Regardless of whether the wider community of people living with HIV would be jarred by it, it is a biologically accurate word to use and considering the context was important for them to use. At the same time, I do feel shocked when I hear people refer to themselves as being HIV: “I am HIV”. It’s something that doesn’t quite make sense to me.

I think we need to consider nuance and give space for clinically and biologically accurate terminology even when they are seen as stigmatising. Generally though, there is an international consensus on appropriate terminology to use within HIV research. While nuance is always important, researchers would do well to pay attention to the current consensus. Language evolves and no doubt will continue to do so, so it is important that medical researchers keep up!

Birmingham's HIV and Aids memorial to be 'a beacon of hope'

Artists have created an Aids and HIV memorial to challenge the stigma that still surrounds the condition. The 6m steel sculpture, which depicts two interlocking heart-shaped ribbons, was designed by Garry Jones and made by Luke Perry.
BBC News
1 Jul 22
Combatting stigma

It's Sunday morning at the end of October 2021 and I idly flick through my Twitter feed. A Tweet from the director of aidsmap, HIV activist and campaigner Matthew Hodson catches my eye.
Journal of Evaluation in Clinical Practice
24 Jun 22
Monkeypox

With monkeypox, the world must heed the lessons of HIV/AIDS

As monkeypox moves towards the top of the international news agenda, the world has a small window of time to prevent the same mistakes that fuelled HIV/AIDS-related panic, fear and discrimination.
Al Jazeera
1 Jun 22
Tuberculosis & HIV

Words Matter, which was first published almost a decade ago, is seen as a key instrument to encourage positive change, and sensitize and promote the appropriate language.
Stop TB Partnership
30 May 22
Conception

Sperm Positive launched in New Zealand in December 2019 in part to fight HIV stigma and get the word out that people living with HIV can become parents to healthy HIV-negative children.
POZ
21 Dec 21
More editors' picks