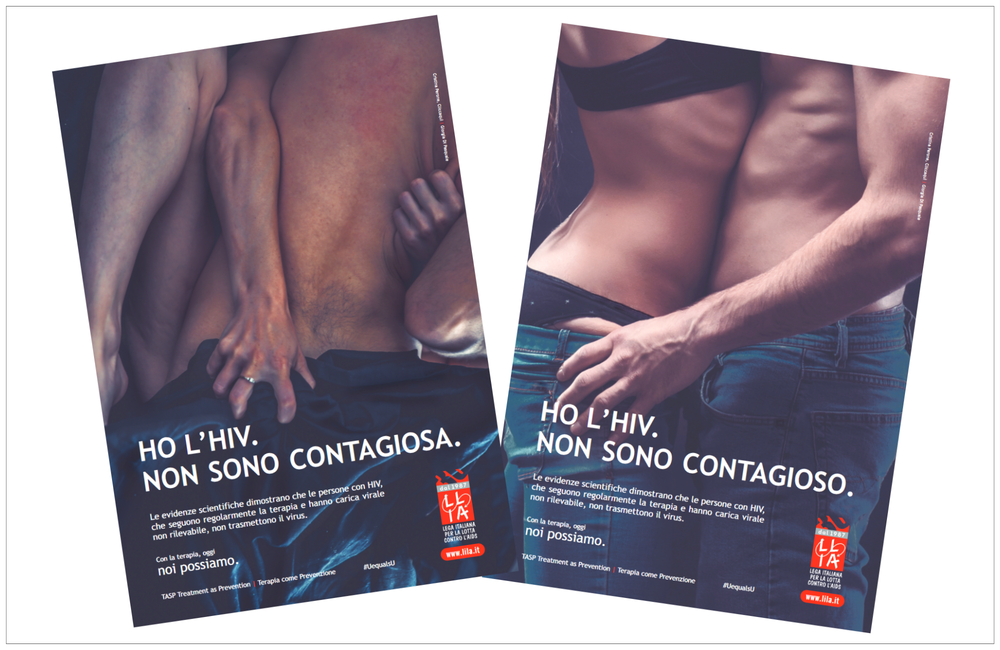 An Italian nationwide survey found that three-quarters of people living with HIV had heard about Undetectable = Untransmittable (U=U), while just under half of HIV-negative people surveyed had heard about it. A high number of infectious disease doctors were aware of U=U. However, in none of the groups sampled did all participants  who had heard of U=U fully believe in its complete accuracy.

Undetectable = Untransmittable (U=U) has been a life-changing concept for many people living with HIV. However, research indicates that it is not always widely known – especially among those who are not living with HIV. When it is known, there is often disbelief regarding its accuracy.

Previous research with HIV-negative gay men in Australia found that they were uncomfortable relying on an undetectable viral load to prevent HIV, while a large US study found that while over 80% of men living with HIV perceived U=U as accurate, nearly half of the HIV-negative gay men sampled, as well as those who did not know their status, did not perceive U=U as accurate.

Dr Antonella Cingolani from the Catholic University of the Sacred Heart in Rome and colleagues surveyed a total of 1,121 participants online, 634 of whom were HIV-negative people engaging in condomless sex. Most were younger than 40 (73%), male (68%) and university educated (62%). They were mostly gay or bisexual (65%) and reported a median of two sexual partners in the past year. No PrEP-related data were reported.

Ninety infectious disease doctors also participated, the majority of whom were younger than 40 (54%) and female (59%). Of the 73 doctors treating people living with HIV, about half had less than 100 patients living with HIV, while 30% had more than 400. While the majority (53%) had less than ten years of experience managing HIV, just over a quarter had more than 20 years of experience.

All participants were asked if they had heard of U=U. Those who responded that they had were presented with a follow-up question regarding their belief in the accuracy of the concept; this response could range from 1 (completely inaccurate) to 4 (completely accurate). While 92%, 75% and 47% of doctors, people living with HIV and HIV-negative people had heard about U=U respectively, 80% of people living with HIV and doctors who were aware believed it to be completely accurate, while only 67% of HIV-negative people said the same. Although 59% of HIV-negative participants indicated that U=U totally or somewhat changed their attitude towards sex with someone living with HIV, the remainder stated that it had little or no effect.

Most people living with HIV reported life improvements because of U=U: 72% reported an improvement in their sex lives, while 57% reported a reduction in HIV-related stigma.

Just over half of people with HIV indicated that their doctors had informed them about U=U, while 21% stated that it was not mentioned during medical visits and 28% only had the discussion after asking for information on U=U. While 33% of people living with HIV were told by their doctor that they could have condomless sex if they are undetectable, 40% were told that condoms were necessary.

Despite the doctors and people living with HIV coming from the same centres, there were some discrepancies noted. For instance, over two-thirds of doctors felt that they spent enough time explaining U=U, with 17% indicating that they took a great deal of time to explain the concept. Most (61%) felt that their patients understood the concept. However, only 39% reported having specific materials related to U=U, such as pamphlets and posters. Most doctors (63%) reported performing viral load tests twice a year, and 82% reported that knowledge of U=U did not impact upon the frequency of viral load testing.

Middle-aged people living with HIV, for example those aged 40-50 were half as likely to have heard of U=U than those younger than 40 (Adjusted Odds Ratio (AOR) 0.46, 95% Confidence Interval (CI) 0.24–0.89). Factors associated with a higher likelihood of U=U awareness included being male (AOR 2.42, 95% CI 1.30–4.50) and being on treatment for more than five years (AOR 2.62, 95% CI 1.30–5.28). Those who had heard about U=U in from a community organisation or at their hospital were twice as likely to believe that it was completely accurate, compared to those who had heard it elsewhere.

"80% of people living with HIV and doctors who were aware of U=U believed it to be completely accurate, while only 67% of HIV-negative people said the same."

“The present study showed some inconsistency between awareness and perception of accuracy of the message U=U in people living with HIV and physicians suggesting that there is still low confidence in the community regarding the message itself,” the authors conclude.

“More efforts should be implemented to spread the U=U message among subgroups who might benefit from targeted educational campaigns. The results of the present study suggest how even in Italy the dissemination of the U=U concept is still far from being universal and adequate. Dissemination of the message among people who have unprotected sex is far from being efficaciously implemented and should represent a priority for increasing knowledge, decreasing HIV stigma and increased access to HIV diagnosis.”

Cingolani A et al. Awareness and perception of accuracy of the Undetectable = Untransmittable message (U=U) in Italy: results from a survey among PLWHA, infectious-diseases physicians and people having unprotected sex. AIDS Care, published online 17 May 2022.